1 in 4 Americans on verge of financial ruin 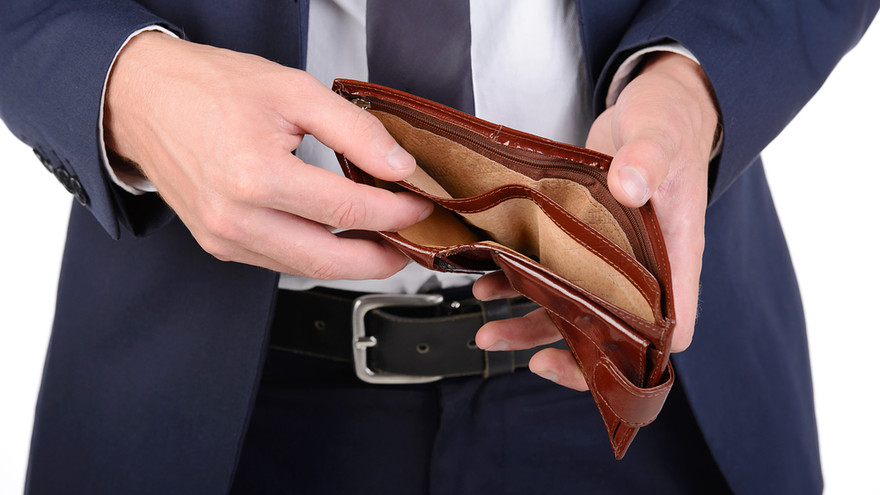 Shutterstock.com / VGstockstudio
The rich keep getting richer. The rest of us aren’t so lucky.

According to a survey released Tuesday by Bankrate.com of more than 1,000 adults, nearly one in four Americans have credit card debt that exceeds their emergency fund or savings. And that’s partially because many people, in addition to their debt, don’t have a dime in their emergency fund at all: another Bankrate survey released earlier this year found that 29% of Americans have no emergency savings at all.


These numbers mean that many Americans are “teetering on the edge of financial disaster,” says Greg McBride, Bankrate.com’s chief financial analyst — thanks to the fact that they might be hard-pressed to pay for an emergency should one arise. “Not only do most of them not have enough savings, they’ve all used up some portion of their available credit — they are running out of options.”


That’s particularly problematic considering that emergencies happen more often than you might think. A 2014 survey by American Express found that half of all Americans had experienced an unforeseen expense in the past year — some of which could be considered an emergency. Indeed, 44% of those who had an unforeseen expense(s) had one for health care and 46% for car trouble — two items that for many Americans are must-pay items, as you need a car to get to work and your health expenses are usually not optional.

Some groups — for example, the 30 to 49 age group — are in worse off than others when it comes to credit card debt and savings. This group is in particularly rough shape, likely it faces child-related and mortgage expenses.

For consumers, the ideal situation is to have no credit card debt and at least six months of savings in an emergency fund (more if you have dependents), experts say. But the reality is that most of us don’t have even close to that (just 52% of Americans have more emergency savings than credit card debt, the Bankrate survey revealed).

The good news: If you have no emergency savings, or more debt than savings, experts say you can remedy that situation. Some recommend paying off your credit card debt first (focus on paying as much as you can on the highest-interest-rate debt and the minimums on all others) and then building up savings, but others say you should try to do both at once. “When you have high interest credit card debt, I recommend saving just enough to cover short-term emergencies (your washer or dryer breaks, your car needs new brakes) — that might be one or two thousand dollars,” says Doug Bellfy, a financial advisor at Synergy Financial Planning in Glastonbury, Conn. “Then attack the credit cards and only then go back and complete building your emergency fund.”

Wan McCormick, a financial planner with Reliable Alliance Financial in Fairfax, Va., agrees with the split strategy: “Based purely on the numbers, one might recommend to focus on the high-interest rate credit debt since it costs more money out of pocket…however, oftentimes, unexpected events happen, and without an emergency fund, consumers with high-interest rate debts usually resort back to loans and most frequently, the credit card, since it is the easiest form of accessing money,” he says. To do both at once, McBride recommends setting up a direct deposit with part going into savings and part toward your credit card.

This story was originally published in February 2015.