10 Horrifying Stories Of Life In The Wild West

10 Horrifying Stories Of Life In The Wild West


While the Wild West wasn’t quite the world of gunslingers and desperadoes portrayed in movies, it was still a dangerous place. With law enforcement often miles away, criminals flourished, and people were left to take matters into their own hands—often with terrifying results.

10The People Under The Floor 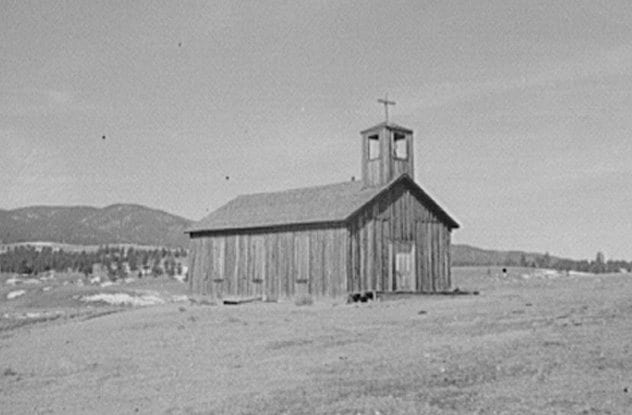 Photo credit: John Collier
In 1870, a man was making his way through the lonely mountains of New Mexico when he came across a stout wood cabin tucked at the foot of the Palo Flechado pass. The owner introduced himself as Charles Kennedy and invited his new acquaintance inside for a meal.
As Kennedy’s Ute wife served dinner, the traveler sat next to the couple’s young son and asked if there were other Native Americans nearby. The boy looked back at him for a moment and then answered: “Can’t you smell the one Papa put under the floor?”
The unfortunate traveler had stumbled into the lair of one of the West’s most notorious killers. Charles Kennedy killed at least 14 people who stopped at his isolated homestead on their way through the pass. After shooting the traveler, Kennedy beat his son to death for nearly warning the man in time to escape.
The murder of their son was too much for Kennedy’s wife, who slipped out of the house while her husband was drunk and walked to Elizabethtown, where she made a full confession. After unearthing the grisly evidence, the townsfolk dragged Kennedy behind a horse until he died and then staked his severed head outside the local inn. 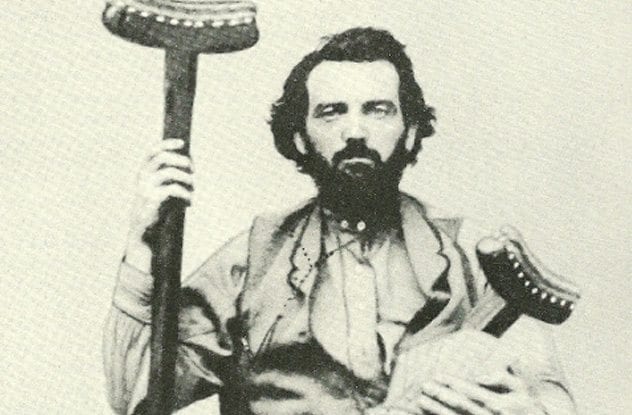 Photo credit: Wikimedia
The leader of the mob that butchered Charles Kennedy was Clay Allison, a violent local vigilante who might have racked up a higher body count than the serial killer he beheaded. On one occasion, he tried to settle a petty dispute with a neighbor by digging a grave and proposing that they have a knife fight inside it, thus saving the effort of moving the loser’s body.
Allison gained notoriety as one of the deadliest participants in the Colfax County War, a massive land dispute that caused up to 200 murders. At the start of the war, Allison organized the lynching of a local constable he suspected was moonlighting as an assassin. When the dead man’s uncle came looking for revenge, Allison got the drop on him and shot him dead in the local saloon. He reportedly then stripped naked, tied a red ribbon around his penis, and did a “war dance” around the crime scene. 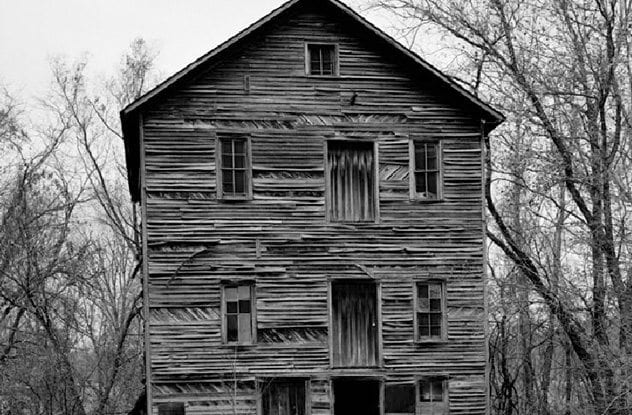 Photo credit: Wikimedia
Nobody’s certain exactly what caused the feud that left 11 men dead in Judge Blackhawk Sixkiller’s courtroom at Going Snake. Whatever it was, it came to a head in 1872, when Zeke Proctor rode up to Jim Kesterton’s mill and opened fire. The miller recovered from his wounds, but his wife, Polly Beck, was hit by a stray round and killed.
The murder took place in the Cherokee Nation, and Proctor and Beck were both Cherokee, so it seemed obvious that the case would be handled by the Cherokee courts. But Proctor came from a well-connected family and was a member of the powerful Keetoowah Society. As a result, the Becks argued that they couldn’t get a fair hearing in Indian Territory. They wanted the case transferred to the federal court at Fort Smith. When their request was rejected, a group of Becks burst into the courtroom and opened fire.
But things went wrong for the Becks, who found themselves crowded in the doorway of the windowless courtroom. Zeke Porter somehow produced a gun and fired back, as did several guards. The planned massacre turned into a nightmarish close-range battle. Eleven men died: seven Becks, two Proctors, a lawyer, and a US marshal. The participants quickly scattered, and nobody was ever convicted over the incident.
7The Crusade Of Felipe Espinosa 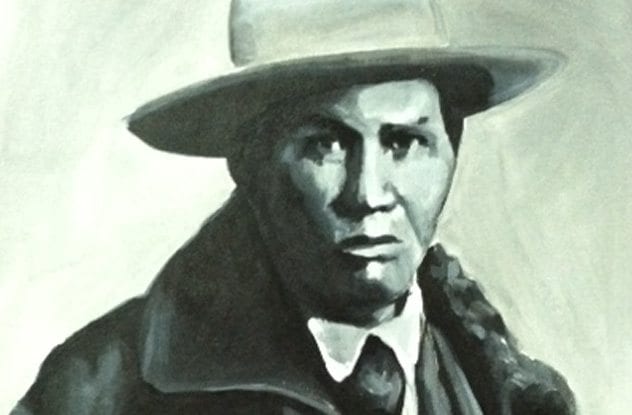 Felipe Espinosa was a petty criminal who deeply resented the movement of Anglo-American settlers into 19th-century Colorado. He was also a fanatical member of the Penitentes, a local Catholic brotherhood known for whipping themselves bloody and performing other acts of self-mutilation. When American soldiers tried to arrest him for banditry, Felipe declared his own personal war on the Protestant interlopers.
Accompanied by his brother Vivian, and later his nephew Jose, Felipe roamed through the mountains of Colorado, slaughtering every Anglo he came across. Some of the bodies were found with a cross carved into their chest. Felipe wrote taunting letters to the governor, telling him to inquire if anyone had ever “killed as many men as the Espinosas. We have killed thirty-two.” Despite a massive manhunt, which killed Vivian Espinosa, Felipe remained elusive. In a letter to his wife, he boasted:
They have hands and cannot touch me;
They have feet and cannot catch me;
They have eyes and cannot hear me;
They have ears and cannot hear me.

The desperate government finally hired the famed mountain man Tom Tobin, who tracked Felipe and Jose Espinosa through the Sangre de Cristos and personally killed both in a bloody battle near the summit of Mount Mestas. Tobin then returned to Fort Garland and collected his bounty by dumping Felipe Espinosa’s severed head in front of the shocked colonel who had hired him.

don't answer as it isn't a question
Sound of Silence

Really enjoy the wildwest stuff u post...back in the day I used to subscribe to True West Mag, read them cover to cover.
America CAN'T be great again, Until it's MONEY is GREAT AGAIN!

“Thinking is the hardest work there is, which is the probable reason why so few engage in it.”

don't answer as it isn't a question
Click to expand...
Dang! I always miss the drama...
They use force, to make you do, what the deciders have decided you must do.