The Luxembourg newspaper Luxemburger Wort reported Thursday that it has emerged that at the end of June no less than 90 police, accompanied by prosecutors and a federal judge launched a massive raid on the headquarters of the private bank Edmond de Rothschild (BPERE).

The scale of the operation against a financial institution was unprecedented the paper explained and it was linked to the bank’s involvement in 1MDB, described as “possibly the largest money laundering operations ever uncovered in the Grand Duchy”.

It means that yet another of the world’s most prestigious and in this case oldest banks has been caught red-handed over its willingness to handle the proceeds of grand-scale corruption from countries like Malaysia.

Before the raid, the Chief Executive Arianne de Rothschild (see featured image) had brushed aside journalists and laughed smugly when assured by her associates that she and her bank were “untouchable”. It was caught on camera.

The cause of the Luxembourg investigation lies with the banking transactions carried out by the bank CEO Marc Ambroisien on behalf of the now arrested former IPIC boss Khadem Al Qubaisi (KAQ).

As earlier exposed by Sarawak Report, Ambroisien, who has now been sacked, managed a web of private companies for KAQ, both during and after his role as Chief Executive of the bank, using off-shore secrecy to hide their activities. Ambroisien remained director of these companies and also a number of French property holding companies on KAQ’s behalf until just a few days ago.

Sarawak Report has demonstrated how through these companies stolen 1MDB money was used to fund multi-million dollar payments for the purchase of the Topaz super-yacht attributed to the Abu Dhabi Sheikh Mansour, but used by KAQ and his circle of friends, including Jho Low and Leo di Caprio.

Cash also flowed into the shareholder company which owns the Hakkasan entertainment chain, which observers believe has seen over a billion dollars worth of investment over the past four years.

Spot the sponsorship logos! – After buying a 25% share in STR, the IPIC boss then organised sponsorship by CEPSA, Nova Chemicals and Falcon Bank, all of which he controlled

Another of the companies set up under KAQ’s Vasco Trust umbrella, managed by BPERE, was the Luxembourg-registered Mondrion, which bought a 25% share in the Italian Formula One racing team Scuderia Torro Rosso (STR) back in 2011.

That investment of 20 million euros took place not long after KAQ had made his first serious cash from “commissions” over the Barclays Bank bail out deal financed by IPIC, of which he was the CEO. Statements show that between 2010 and 2012 almost $100 million was funnelled into Vasco by KAQ.

Luxemburger Wort then detailed how the sovereign wealth fund entrepreneur then apparently used his influence as the CEO of IPIC to channel money into sponsoring the team in which he held such a significant private stake.

Indeed in 2013 speculation was rife that IPIC would buy up the whole team from majority owner Red Bull.

“The IPIC involvement is led by it’s boss Khadem Al Qubaisi, who has been a regular fixture at Grands Prix in recent years and informed paddock opinion sees this group becoming shareholders in a team soon, perhaps Toro Rosso, depending on Red Bull’s long term strategy for its junior team” [F1 commentary]

Pattern of conflict of interest
Analysis has shown that KAQ repeated this pattern, exhibiting a clear conflict of interest in his management of a number of the key companies he controlled within the IPIC group. Put simply, he employed public money from the sovereign fund that he managed to back projects in which he had privately invested.

The Financial Times has already revealed, for example, how he located the CEPSA headquarters in a building he himself had leased, thereby ensuring a very good return.

The extent to which this selfishly orientated decision-making affected the well-being of the fund is now being examined by Khadem’s successors in Abu Dhabi, where he has finally been put under arrest.

After all, Aabar is believed to have lost at least $50 billion from its original $70 billion cash base and the fund, along with its parent company IPIC, is now being merged with the country’s other sovereign fund Mubadala.

Sarawak Report has further exposed how KAQ used Aabar to finance his own company’s bid to buy out Europe’s most expensive building, the Santander complex in Madrid, and also to back a number ofproperty ventures by his Tasameem Real Estate Company in New York. KAQ companies would take shares and Aabar would invest in the venture.

The KAQ obsession with fast cars, yachts, racing teams and other entertainments also appears to have featured as a major problem is this pattern of misappropriation

Indeed, one of the biggest loss-making enterprises into which Aabar poured hundreds of millions of dollars was Richard Branson’s Virgin Glactica project, which has collapsed after recent test-flight disasters.

Mixing business with pleasure, Branson joined up with KAQ’s party-loving crowd in Cancun.

Branson partied with KAQ in Cancun and was featured with one of his youthful friends at the resort on Facebook.

But the project went down in flames at enormous cost, as did so many of the other grandiose ventures.

In fact, the disastrous mismanagement of Aabar /IPIC and the arrest of its former boss KAQ amidst a developing multi-billion dollar scandal, may well turn into a key lesson for countries that are running sovereign wealth funds, which are headed by political figures and beset by weak corporate governance. Such organisations are set up to be corrupted.

But all this was well into the future when the youthful Jho Low first approached Prime Minister Najib in 2009 with his suggestion for a similar Arab-style sovereign wealth fund for Malaysia.

Since 1MDB was immediately used to steal money, it is plain that his pitch had been that sovereign wealth funds are a proven method of diverting billions under the protective cover of ‘country to country’ joint ventures, diplomatic deals and top official oversight.

Once Najib took the bait, Jho Low was soon linking up with his pal from Aabar to join the plunder.

Now that both of these flamboyant, party-loving looters have come a cropper, Malaysia has perhaps just one thing to be thankful of, which is that 1MDB’s $7 billion missing is far less than what is now missing from Aabar.

http://www.sarawakreport.org/2016/0...hild-bank-how-aabar-scandal-could-dward-1mdb/
Disclaimer: this post and the subject matter and contents thereof - text, media, or otherwise - do not necessarily reflect the views of the GIM2 administration. 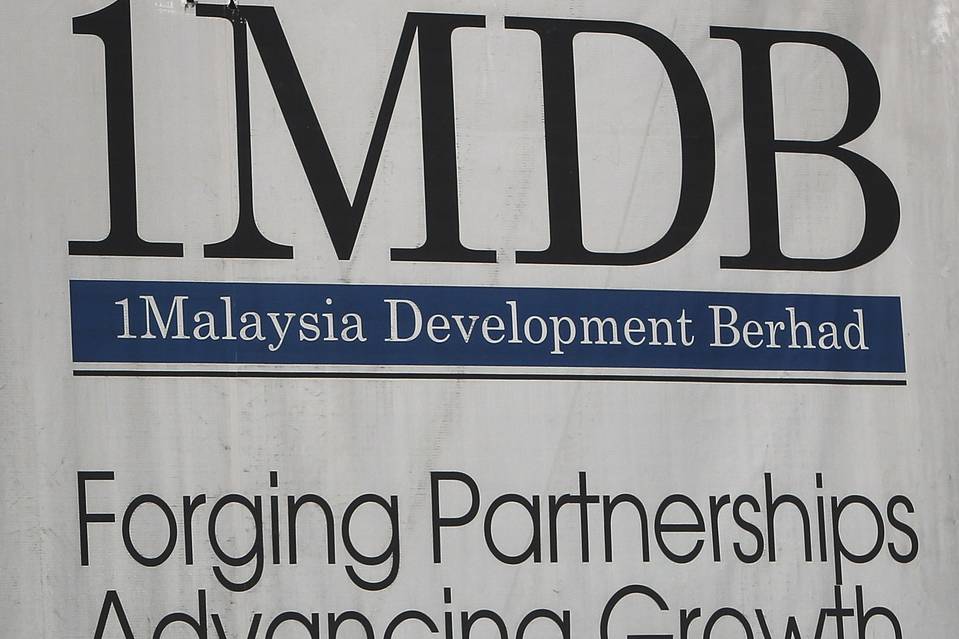 ENLARGE
A 1 Malaysia Development Berhad billboard at the flagship development site, Tun Razak Exchange in Kuala Lumpur, Malaysia, last July. The office of Luxembourg’s state prosecutor said Thursday that it is investigating whether hundreds of millions of dollars sent to an account at a bank in Luxembourg originated from 1MDB. PHOTO: ASSOCIATED PRESSA
By
SIMON CLARK
Updated April 1, 2016 11:19 a.m. ET
0 COMMENTS

The Luxembourg unit of Edmond de Rothschild Group, a private bank that manages money on behalf of wealthy clients, said it is “cooperating” with an official investigation of money that may have flowed from a Malaysian government investment fund at the center of various world-wide corruption probes.

The fund, 1Malaysia Development Bhd., was established by Malaysian Prime MinisterNajib Razak in 2009. The office of Luxembourg’s state prosecutor said Thursday that it is investigating whether hundreds of millions of dollars sent to an account at a bank in Luxembourg originated from 1MDB.

“Edmond de Rothschild Europe is actively cooperating in the judicial proceedings,” a spokeswoman for the bank told The Wall Street Journal. An official at the Luxembourg justice department declined to comment on the identity of the bank in question. 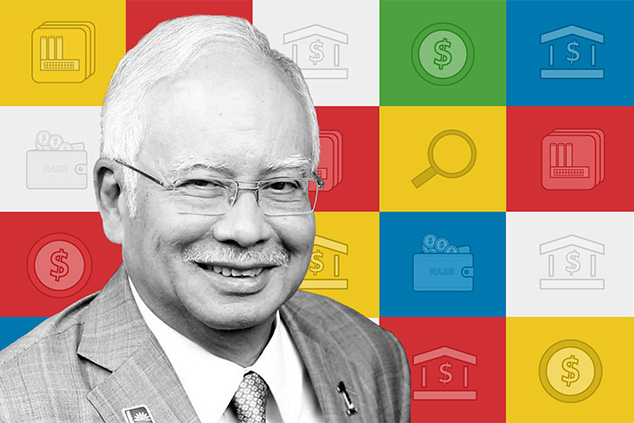 1MDB was created to invest in local energy and real-estate projects to boost the Malaysian economy. The fund amassed $11 billion in debt which it has struggled to repay. Last July,The Wall Street Journal reported that almost $700 million was transferred to Mr. Najib’s bank accounts via a web of entities, money which investigators believe originated with 1MDB. 1MDB has denied sending money to Mr. Najib’s accounts and denied wrongdoing and said it is cooperating with probes.

Edmond de Rothschild Group had €150 billion ($170.8 billion) of assets and 2,700 employees as of June 30. The bank was started by Edmond de Rothschild in Paris in 1953.Benjamin de Rothschild succeeded his father as head of the group in 1997. Last year, Benjamin appointed his wife, Ariane, chairwoman of the executive committee.

The Luxembourg prosecutor said in a statement Thursday that its inquiry is focused on the movement of funds through a number of accounts of offshore companies in Singapore, Switzerland and Luxembourg. The investigation centers on the flow of 1MDB money related to two bonds the fund issued in May and October 2012. 1MDB, in a statement, said it had not been contacted by authorities in Luxembourg.

The Luxembourg prosecutor didn’t give details of the bonds but appears to refer to two bonds that Goldman Sachs Group Inc. sold for 1MDB in May and October 2012, raising a total of $3.5 billion. A spokesperson for Goldman Sachs declined to comment.

Separately, The U.S. Department of Justice has asked banks including Deutsche Bank AGand J.P. Morgan Chase & Co. for documents related to their interactions with 1MDB, according to people familiar with the matter. Officials from the department traveled to Kuala Lumpur recently to interview the banks, the people said. Neither is a focus of the Justice Department’s probe, they added. The Department of Justice and 1MDB didn’t immediately respond to requests for comment.

Deutsche Bank, as 1MDB’s banker, was involved in sending $1 billion of the fund’s money out of the country in 2009, according to documents that form part of a probe into 1MDB by Malaysia’s auditor general. The money was meant for a joint venture between 1MDB and a Saudi oil company, but $700 million of the total instead ended up being transferred to another company, the documents show. What happened to the funds is unclear. J.P. Morgan was the banker for 1MDB’s joint venture with the Saudi company. Both J.P. Morgan and Deutsche Bank declined to comment.

—Tom Wright in Hong Kong and Yantoultra Ngui in Kuala Lumpur also contributed to this article.

http://www.wsj.com/articles/edmond-...erating-with-luxembourg-1mdb-probe-1459513530
Disclaimer: this post and the subject matter and contents thereof - text, media, or otherwise - do not necessarily reflect the views of the GIM2 administration.