Argentina’s government has signaled it will discourage the use of cryptocurrencies as part of a proposed, nearly $45 billion debt restructuring deal with the International Monetary Fund (IMF), leaving the country’s crypto sector questioning what this policy could mean if approved.
In a memorandum outlining financial policies under the debt agreement, Argentina’s government laid out a framework with goals from 2022 to 2024. These focus on government policies targeted to help the country’s growth and resilience.
The IMF announced on March 3 that it had reached a staff-level agreement with Argentine authorities, but several Argentine news sites spotted a paragraph referencing cryptocurrencies in a leaked draft of the text days earlier.
Per the text published by the IMF:

"Strengthening financial resilience. While commercial banks remain liquid and well-capitalized, strong bank oversight will continue, especially following the unwinding of pandemic-related regulatory forbearance. To further safeguard financial stability, we are taking important steps to (i) discourage the use of crypto-currencies with a view to preventing money laundering, informality and disintermediation; (ii) further support the current process of digitization of payments to improve the efficiency and costs of payments systems and cash management; and (iii) safeguard financial consumer protection."
Click to expand...

For now, crypto companies and organizations are still largely trying to figure out what the potential impact of discouraging cryptocurrencies would mean, exactly. An IMF spokesperson did not provide further information to The Block on March 17.


Argentina’s high inflation and foreign currency controls have contributed to local interest in cryptocurrencies over the past few years, turning Buenos Aires into a key hub for blockchain startups and innovation. The country ranked 10th on Chainalysis’ latest Global Crypto Adoption Index.

To gain clarity on the issue, nonprofit organization ONG Bitcoin Argentina announced on March 10 that it had filed a public information request addressed to the country’s economic minister, Martín Guzmán. The information request calls for the government to provide all documents, reports, administrative files, emails or other documentation that have evaluated cryptocurrencies and their links to money laundering and financial stability in the context of the IMF negotiations.

“We are convinced that the path is neither disincentives or prohibition, but to work in a coordinated manner with the private and public sectors to take advantage of the potential of decentralized finance, so that more and more individuals can transact in a secure manner and security forces can improve their abilities to combat cybercriminals,” ONG Bitcoin Argentina’s Executive Director Javier Madariaga wrote in a March 10 blog post explaining the action. “It worries us that the authorities are agreeing to disincentivize a technology that the population itself has already massively adopted, instead of unleashing its potential to address historic problems.”

Spanish-language outlets including Criptonoticias and iProUP previously reported on the ONG’s action.
Argentina’s Congress must approve the debt agreement before the IMF’s executive board can sign off on it. The country’s Senate discussed the debt restructuring deal extensively on March 17. Local reports indicate that Argentina's Senate will vote on the deal late Thursday or early Friday, following approval from the legislature's lower chamber on March 11.

© 2022 The Block Crypto, Inc. All Rights Reserved. This article is provided for informational purposes only. It is not offered or intended to be used as legal, tax, investment, financial, or other advice. 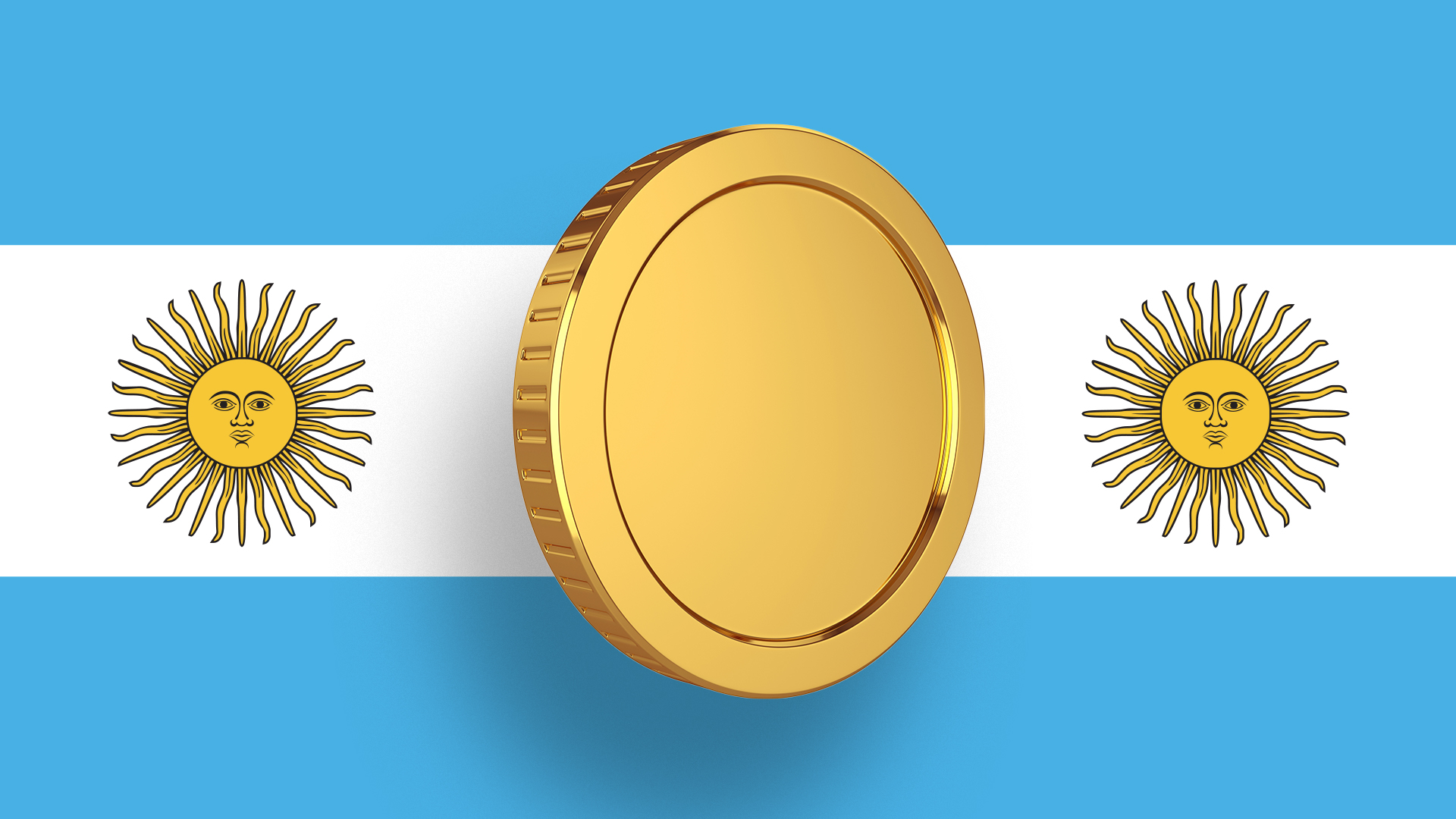 Argentina’s government has signaled it will discourage the use of cryptocurrencies as part of a nearly $45 billion debt restructuring deal with the International Monetary Fund (IMF), which is under debate in the country's Senate.

IMF, ie overlords, don't want the competition
so they tell them no loan if crypto yes

isn't argentina the one that goes broke about every 5 years or so?
Sound of Silence

Scorpio said:
According to a memorandum detailing planned financial policies, the government would “discourage” the use of cryptocurrencies to prevent money laundering and other activities.
Click to expand...

Scorpio said:
isn't argentina the one that goes broke about every 5 years or so?
Click to expand...

I believe they've defaulted a couple times in the last couple decades.
Hypocrite says "If you don't hold it, you don't own it!" ...turns around and buys PM "shares" from JPMorgan.
"It is no measure of health to be well adjusted to a profoundly sick society." ~ Jiddu Krishnamurti
"None are more hopelessly enslaved than those who falsely believe they are free." ~ Johann Wolfgang von Goethe
“In individuals, insanity is rare; but in groups, parties, nations and epochs, it is the rule.” ~ Friedrich Nietzsche™

In just a few short years we've gone from crypto being little more than a joke to the IMF now peddling it's loans on the condition of crypto avoidance. Imagine where things will be in another few years.
You must log in or register to reply here.
Share:
Twitter Share Link