keeping it all above board... 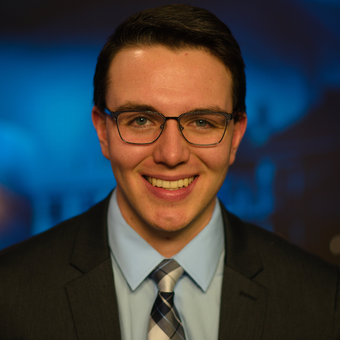 Two of the questioners at the ABC town hall featuring Democratic presidential candidate Joe Biden on Thursday had ties to high-profile Democrats, including one questioner who previously worked as a speechwriter in the Obama administration.

The queries came as President Trump, hundreds of miles away, was engaging in his own parallel town hall being aired on NBC. The ABC town hall was hosted by George Stephanopoulos, who was a communications director for the Bill Clinton White House and who has been a political journalist since 2002.

One of the questioners at the ABC-hosted event was Nathan Osburn, a former speechwriter for the Obama White House. Osburn specifically worked for the Office of Public Affairs at the Commerce Department under the Obama-Biden administration and at the Small Business Administration.


https://twitter.com/i/web/status/1316908984738238464
Osburn's profession was listed as "communications" on the ABC town hall graphic and his city was listed as Philadelphia, Pennsylvania.

Osburn was quoted in the Philadelphia Inquirer earlier this year as "a former Obama administration speechwriter" who had created a "Philly for Pete group" aimed at boosting former Democratic presidential primary candidate Pete Buttigieg. And the LGBTQ Victory Institute listed Osburn as a senior speechwriter for the Small Business Administration in an article praising the Obama-Biden administration for its LGBTQ hiring practices.

"Amy Coney Barrett's being pushed through at the last minute, even though millions have already voted. So what do you think about ideas from people like Pete Buttigieg and others to put in place safeguards that will help ensure more long-term balance and stability?" Osburn asked Biden. "And what do you say to LGBTQ Americans and others who are very worried right now about erosions of their rights and our democracy as a whole?"

Biden, during the exchange that followed that question, was asked point-blank by Stephanopoulos whether voters deserve to know his stance on court-packing, and Biden reversed his previous stance of refusing to say what that position is before Election Day. He told the moderator that he would take a specific stand on that issue depending on how Republicans handle the ongoing confirmation effort of Supreme Court nominee Amy Coney Barrett.

Another questioner at the town hall was Mieke Haeck, who ABC presented as a physical therapist from State College, Pa.


https://twitter.com/i/web/status/1316937650239143941
Haeck is also the wife of Ezra Nanes, a high-profile Democrat in Pennsylvania who in 2018 ran a campaign challenging Republican state Senate Majority Leader Jake Corman. Nanes is currently an at-large member of the Centre County Democratic Committee. Centre County is the county in which State College resides.

"My youngest daughter is transgender. The Trump administration has attacked the rights of transgender people, banning them from military service, weakening nondiscrimination protections and even removing the word 'transgender' from some government websites," Haeck said. "How will you as president reverse this dangerous and discriminatory agenda and ensure that the lives and rights of LGBTQ people are protected under U.S. law?"

"I will flat out just change the law," Biden responded.

The Democrat-tied questioners at the ABC town hall follow controversy earlier this month surrounding a Biden town hall held on NBC, which on Thursday was carrying the forum with Trump.


The Washington Free Beacon reported on Oct. 6 that two attendees who were identified as undecided voters at an NBC town hall with Biden had previously been shown on NBC's sister network, MSNBC, as Biden supporters.

When reached for comment about the participants with Democratic ties, ABC News directed Fox News to comments made by Stephanopoulos at the beginning of the event.

"And they're a group of -- some are voting for [Biden], some have said they're voting for President Trump, some are still undecided, and we're going to try to take questions from as many as we can tonight," Stephanopoulos told viewers.

Fox News reached out to the Biden campaign, Osburn and Haeck for comment and did not immediately receive a response.

All part of the Krazy Kangaroo Kabuki theater process called Democans vs. Republicrats.
.
.
Just my 7 cents (2 cents after taxes and inflation).