A simple mistake led one crypto user to sell his precious rock NFT for 444 WEI instead of 444 ETH, a tenth of a penny rather than $1.2 million.

It's a hard rock life for one crypto user. A clumsy keystroke and the actions of a sniper bot caused a million-dollar mistake on March 10.
A rock valued at 444 ether (ETH), or $1.2 million, sold for 444 Wei ($0.0012) to a bot as the seller, DinoDealer confused WEI and ETH. In a tweet, the seller said “in one click my entire net worth of ~$1 million dollars, gone.”

In one click my entire net worth of ~$1 million dollars, gone

Is there any hope?

The "bot sniped" refers to bot snipers, which initially came into usage on auction site eBay. Buyers looking to time their bid to the last second would use the tools, however, they are now prolific on NFT listings. The popular freelance website Upwork now lists bot sniping tools for the NFT platform OpenSea from as little as $200.

Once the bot snaps up the NFT or digital receipt, there’s no going back. Blockchains are constructed to be immutable so simple mistakes, such as confusing ETH and WEI, can be extremely costly.

Indeed, human error abounds in the crypto world. An unfortunate Bitcoin (BTC) user recently lost $10,000 (0.25 BTC) in a mistake that could have been avoided had they double-checked the receiver wallet address.

The seller, DinoDealer, seems to have come to terms with the loss, publicly sharing the address of the rock’s bot snipe. They made light of the situation by uploading a new Twitter profile picture and adding a crying emoji after their Twitter handle. Their avatar stands next to the precious rock, crossed out in red.

More jokes came from DinoDealer's futile attempt to reach out to the “crypto customer service.” Their attempts to speak to members of the crypto community were met with replies from suspicious users purporting to help, offering email addresses and WhatsApp numbers. 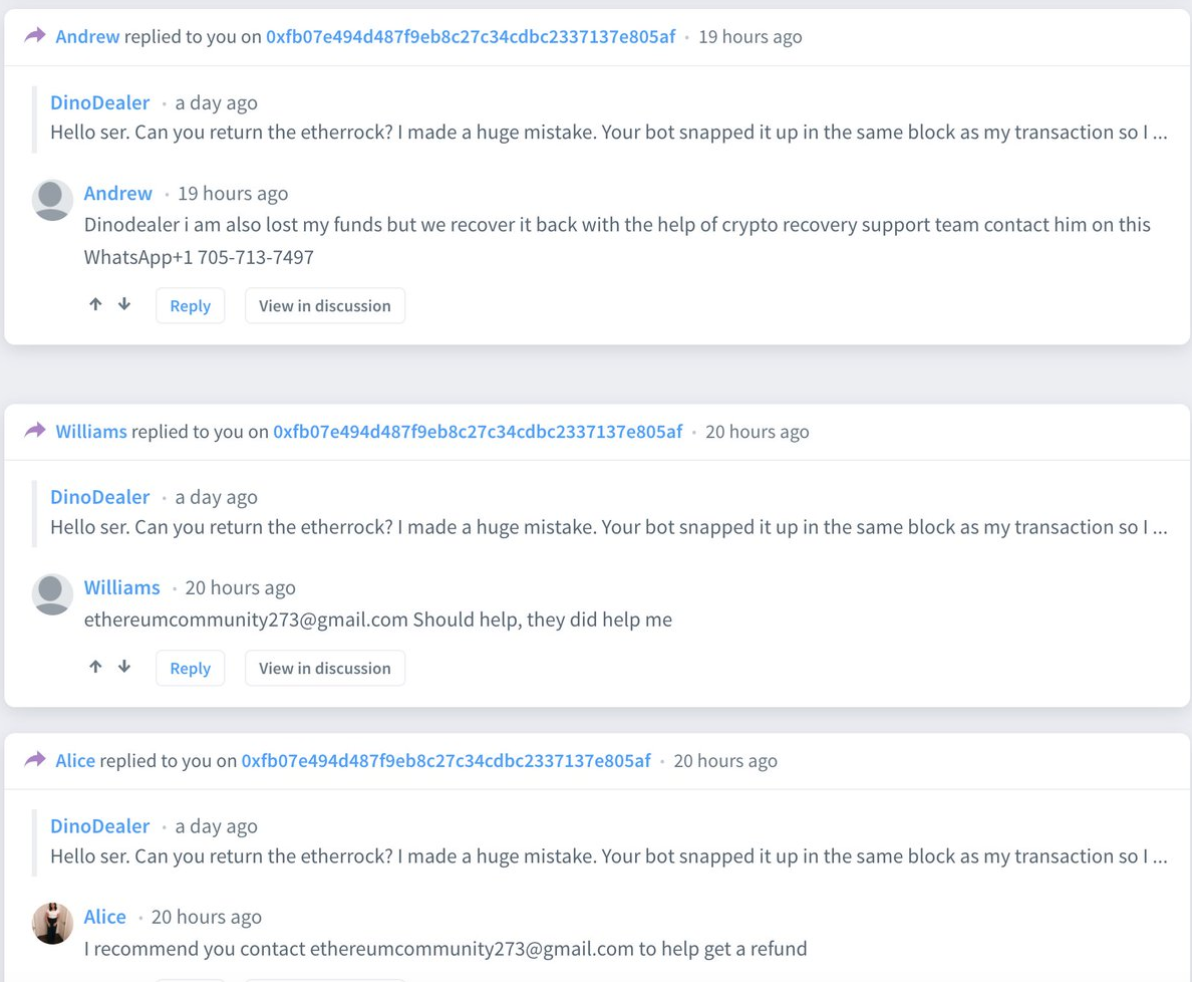 Screenshots of the conversations DinoDealer had with "crypto customer service." Source: Twitter
Do not reach out to these numbers or email addresses.
The past month has been tumultuous for seemingly minor errors with potentially dire consequences. In some cases, a simple mistake can wipe millions of dollars of market value increasingly common.

A Coinbase white hacker discovered a mistake in the Coinbase Pro code which could have nuked the market, while frantic bot trading behaviors drained the WTF token launch of 58 ETH. “Poor liquidity pool management” left the launch exposed.
In better days for DinoDealer, other crypto rock enthusiasts have come to his aid, one user sending the geologist salesman a picture of the rock with glasses and headphones, signed “mfer rocks.” 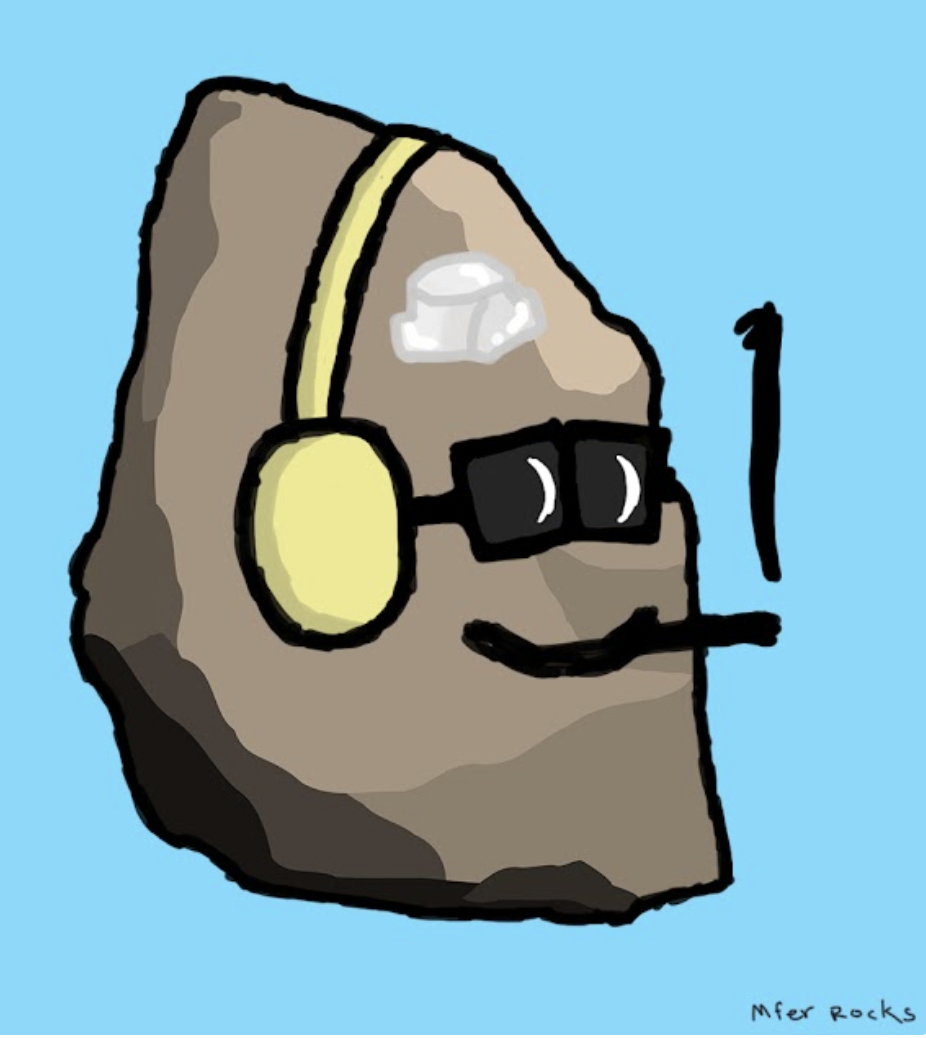 One user's NFT rock collection has been reduced to sedimental value after a million-dollar mistake.

If $1M was on the line, I'd check, recheck and triple check before clicking the "OK" button....just saying.