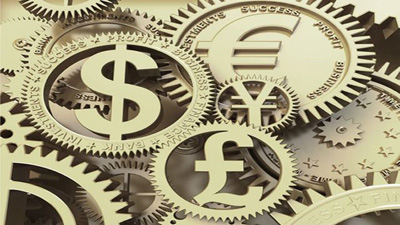 “There is a tide in the affairs of men, Which taken at the flood, leads on to fortune. Omitted, all the voyage of their life is bound in shallows and in miseries. On such a full sea are we now afloat. And we must take the current when it serves, or lose our ventures.”
–William Shakespeare

First it was the Fed, then it was the Bank of Japan, now the ECB (and maybe even China). Mario Draghi finally let loose this morning with everything left in his monetary “bazooka” and gone as far as the Bundesbank will let him. He also has to face the BIS restrictions in the next three weeks which are far from certain to be in favor of his actions. http://www.zerohedge.com/news/2016-...surprise-refi-marginal-lending-rate-cuts-boos

Looking backward first, the Fed unsettled markets in mid December with a rate hike. Japan lit gold’s fuse in January with the announcement of negative interest rates. Today, Mario Draghi spent and fired his last shot, it will be seen as a blank. Now we will get to see what sort of reaction is received from the markets. Initially the markets went in the “favored” directions, that only lasted for about an hour. The Euro is again strengthening, gold going higher and stock markets have turned negative as if asking “now what? Do you have anything else”?

Before going further I want to break down what they are trying to do into its most basic form. Systemically (including Europe) the world ran into “debt saturation” back in 2007. The plan was to cure too much debt with …more and more debt. The “experiment” has not worked and will not work …and Mario Draghi just ran into a wall where this is it, he has no more room to “experiment”. No doubt this is being done now to try to support the Italian (Spanish and others) debt that has gone bad.

There is another little problem that few are talking about, the BIS. The Bank for International Settlements has warned Mr. Draghi not to go to this wall of negative interest rates and further outright monetization. The BIS has the ability to force Draghi to not only stop the madness but also reverse it. So not only are the markets asking “what’s next?”, it is also wondering whether or not the BIS will step in.

We also have another piece to add to this puzzle, China. They just announced they will http://www.zerohedge.com/news/2016-...ation-insolvent-companies-banks-will-equitize begin to take equity stakes for non-performing loans via the banking system. “Nationalization” no matter what they call it. It had been speculated China would have to devalue the yuan in an effort to make their massive corporate debt payable and industry more competitive. I would suggest this is simply wiping out current debt in an effort to make room available to create more debt and to reflate. We will see how this works out but I do not believe this is any more credible than any of the other “serial reflators”.

Many times it is said “OK, so you see the problem but what’s the answer”? The answer is obvious and we will get to it after looking at the true problem. The world hit debt saturation in 2007, sovereign treasuries and central banks stepped in and sacrificed (destroyed) their own balance sheets in an effort to reflate. We know it has not worked and the global economy (pie) is no longer growing. The ONLY way for a country or region to “grow” is by taking an inordinate size of the pie and the only way to do this is by devaluing currency faster than your competitors.

The problem today is ALL currencies are competing against each other in debasing (devaluing). If you devalue too slowly you lose. If you devalue but not enough, again you lose. This is the problem with and misunderstanding of the USDX index, the currencies are all valued against each other and NONE OF THEM ARE REAL! The “answer” as it was back in 2008 is still the same, rather than race “against” each other THEY ALL need to collectively devalue! The only way to do this is to collectively devalue against “something” …and that something is what it always has been, GOLD!

A collective devaluation will do several things. First, it will create “inflation” and thus make the existing debt payable if the devaluation is deep enough. Business will get “reflated” and main street will actually participate in the better business conditions. Most importantly, for those nations who actually do hold gold, their balance sheet holes will be filled up and patched. Sovereign treasuries with gold will suddenly see their coffers filled. There is of course the problem of nations who either do not hold gold or have lied and no longer hold what they said they did. In this case, these nations become the world’s new “cheap labor” and begin to dig their way out via industrial/commercial production. This is a very long and hard process which also involves a huge drop in the standard of living.

Do I know what the level needs to be for gold to perform its function as central bank reserve? No, the number could be $25,000, $50,000 or $5 million or more, I do not have the answer. The biggest holder(s) of gold on the planet could simply “mandate” a price or do it via the physical markets over a reasonable period of time …but they will do this as it is the only viable solution.

We now have a situation where central banks have lost their credibility. This will lead to a loss of confidence in all things paper. Either the central banks revalue their balance sheets with a wildly high gold price or the markets will do this for them by voting with their feet so to speak. We are on the cusp of absolutely wild market gyrations and obscene price levels for gold. So obscene you will either be in or you will be out forever. Do not try to time anything, these last bazookas fired with blanks will be seen as a very large starting gun!

Bill Holter writes and is partnered with Jim Sinclair at the newly formed Holter/Sinclair collaboration. Prior, he wrote for Miles Franklin from 2012-15. Bill worked as a retail stockbroker for 23 years, including 12 as a branch manager at A.G. Edwards. He left Wall Street in late 2006 to avoid potential liabilities related to management of paper assets as he foresaw the Great Financial crisis coming. In retirement he and his family moved to Costa Rica where he lived until 2011 when he moved back to the United States. He was a well-known contributor to the Gold Anti-Trust Action Committee (GATA) commentaries from 2007-present. Bill has retained a working relationship with Miles Franklin and can help with any of your precious metals needs including storage. He can be reached at bholter@hotmail.com

Been worrying about the fact that for the first time in history, EVERY fargin kind of Gummint-Issued Currency known to man is totally lost deep in the red.

Way past where ANY gummint can fix it.

--- Then our grandkids will be crowding across borders looking for work.

"People do not have the right to unregulated rights in this country." -- Al Sharpton

Unca Walt said:
Jeez. The guy sounds like me.

Been worrying about the fact that for the first time in history, EVERY fargin kind of Gummint-Issued Currency known to man is totally lost deep in the red.

Way past where ANY gummint can fix it.

--- Then our grandkids will be crowding across borders looking for work.

The American dream baby! FEEL it!
'I pledge allegiance to the flag of the United States of America; and to the Republic, for which it stands, one nation under God, indivisible, with liberty and justice for all!'
(except in California, New York, New Jersey, Michigan, Illinois, Massachusetts, parts of Oregon and WA state, and all of Washington DC)

I liked the China part.

So Michael borrows 20M and puts up a cheep steel mill.
Michael is paying it off and everything goes poopy.
So Michael is allowed to turn over his equity to satisfy his debt.
Now the bank/China owns part of Michael's cheap steel mill.