Can the Fed End Racism? 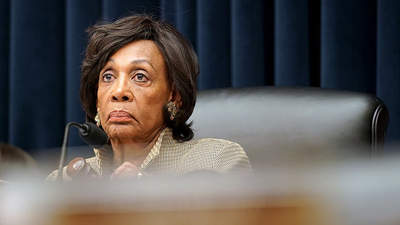 
Eliminating racial disparities in access to credit is code for forcing banks and other financial institutions to approve loans based on the applicants’ race, instead of based on their income and credit history. Overlooking poor credit history or income below what would normally be required to qualify for a loan results in individuals ending up with ruinous debt. These individuals will end up losing their homes, cars, or businesses because banks disregarded sound lending practices in an effort to show they are meeting race-based requirements.


Forcing banks to make loans based on political considerations damages the economy by misallocating resources. This reduces economic growth and inflicts more pain on lower-income Americans.


This legislation also requires the Fed to shape monetary policy with an eye toward eliminating racial disparities. This adds a third mandate to the Fed’s current “dual mandate” of promoting a stable dollar and full employment.


Federal Reserve Chair Jerome Powell has already publicly committed to using racial disparities as an excuse to continue the Fed’s current policy of perpetual money creation. Since inflation occurs whenever the Fed creates new money, Powell and his supporters want a policy of never-ending inflation.


Supporters of this scheme say that inflation raises wages and creates new job opportunities for those at the bottom of the economic ladder. However, these wage gains are illusory, as wages rarely, if ever, increase as much as prices. So, workers’ real standard of living declines even as their nominal income increases. By contrast, those at the top of the income ladder tend to benefit from inflation as they receive the new money — and thus an increase in purchasing power — before the Fed’s actions cause a general rise in the price level. The damage done by inflation is hidden and regressive, which is part of why the inflation tax is the most insidious of all taxes.


When the Fed creates new money, it distorts the market signals sent by interest rates, which are the price of money. This leads to a bubble. Many people who find well-paying jobs in bubble industries will lose those jobs when the bubble inevitably bursts. Many of these workers, and others, will struggle because of debt they incurred because they listened to “experts” who said the boom would never end.


The Federal Reserve’s manipulation of the money supply lowers the dollar’s value, creates a boom-and-bust business cycle, facilitates the rise of the welfare-warfare state, and enriches the elites, while impoverishing people in the middle and lower classes. Progressives who want to advance the wellbeing of people in the middle and lower classes should stop attacking free markets and join libertarians in seeking to restore a sound monetary policy, The first step is to let the people know the full truth about the central bank by passing the Audit the Fed bill. Once the truth about the Fed is exposed, a critical mass of people will join the liberty movement and force Congress to end the Fed’s money monopoly. 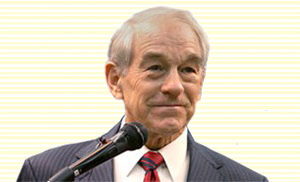 The Ron Paul Institute for Peace and Prosperity is a project of Dr. Paul’s Foundation for Rational Economics and Education (F.R.E.E.), founded in the 1970s as an educational organization. The Institute continues and expands Dr. Paul’s lifetime of public advocacy for a peaceful foreign policy and the protection of civil liberties at home.​
The Institute mobilizes colleagues and collaborators of Dr. Paul’s to participate in a broad coalition to educate and advocate for fundamental changes in our foreign and domestic policy.​
A prosperous America is profoundly linked to a foreign policy rooted in peaceful relations and trade with all. With peace, comes real prosperity.​
Ron Paul’s real legacy in his writing, teaching, and in politics is his success bringing people of very different backgrounds and perspectives together under the common cause of peace, individual liberties, and prosperity. His institute energetically continues this kind of “coalition-building” in all aspects of its work. The Institute board is itself one of the best examples of how broad a coalition can come together and work for the same shared goals and values.​
First and foremost a resource for supporters, the Institute provides timely news and provocative analysis through its engaging website. Features such as “Congress Alert” and “Neo-Con Watch” bring to life the latest threats to our liberties at home and abroad in a capsule format. Longer features and press analysis, as well as blog posts, regularly appear, giving the Institute the character of an online magazine.​
The Institute places special emphasis on education and on the next generations, with a foreign policy summer school for university students studying international affairs and journalism.​
It will aggressively promote student writing on foreign affairs on its website and will launch a student writing award program to recognize the best of college journalism.​

Ending the Fed would end a lot of bad things.

Just my 7 cents (2 cents after taxes and inflation).
H

Ending the fed will indeed end a lot of bad things,, racism is not one of those things. Racism begins to end when REAL racists, like She-boon Waters, Joe Biden, Heels Up Harris, Odinglebarrys, Bill and Melinda Gates, Clintons and the many others like these are jailed/executed along with their media puppets. After that it's matter of allowing the populace to wind down the current exacerbations of the populace generated by the above racists and letting the populace once again discover that we are ALL Americans and more importantly that we are all human beings. The remaining racists will become a very tiny minority widely ignored and socially/politically shunned. You CAN NOT eliminate all racism as there will always be humans that excel at stupidity, anger and hate.
Orthodox Jedi
Make mine a vodka and vicodin latte.
You must log in or register to reply here.
Share: Twitter Link