As China prepares to announce their gold reserve amount by end of the month, debate over gold backed Yuan increases sharply

As part of their requirements to enter into the SDR basket of currencies in October, China will soon be revealing the quantity of their gold reserves sometime between now and Sept. 30. And with them also recently being appointed the managers of the M SDR internationalization program, debate over China implementing a gold backed currency is once again increasing at an accelerating rate.

At the heart of the discussion is how China is using their growing geo-political power to integrate 3rd world nations, especially those in Africa, in moving forward despite not having the economic finances to expand their infrastructure base. And to date this has been shown to be moderately successful in a myriad of different ways, and could be the catalyst for catapulting a gold backed Yuan using their growing alliances and Silk Road strategies to envelop a large portion of the world under a financial umbrella that would be impervious to U.S. and Western subjugation. 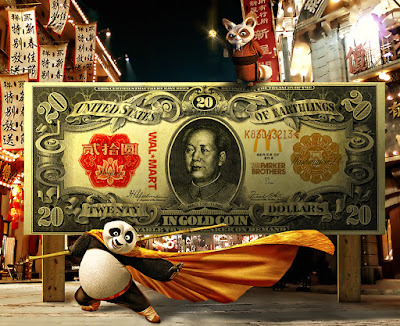 In his March interview with CCTV the geostrategic analyst highlighted that China is "facilitating trade and development for Third World nations in ways major Western funders could not." Beijing is interested in boosting logistic networks in Eurasia and therefore it founded the Asian Infrastructure Investment Bank (AIIB) to fund the projects.

Furthermore, "China may also offer barter trades in lieu of cash transactions for rail infrastructure projects, as was the case with Thailand. It seems to work. For cash-strapped economies, barter may emerge as an essential instrument of regional economic stability and a 'gold yuan' may help facilitate such a paradigm shift," Maavak elaborated speaking to Sputnik. In the context of the ongoing Eurasian integration, the RIC (Russia, India and China) nations may "weaponize" their gold holdings to ring-fence the Greater Eurasian geo-economy, according to the analyst. - Sputnik News​
Whether it is through a gold backed SDR, or a gold backed Yuan, the world is rushing towards a return of some form of a gold standard. And unfortunately for the West, which has been spending their currencies bailing out their banks and propping up their stock markets, China has been the one cultivating economic partnerships that when the time comes, could catapult them into becoming the masters of the next global financial system.

Goldhedge said:
As part of their requirements to enter into the SDR basket of currencies in October, China will soon be revealing the quantity of their gold reserves sometime between now and Sept. 30.
Click to expand...
IMF indicates Mainland China ( PRoC ) held 58.79 million troy ounces at end July 2016 [ which is about 1828.573 tonne ]

Goldhedge said:
... and could be the catalyst for catapulting a gold backed Yuan
Click to expand...
I guess the hype ( re: China, SDR, gold backed Yuan, BRICs, AIIB, etc ... ) may blow over a few days / weeks / months after 1 October 2016

How will thier amount be verified? Like we do at Fort Knox?
Slow is smooth.....smooth is fast...

Absent certifiable proof, it's all bluff and bluster bs imho.

Goldhedge said:
As part of their requirements to enter into the SDR basket of currencies in October, China will soon be revealing the quantity of their gold reserves sometime between now and Sept. 30.
Click to expand...
^
from November 30, 2015 https://www.imf.org/en/News/Articles/2015/09/14/01/49/pr15540
is
" A key focus of the Board review was whether the Chinese renminbi (RMB) met the existing criteria to be included in the basket. The Board today decided that the RMB met all existing criteria and, effective October 1, 2016 the RMB is determined to be a freely usable currency and will be included in the SDR basket as a fifth currency, along with the U.S. dollar, the euro, the Japanese yen and the British pound. "

The IMF does not use the words " reserve currency ".