China's exports and imports fell more than expected in April

China's exports and imports fell more than expected in April

By Kevin Yao 7 hours ago 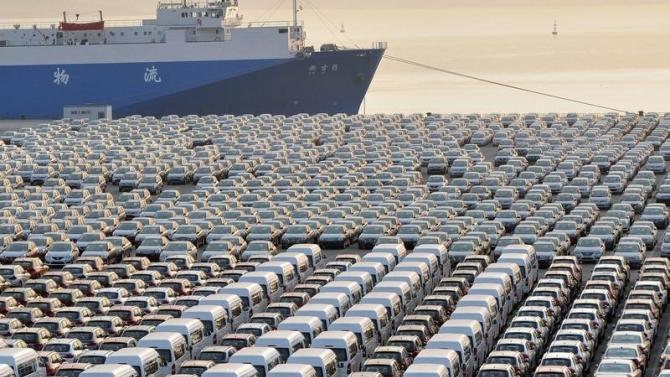 BEIJING (Reuters) - China's exports and imports fell more than expected in April, underlining weak demand at home and abroad and cooling hopes of a recovery in the world's second-largest economy.

Exports fell 1.8 percent from a year earlier, the General Administration of Customs said on Sunday, reversing the previous month's brief recovery and supporting the government's concerns that the foreign trade environment will be challenging in 2016.

April imports dropped 10.9 percent from a year earlier, falling for the 18th consecutive month, suggesting domestic demand remains weak despite a pickup in infrastructure spending and record credit growth in the first quarter.

"Both exports and imports came in weaker than expected, in line with the soft trade performance across Asia, pointing to another challenging year for emerging markets," said Zhou Hao, senior emerging market economist at Commerzbank in Singapore.

China's economic growth slowed to 6.7 percent in the first quarter - the weakest since the global financial crisis, but activity picked up in March as policy steps to boost the economy, including six interest rate cuts since late 2014, seemed to be taking effect.

Concerns of a hard-landing in China had eased after the strong March data, but analysts have warned the rebound may be short-lived.

Economists expect a slowdown in credit growth and industrial production in April although inflation could accelerate. Key economic data is expected over the next two weeks.

"The market has to prepare a little bit for the downside risk in other Chinese data and some sort of market correction might be inevitable," Zhou said.

An official factory survey and Caixin's private-sector gauge for April painted a mixed picture of the health of the manufacturing sector.

The official purchasing managers' index (PMI) showed factory activity expanded for the second month in a row in April but only marginally, while Caixin's manufacturing PMI pointed to 14 straight months of sector contraction.

China's central bank said on Friday that it will fine tune policy in a pre-emptive and timely way, as the economy still faces downward pressure despite signs of steadying.

I hope we tax everything from China coming into the USA. Then buy back their US Treasuries for 50 cents on the dollar when they have a cash crisis. I don't care what happens to Walmart either. That company is owned by the richest family in the USA, almost $100 billion.
You must log in or register to reply here.
Share:
Twitter Share Link