One of the most important functions of a central bank is to ensure there is enough currency in an economy to support the needs of consumers. However, with the advent of austerity in many Southern European nations following the 2008 financial crisis, governments have been culling payments and currency to their citizens in order to pay off sovereign debt, and this has led groups of people in at least two countries to create their own currencies to use as barter or as money.

In Greece, where austerity has nearly impoverished the entire nation, the people have turned to a barter script known as the Tem.​ 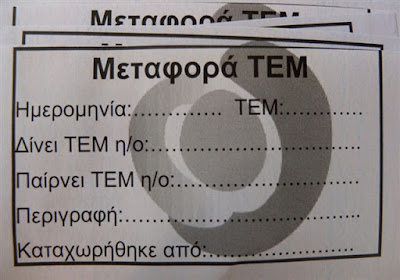 “Money is sparse right now, but people still have the same skills and knowledge they had before the crisis,” said Christos Papaioannou, part of a cooperative that founded

TEM in the port city of Volos and one of nearly 1,000 registered users of the alternate currency there. TEM—a sophisticated form of barter whose name is the Greek acronym for Local Alternative Unit—was founded in 2010 in the early months of Greece’s debt crisis with less than a dozen members.​
Now it includes dozens of participating local businesses that use the system to sell goods and services, including prepared food, haircuts, doctor visits, or even for renting an apartment. - Sigma Live​
However in Italy the people have taken the creation of a simple barter currency to a much greater level as they are now printing counterfeit 'Euros' and seeking to expand their use in their domestic economy in violation of EU rules regarding currencies. 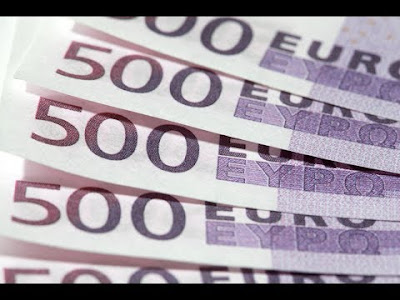 What are Scriptural Euros?

Scriptural Euros are Euros issued by citizens under a “theory of the autonomous creation of scriptural currency” based on the idea of collective property of money that affirms the right of every citizen to autonomously create “scriptural” money (Euros) via their own accounting records. The thoery of autonomous creation of scriptural currency holds that just as banks can conjure debt based money out of thin air, so can citizens. Money thus created by citizens can then be used to extinguish their own debts.

According to @marcosabait, Italian citizens have created more than 1 billion scriptural Euros since October 2016. - Smaulgld​
The rise of decentralized currency is in large part a microcosm of the failures of governments and central banks, and where this rebellion by individuals is intrinsically tied to their governments protecting the banks and financial centers over the needs of the people. And rather than trying to criminalize those who create private mediums of exchange in order to conduct localized commerce, sovereign entities may need to capitulate with their citizens otherwise their rebellion against the current monetary system may turn much more violent, and become more focused against the government itself, and the bankers who helped create the environments they are stuck in now.

kinda bummed about this,

those stupid 'citizens' should get their act together and accept their one world .gov