eustace mullins, greatest of our time

i've been writing about this on gim2 since april. (they) are doing insane amount of spraying over the gulf of mexico. my heat/drought predictions came true -- texas just set all-time records for hottest june and hottest july....and the drought to go with it 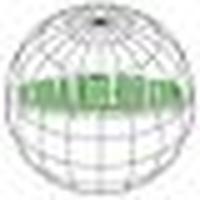 by globalintelhub
Monday, Aug 01, 2022 - 7:33
GIH - Private power groups that rule the world behind the shadows of governments have perfected their modus operandi through the use of Artificial Intelligence and 70 years of practice. These private groups can be traced back to the British East India Company, but they may have been operating for much longer than we can evidence (documentation was not so great 300 years ago like it is today). It's important for readers to understand their model - divide and conquer, or "Problem - Reaction - Solution."

They engineer a problem (create a patent pending "Coronavirus") which causes panic, which is exacerbated by the Media fear mongering and terrorizing people (who voluntarily choose this abuse), and they present the solution: The Vax. This is the same model used to conquer oil rich Iraq, strategically important Afghanistan, and other places. Operation COVERT-19 or "COVID" has run it's course and is in the final climax. People are waking up to the reality that the Vax is not what it was as presented, and people are pissed. We can expect to see some kind of Vax scandal in the next 12 months, but it doesn't matter - 70% of the population has received at least one dose.

There is no more 'selling' of the Vax that can produce more positive results - those who were susceptible to that PsyOp were victimized so it's time for the next carcass- Planet Earth.
"Climate Change" is going to destroy Earth, say the Elite. They say that factories, cars, cows, and people produce toxic elements such as carbon that are destroying the environment, and so we need to destroy these things, in order to save the Earth, they say. Ironically, the 95% of climate scientists that support this theory, have received money from the Federal government. [1] Only a complete brainwashed idiot believes this nonsense, when the same people saying this trot to "Climate Conferences" in their fire breathing dragons (Gulfstreams) that produce more of this 'pollution' than multiple commercial jets or hundreds of cars.

Not only that, these same "Elites" are spending tens of billions per year spraying toxic heavy metals into the air including Barium, Aluminum (in the dust form of Alumina), Strontium, and other particles (Graphene, for example). [2] The evidence of this program is so obvious, all you need to prove is your phone camera and take a water sample to your local county government for testing, they will test your water for about $10 - $30 depending on the county. You can see hundreds of tests here. [3] We don't know exactly who is doing this but we know it's funded by the US Military, UN, and the Bill & Melinda Gates Foundation. Spain has admitted the UN's involvement in a recent decree, as picked up by local papers. [4]

One of the leading resources on this topic is GeoEngineeringWatch.org; [5] this program is global and seems to be more prevalent around populated areas. It affects plants, animals, and people. Motivations can be 1) weather modification 2) military applications (radar and wireless work better due to metal dust in the clouds) 3) stop humans to see what's going on in the skies creating a thin 'blanket' than is always present 4) slow death of humans by creating cancers, asthma, and other raspatory issues 5) create climate volatility, which can be used as an argument to tax us Trillions due to "ESG" regulations 6) Terraforming of Planet Earth with unknown / hard to identify motives or methods.

Likely it's a combination of all these reasons, but for the purposes of this article's argument we are going to stick with reason number 5, creating climate collapse. The weather last few years is nothing short of apocalyptic. This may be due to cyclical Earth Changes such as Pole Shift (there is hard geologic evidence that the north and south poles were in hundreds of different locations) [6]. Even if that is the case, the Aerosol Spraying program is heavily affecting weather patterns, damaging plant/animal biospheres, and causing more extreme natural dangers such as fires, storms, volcanoes, earthquakes, etc.

Aerosol Spraying is but one of many weapons in the arsenal of Geo Engineering, the most deadly are space based beam weapons or "Directed Energy Weapons" DEW which can not only create/modify/destroy a Hurricane, they can create Earthquakes (tectonic beam weapons), make it rain, or make it not rain. As part of the circumstantial evidence, isn't it interesting that there is a drought in every US/Alliance enemy for the past 20 / 30 years? North Korea has had drought [7] after drought making weather scientists scratch their heads why this happens in North Korea but not South Korea. Here's an update from GeoEngineeringWatch.org and the must watch Dimming documentary with expert testimony:


At the end of this article, we will include a small list of important documents that you can read and see for yourself. The evidence is all around us, it's all public, it's all patented, it's hidden in plain site. The "Climate Change" narrative is also part of hiding GeoEngineering which may have other purposes other than creating a 'fake crisis' that can be 'solved' by having citizens shell out for yet another "Carbon Tax."

The ESG Market
You may be thinking, why? Surely it's not just depopulation, even if that is a shared goal. Let's look at the ESG market. According to Bloomberg, [8] ESG assets are on track to reach $53 Trillion by 2025 - that's a huge number, or roughly 1/3 of all global assets:

No niche at $50 trillion in ESG assets
Assuming 15% growth, half the pace of the past five years, ESG assets under management could climb to more than a third of the projected $140.5 trillion global total by 2025. ESG assets are on track to reach $53 trillion, based on our analysis, up from $37.8 trillion by year-end. They jumped to $30.6 trillion in 2018 from $22.8 trillion in 2016.
While Europe accounts for half of global ESG assets, the U.S. has the strongest expansion this year and may dominate the category starting in 2022. The next wave of growth could come from Asia — particularly Japan. Exclusionary screening based on religious values and other criteria makes up the biggest chunk of ESG investing, at about $20 trillion globally in 2018, according to McKinsey and the Global Sustainable Investment Alliance.
ESG projected global AUM
Click to expand...

ETFs set for $1 trillion ESG organic growth
ESG exchange-traded funds’ cumulative inflows should surpass $135 billion before 2021, and we expect growth to accelerate, with $1 trillion possibly entering such ETFs globally in the next five years. Of the $203 billion in 2020 ESG fund inflows through 3Q, about $49 billion — or 24% — went into ETFs. The pace isn’t slowing, with investments in ESG ETFs expanding for a 27th straight week and November inflows reaching a monthly record of $13 billion.
Click to expand...

As you can see, this is a huge growth industry. It's not hard to see how GeoEngineering is tied to the ESG market - what's a few billion per year to create a trillion dollar problem, which has a ten trillion dollar solution?
Climate Change is not a hoax, it's a limited hangout. [9] Climate Change is real, in fact they should be calling it Climate Collapse. However, they are leaving out the facts of the case, what is causing the climate change is celestial factors which are cyclical (even the Bible says Earth goes through periodic Earth Changes) AND aggressive GeoEngineering which is being organized by the same people who are trying to get us to pay for the carbon tax. Sound familiar?
This has been in the works for years. Some texts have suggested that carbon emissions would be used as a mechanism to force countries into a new united global framework, such as the UN but more powerful. This super-state would operate more like the European Union but on a global level. This is all speculation but something to keep in mind as we are seeing the 'regulations' rolled out to 'save the planet.'

We are simply stating here that "Climate Change" is a secret term that means something different to the Elite vs. the unenlightened masses, it's not a hoax - that's a fallacious argument meant to distract you from the truth. Climate Change is being created by the Elite - meaning large organizations some of which are NGOs. We cannot document weather modification tools such as high energy directed weapons and other tools, it's far easier to document the metals being sprayed because it's ubiquitous (there are reports it's being done in Moscow - so please explain me how if we are at 'war' this operation is being coordinated?)

This is an obvious issue that we can rally behind, and something we can literally point to and say "Please stop this." Check back with Global Intel Hub or Follow us to get fresh articles like this to your inbox.

EO 11110 character is fiction and for entertainment purposes only - and should not be construed as any real human's opinion. The EO character is EXACTLY like any other fiction character - like those in movies, tv shows, books, poems, songs. Pure fiction and pure entertainment - nothing else
You must log in or register to reply here.
Share:
Twitter Share Link