BY TYLER DURDEN
MONDAY, JUN 20, 2022 - 11:30 AM
Authored by Paul Joseph Watson via Summit News,
Swimming’s world governing body has slapped a total ban on transgender athletes that have gone through any form of male puberty from taking part in women’s competitions. 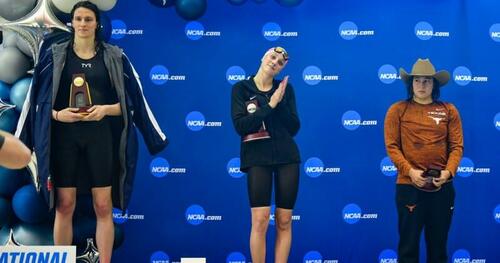 It’s about time!
Fina’s new policy, which was passed by a margin of 71 per cent after its 152 members voted on the issue, will force transgender swimmers to compete in a separate category that only includes those who claim their gender identity is different from their biological sex.
For transgender athletes who were born men to compete in women’s events, they must have completed their transition by the age of 12.
Fina president Husain Al-Musallam said the vote was about “protecting competitive fairness” and the rights of athletes.

“Fina will always welcome every athlete,” Al-Musallam said.
“The creation of an open category will mean that everybody has the opportunity to compete at an elite level.”
Click to expand...

Former British swimmer Sharron Davies praised the decision, asserting that she was “proud” of Fina for “doing the science, asking the athletes/coaches and standing up for fair sport for females.”

I can’t tell you how proud I am of my sport @fina & @fina_president for doing the science, asking the athletes/coaches and standing up for fair sport for females. Swimming will always welcome everyone no matter how you identify but fairness is the cornerstone of sport https://t.co/1IaMkIFOkX
— Sharron Davies MBE (@sharrond62) June 19, 2022
Click to expand...

As we previously highlighted, top doctors told the New York Times that transgender swimmer Lia Thomas still had an unfair advantage over biological females despite the athlete having undergone testosterone suppressing therapy.
After entering female competitions, Thomas soared in national rankings, jumping from 32nd place in men’s meets to eighth in the 1,650-yard female freestyle.
Meanwhile, in a related story, football’s main governing body FIFA will make it easier for transgender athletes to compete in elite female competitions by removing testosterone threshold rules. 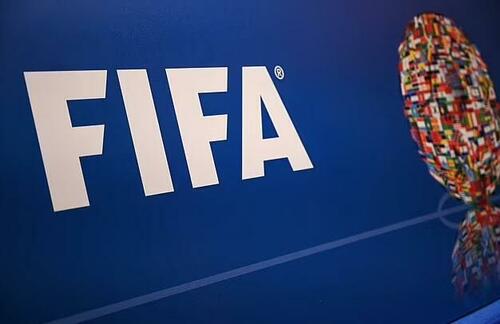 “The new regulations are still at the consultation stage and it is understood that some members of FIFA’s senior management are unconvinced that they should be published in their current form,” reports the Daily Mail.
* * *
Brand new merch now available! Get it at https://www.pjwshop.com/
In the age of mass Silicon Valley censorship It is crucial that we stay in touch. I need you to sign up for my free newsletter here. Support my sponsor – Turbo Force – a supercharged boost of clean energy without the comedown. Get early access, exclusive content and behinds the scenes stuff by following me on Locals.
0

IMHO, they'll be livid about this and will fight it to the death in courts around the world. We haven't heard the last of them, not by a long shot!
I gotta get out of this place...
if it's the last thing I ever do!

Oh, the poor kids now being forced to make a decision by age twelve.

KnowWhy said:
Oh, the poor kids now being forced to make a decision by age twelve.
Click to expand...

Worse. They have to have completed it before 12, meaning they had to make that decision much earlier and started the process. This is going to backfire in having the psychos push it even earlier. There is no reason that kids should be deciding this stuff before they even hit puberty.
The first panacea for a mismanaged nation is inflation of the currency; the second is war. Both bring a temporary prosperity; both bring a permanent ruin. But both are the refuge of political and economic opportunists. --Ernest Hemingway
T

specsaregood said:
Worse. They have to have completed it before 12, meaning they had to make that decision much earlier and started the process. This is going to backfire in having the psychos push it even earlier. There is no reason that kids should be deciding this stuff before they even hit puberty.
Click to expand...

The crazies will be trying to get to the minds of children, way before age 12. Cartoooons on TV, pre-k programs, toys, public school education, etc will be used to influence those youngsters.
Tolerance for Muslims is how it starts and the next thing you know, bacon is off the menu!
You must log in or register to reply here.
Share:
Twitter Share Link