Convenient Reality Thwarts Yet Another Ship Of Fools

Convenient reality stops yet another ship of fools seeking to document that pesky "inconvenient truth". Prepare to chuckle! 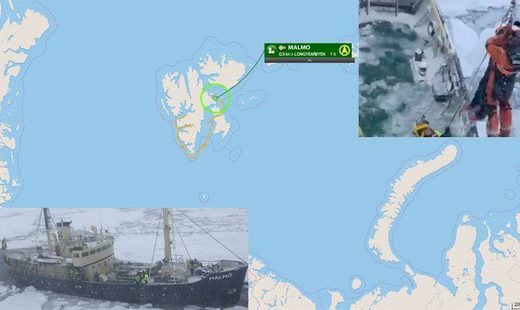 MS MALMO came to a grinding halt on Sep 3 off Longyearbyen, the Svalbard Archipelago.

The MS MALMO is the latest in a long list of ships to have gotten stuck in surprisingly thick Arctic sea ice this year.

The Swedish vessel, built in 1943 and refurbished in 2014, was on an "Arctic tour" with the noble mission of ferrying a team of Climate Change documentary filmmakers to the front line. The teams intention was to capture some of the catastrophic ice melt being reported by the worlds media — ice melt which it would appear still refuses to manifest despite decades of furious willing from the UN & IPCC.

The MS MALMO came to a grinding halt on Sep 3 off Longyearbyen, the Svalbard Archipelago, halfway between Norway and the North Pole, when it encountered impenetrably thick ice.

All 16 icehuggers on-board wound up being evacuated by helicopter in very challenging conditions and at the expense of a carbon-footprint of yeti proportions: 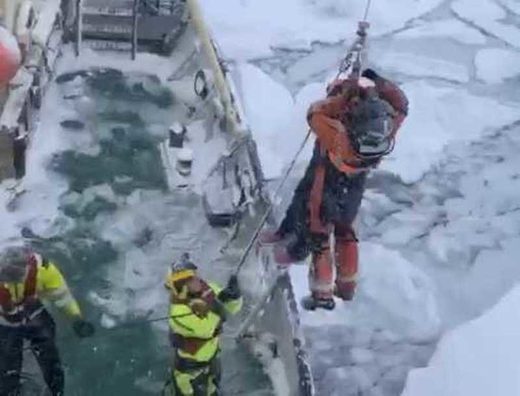 And all, thank-the-heavens, are now reportedly safe and sound.

The cold times are returning Alarmists, in line with historically low solar activity.

There has been NOTHING extraordinary about 2019's Arctic summer melt season.

In fact, there hasn't been anything to report for the past 5+ years — the data doesn't lie: 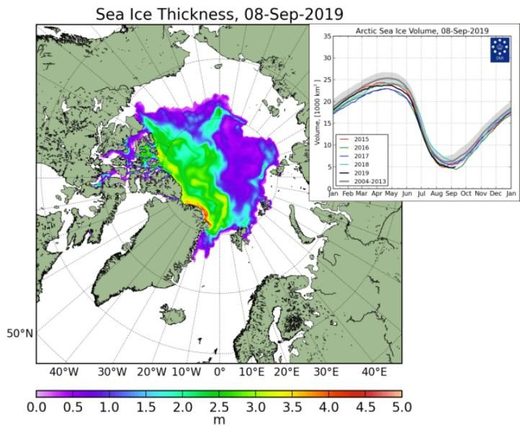