An opinion piece from "The Age" business columnist.

US financial regulators are so concerned about the perceived threat to financial stability and investors of stablecoins that they are warning they will act unilaterally if Congress doesn’t legislate.

Last week the US Treasury’s key body for monitoring the financial system, the Financial Stability Oversight Council, issued its annual report. Digital assets, and stablecoins in particular, were one of the key concerns it identified.

It said the rapid growth of digital assets, including stablecoins and lending and borrowing on digital assets trading platforms, was an important potential emerging vulnerability for the system.

In relation to stablecoins – crypto assets backed by traditional financial assets, most commonly the US dollar -- the council said that while they might be marketed with the claim that they will maintain a stable value they might be subject to widespread redemption and asset liquidations if investors doubted the credibility of the claim.

That could trigger a liquidity issue similar to a run on bank deposits, which could harm users and the broader financial system. Digital assets posed a risk through direct or indirect connections with banking services, financial markets and financial intermediaries; the potential for the increased use of stablecoins as a means of payment raised a range of prudential concerns and digital assets also posed risk related to illicit financing, national security, cybersecurity, privacy and international monetary and payment systems integrity, the council said.

If comprehensive legislation weren’t enacted, the council, which is chaired by Treasury Secretary Janet Yellen and includes representatives from a range of securities, financial institution and consumer protection agencies, would be prepared to consider the steps available to it to address the risks, it said.

The regulators and Congress, have shown acute interest in stablecoins, partly because they are increasingly used as the currency for digital trades and partly because of the potential of their perceived stability – as opposed to the violent volatility of other cryptocurrencies like Bitcoin – to make them a mainstream alternative to fiat money.

This year, however, while the total crypto market grew 150 per cent, the value of stablecoins exploded, rising 350 per cent from a starting point of only about $US29 billion as the coins became more central to the trading of other digital assets.

While the dominant crypto asset, Bitcoin, isn’t seen as a useful medium of exchange because of its volatility and therefore isn’t a threat to fiat currencies, stablecoins do have the potential to be widely used because of their promised stability. Their liabilities are supposed to be matched by assets like traditional currencies (usually the US dollar) or commodities.

Around the world regulators and legislators are trying to grapple with the longer-term implications of the increasing mainstreaming of digital assets for financial stability and their control of their financial systems.

Some want to bring them into the regulatory nets but with “light touch” regulation so as not to stifle the innovation and potential efficiencies that digital assets proffer. Others, like China and, more recently, the Reserve Bank of India, want to prohibit all crypto activity.

That division between those who see crypto asset as a threat and those who see it as an opportunity has been seen within the US Congress, where some (mainly Democrat) lawmakers want to regulate them as financial institutions and others (mainly Republicans) want a less intrusive approach.

The one certainty is that they will be regulated, whether as depository institutions like banks or as securities, with regulated disclosure requirements, regulatory oversight and inclusion in tax systems.

The near-paranoia some regulators have in regard to crypto assets, and stablecoins in particular, has been fuelled by the extraordinary increase in their acceptance by conventional investors, including institutions, this year.

Despite the wild volatility, or perhaps because of it and the trading opportunities it presents -- Bitcoin has been below $US30,000 and almost breached $US70,000 this year before falling back to around $US47,000 – major financial institutions and sophisticated investors are increasingly involved in the market.

The opacity of the crypto markets means financial regulators don’t have a clear idea of what that might mean for the regulated parts of the system and therefore for financial stability.

There’s also an underlying concern that digital assets might undermine the ability of central banks to execute effective monetary policies.
For securities regulators and consumer protection agencies there is the widespread occurrence of fraud, the inadequacy of disclosures and the increased development of derivative trading by crypto asset firms and those trading in the assets, which increases leverage and the magnitude of any losses.

It is instructive that there has been controversy over whether the claimed assets that back some stablecoins actually are stable and fully cover their liabilities.

If they don’t, and don’t have sufficient liquidity, the potential for a “run” on the stablecoin issuer would be real, potentially disastrous for investors and, if the sector continues to grow at exponential rates, could have implications for the wider financial system.

The Securities and Exchange Commission has described the market for crypto assets as the “Wild West” and rife with frauds, scams and abuses. Without regulation there’s little transparency or investor protection.

The Bank of England and the “central bank for central banks” -- the Bank for International Settlements – both want a global framework for regulating crypto assets. For the moment there is no settled framework, although there is a vast amount of discussion and policy development underway at the international and national levels around the globe.

The urgency to devise an approach to regulation that reduces risks to financial systems and individuals without quashing the innovation and competition to traditional institutions the crypto firms could provide will increase as the digital assets markets continue to grow.

This year has been a watershed moment for cryptos, the year they started to become “mainstreamed. With that will come the inevitability of their being brought into the regulatory nets. Whether that’s a good thing, or not, will depend on the credibility and substance of the individual asset and its promoters. 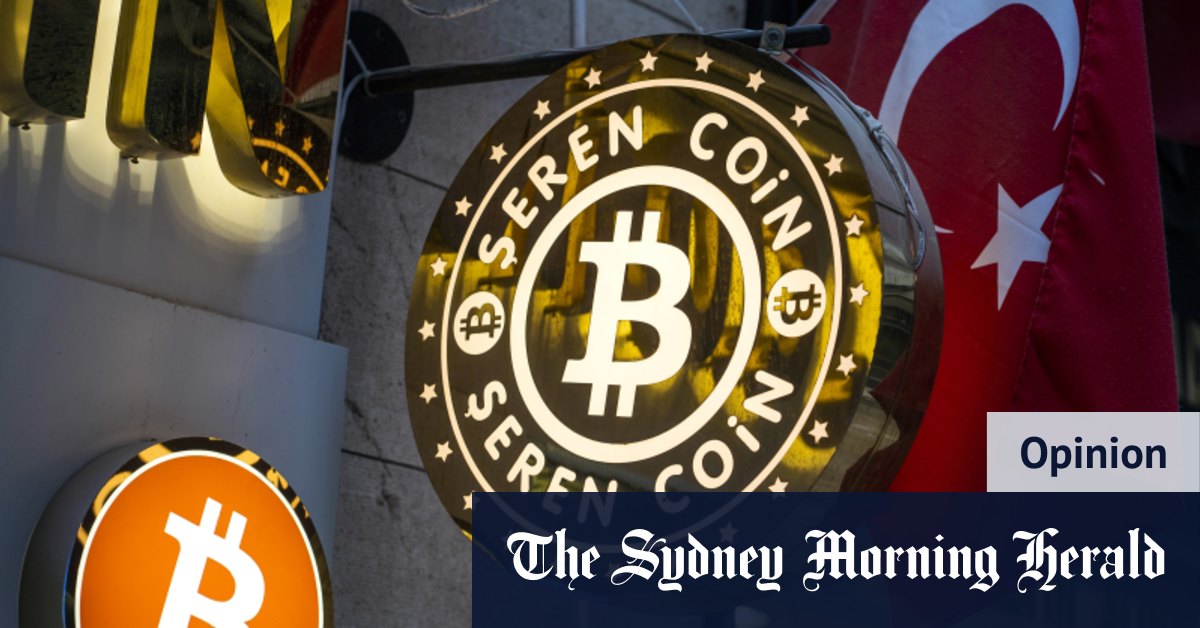 The top regulators in the US are threatening to act to regulate digital assets and stablecoins in particular even if legislators don’t.

chieftain said:
and rife with frauds, scams and abuses. Without regulation there’s little transparency or investor protection.
Click to expand...

I see,
so they are stating that the zero or the usd or chin li's yuan are all very open and transparent?

that the bond markets of here or zeroland are preferable?

ok, got it, so how about some questions regarding these open and transparent markets they claim:

-when was the last time a complete follow the money audit was spent on .gov of the us of friggin' a?
-sure, that one is hard, so let's do another, a audit of the fed reserve?
-ok ok, very tough, how about a audit of our supposed 'metal' reserves, up to and including the paper trails associated with them?
-let's try a different angle, prove the money flow, show me where you aren't operating in the stock markets?
-how about people as you declare the persons in the crypto markets as shysters, let's see the income and balance sheets for every person in DC for the past 15 years, and that includes the non-elected.

there are so many more we could ask for to prove your words of open and transparent markets, that I will sit by the phone and await your response.

yet if you cannot provide the above, then surely you cannot stand there and tell me you are watching over 'open and transparent' markets
Sound of Silence

I'd ask the questions of the author Scorp, but there's two problems with that:

- They no longer publish my comments
- They aren't ticking the "Enable comments" box before they publish an article anywhere near as much as they used to.
"Circumstance made us become the resistance, we just wanted to be left alone"

US financial regulators are so concerned about the perceived threat to financial stability and investors of stablecoins that they are warning they will act unilaterally if Congress doesn’t legislate.
Click to expand...

Unelected regulators acting unilaterally to allegedly protect little people seems to be the order of the day. Regulators can make you get a jab or lose your job or have you arrested for having the wrong kind of stock on your weapon. Allowing bureaucrats to decide what's allowed to compete with federal reserve funny munny seems a small step. FinCen has been doing this for years with cryptos.

Their liabilities are supposed to be matched by assets like traditional currencies (usually the US dollar) or commodities.
Click to expand...

Yeah, we sure wouldn't want any unbacked faith based currencies running around that a few people could just wildly inflate at their own whims. lol
Hypocrite says "If you don't hold it, you don't own it!" ...turns around and buys PM "shares" from JPMorgan.
"It is no measure of health to be well adjusted to a profoundly sick society." ~ Jiddu Krishnamurti
"None are more hopelessly enslaved than those who falsely believe they are free." ~ Johann Wolfgang von Goethe
“In individuals, insanity is rare; but in groups, parties, nations and epochs, it is the rule.” ~ Friedrich Nietzsche™

at the end of the day, i sure looks like it's all going to be regulated for their sake
...... it's all perverted!

a solar system is a toy, up to the point it's a large enough system, to be called junk

but, you can change that:
Adjust your life from just in time to just in case.