A tsunami of dishonesty has filled our nation’s capital.

Much of the legislation drafted for the massive spending bills are so long and complicated, that many of the elected representatives either don’t read the bills themselves or rely on their aids to do the work for them.

The conservative house members are circulating a memo obtained exclusively by Breitbart News which exposes the details of Schumer’s plan.

It would spend millions of taxpayer dollars forcing the National Science Foundation to hire a “Chief Diversity Officer” and spend $5 million on things like “establishing a strategic plan for diverse participation” in Science, Technology, Engineering, and Mathematics (STEM) fields. Schumer’s plan would also force the National Science Corps to establish a pilot program for things like “advancing equity.”

“The China bill filled with CRT is like cocaine laced with fentanyl,” a senior House Republican aide told Breitbart News. “Together, they’re a deadly combination. Now, Schumer is trying to inject this mix into our annual defense bill and poison us all.”


“No one serious about confronting China would write a bill laced with CRT,” the senior aide added.

This inappropriate attempt to add social justice into the NDAA might be the result of the Democrats trying to sneak in CRT after losing the Virginia governor’s race. Governor-elect Glenn Youngkin — a Republican — focused on CRT and parental rights to defeat the favored Democrat former Gov. Terry McAuliffe.

Here is how confusing the Democratic leadership keeps things hoping to advance their agenda.


Senator Schumer is holding up funding for the Defense Department, which is urgent, compelling people in his own party to question him on the delay.

Yes, slimy politics, but I am sure that many other pieces of legislation have passed after going through this type of dishonest political gymnastics, for the politicians’ sake, not their constituents. 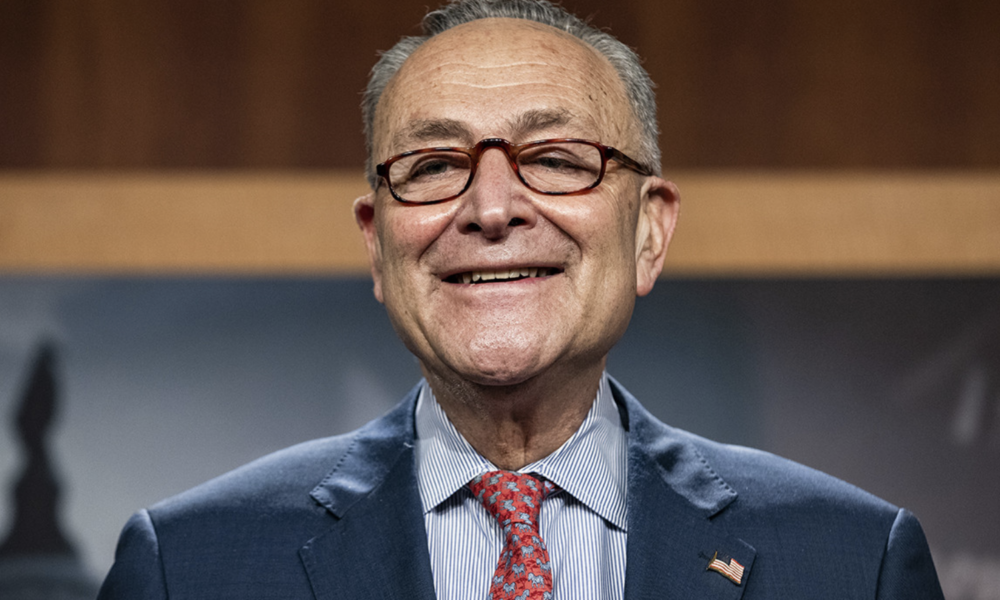 A tsunami of dishonesty has filled our nation’s capital. Much of the legislation drafted for the massive spending bills are so long and complicated, that many of the elected representatives either don’t read the bills themselves or rely on their aids to do the work for them. Fortunately, a...

patriotalerts.com
Disclaimer: this post and the subject matter and contents thereof - text, media, or otherwise - do not necessarily reflect the views of the GIM2 administration.

I don't pay too much attention to what the traitors and tyrants in DC are doing. Commies are gonna commie. It's not something I can control nor is the present government legitimate so we'll see how it all goes.
"How do you explain to idiots that every freedom we have was won by the blood of brave soldiers through history. The idiots think Papa government is going to take care of them. Pick up a darn history book."
-Avalon

at this rate, why not just draft a bill saying:
All Sheep Report To Your Local High School Gymnasium for Further Training, immediately


then just give us all a shower...