License Plate Readers Use Footage From Ring, Smartphones And ATMs To ID Vehicles​

(Advanced Search stars at approx. 2:30)
Flock Safety's license plate readers can now ID vehicles from any camera source. Basically, Flock Safety has turned every camera in the country into potential license plate readers.
Two years ago CBS News revealed, that America is nearly as bad as China when it comes to spying on its citizens.

"During the past few years, coverage of the surveillance market has focused heavily on China's massive deployments of cameras and artificial intelligence technology. What's received far less attention is the high level of penetration of surveillance cameras in the United States," report author Oliver Philippou, an analyst at IHS Markit, said in a note. "With the U.S. nearly on par with China in terms of camera penetration, future debate over mass surveillance is likely to concern America as much as China."
Click to expand...

The U.S. has more surveillance cameras per person than Taiwan, (5.5 people per camera), the United Kingdom (6.5) and Singapore (7.1).
With that in mind, Flock Safety's new "Advanced Search package" allows law enforcement and Home Owners Associations (HOAs) to ID any vehicle using whatever cameras are at their disposal.
As GovTech pointed out:

"Flock Safety's software allows it to ID vehicles from a security camera at an ATM, a homeowner’s Ring doorbell, even a photo somebody took on their cellphone. The company’s new Advanced Search package — which costs between $2,500 and $5,000 a year, depending on how many of Flock Safety’s cameras the agency operates — includes a feature that allows users to upload a picture of a vehicle from any source and then perform a search to see if any of the company’s cameras have seen it."
Click to expand...

Flock Safety's "Fingerprint Technology" allows HOAs and neighborhood associations to ID a vehicle by its roof rack and bumper sticker.

Do you suspect that your neighbor is anti-government or a BLM activist? All you need to do is take a picture of their car or send your Ring doorbell footage to your HOA or to the police and let Flock Safety ID and track them everywhere they go.

Flock Safety claims to care about the privacy of people living in HOA's and neighborhood associations. All residents have to do to protect their privacy, is email their home address and license plate number to Flock Safety's "Safe List" and click the “remove my vehicles from footage” box.

"The Safe List allows footage captured of your vehicle to be marked as resident. This way, if a crime happens in your neighborhood and your HOA or trusted neighbor needs to look through Flock footage, they can filter out all known residents in their search. This keeps your vehicle out of the search."
Click to expand...

The problem with Flock Safety's "Safe List" is two-fold. Number one you cannot find it listed anywhere on their website. It appears that the only way for someone to remove their vehicle from Flock footage is to contact them, by entering your first and last name along with your phone number and email address.

License plate readers do not black out and stop recording the moment it reads a "resident" license plate. All the data they record is sent to Flock Safety's database where it gets flagged as "resident" for 30 days or more.

Claiming that Flock Safety will filter out all known "residents" in their license plate search is about as effective as the "Do Not Track Me" button on the world wide web.

The dangers of turning every camera source into license plate readers cannot be overstated.

When a country like America has 70 million surveillance cameras, 298 million smartphones and 3 million video doorbells or approximately 371 million surveillance devices at its disposable, what did we think was going to happen? Can anyone really say that America is the land of the free? 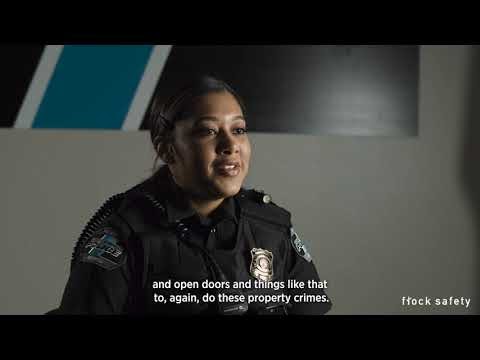 License Plate Readers Use Footage From Ring, Smartphones And ATMs To ID Vehicles

massprivatei.blogspot.com
Last edited by a moderator: Sep 15, 2021
Anyone up for some Fukashima sushi?

the chinese can only work really hard to catch up...they're jealous of what we have here