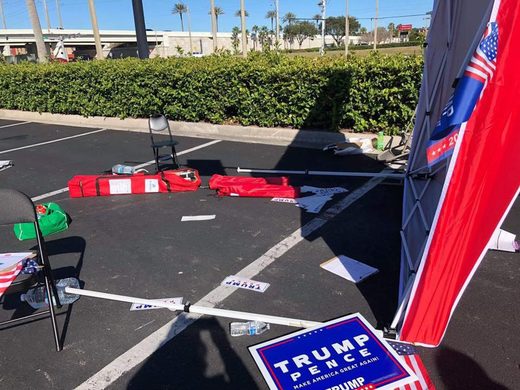 The Republican Party of Duval County had six volunteers at the Kernan Village shopping center where they were registering voters. JSO reported that around 3:45 p.m., an older brown van, driven by a white man in his early 20s, approached the tent. He then drove right through the table and tent with his van. The suspect then stopped, got out of the van and took a video of the scene, flipped off the victims and fled. As of now, the suspect has not been identified.

"Kind of out of the blue, a man approached us in a van, was waving at us, kind of a friendly demeanor, thought he was coming up to talk to us, instead he accelerated his vehicle and plowed right into our tent, our tables," Alfieri said.

"After he ran over everything, he backed up, took out a cell phone, kind of recorded the damage, made some obscene gestures at us and then proceeded to leave the complex," Alfieri said. 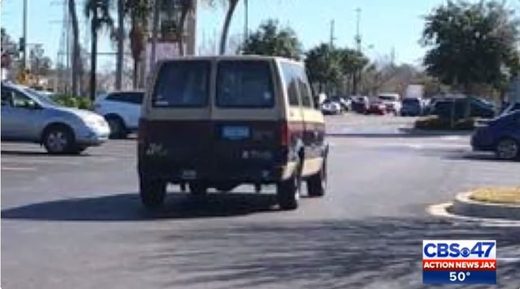 © Republican Party of Duval County
The driver of the brown van flipped off the volunteers before speeding away.
JSO is saying that intelligence detectives will be looking into this as an aggravated assault case as several people could have been seriously hurt.

They do not know if the motivation of the suspect was political in nature as the investigation is just starting.

The Republican Party of Duval County posted on Facebook that they plan to redouble their efforts to register voters.

Daniel Henry, the President of the Duval County Democratic Party, released a statement saying he is condemning the attack.

"The Duval County Democratic Party condemns this cowardly act of violence. No one's life should be placed in danger for exercising their first amendment rights. As Democrats, but more importantly, as residents of this great city of Jacksonville, we call on our fellow citizens to act with dignity, civility and respect for one another during this election cycle and beyond. We look forward to JSO's arrest of the perpetrator."

President Donald Trump tweeted about the incident, saying "Law Enforcement has been notified. Be careful tough guys who you play with!" 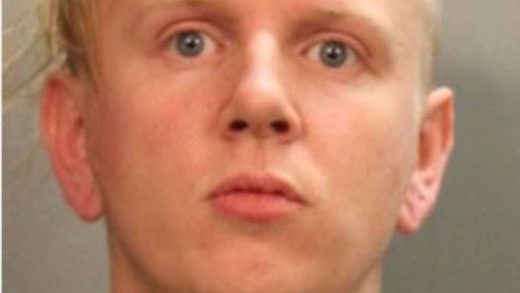 More proof Leftist have a Mental Disorder.
WHICH IS DEADLIER: COVID19 or BIDEN2020 ?

"The ultimate rebellion one can commit is to take any .gov's fiat and convert it to Gold and Silver". gb

newmisty said:
He's got that Aurora CO shooter's glaze.
Click to expand...
They're all on the same meds.
Orthodox Jedi
Make mine a vodka and vicodin latte.

Funny, the msm hasn't picked up on this. Yeah, funny.

In fairness CBS did a feed on this. The comments from liberals were, as you might guess, pretty interesting.

They do not know if the motivation of the suspect was political in nature as the investigation is just starting.
Click to expand...
- If it was the other way around, it would've been an INSTANT "Hate Crime", eh?
Anything that is printed in this post is purely fictional, and is in the context of an alternate virtual reality in a parallel universe. I, myself, am a fictional character! Any statements which appear to have a resemblance to real people or institutions or events, past, present or future, are unintentional and the result of pure coincidence.

Proud of my tin-foil hat - this is pride of something EARNED (I'm a self-made "nut"!) - and anything I may say should be taken in this context!

Asshole should be hung from a lamppost in downtown.

What is it with those fucking eyes. I swear they all have those creepy eyes like they are on some meds or something Shiff has them as well.
Your lives are becoming more difficult as the life force of your world is draining away............As everything around you seems to decline. one thing still grows. Its the power of your rulers. None of their plans and directives have solved your problems or made your life better. The only result has been the increased control over you at the cost of your freedom. Do you know why? You gave them the power. (From Atlas shrugged)

"Someone had to take a stand"

Because he hates POTUS DJT and those who support him (me).