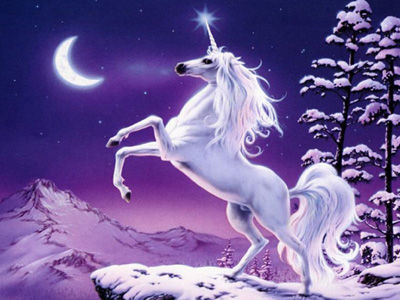 But this was a bad month for revenue collections and there was only one thing to do. I called the customer service agent at my bank – the 3rd State Bank of Chicago, and asked for a credit limit increase. The friendly customer service agent asked how much I wanted my credit limit increased and I suggested from $100K to $200K. She checked with the credit computer and it beeped back “fine.” She added, “Mr. Public, we are running an after-Christmas special on credit limit increases this week. For a one-time payment of $25 we’ll increase your limit another $100,000 to a total of $300,000, and you’ll be eligible for another guaranteed limit increase in six months. Would you like to approve that $25 charge to your account?”

I said, “Sure. That would make me very happy.”

She took a moment, pressed a few buttons, and said, with a smile in her voice, “Mr. Public, your happiness is important to us. Your credit limit has been increased to $300,000. From the bank whose motto is, ‘Nothing can go wrong’ we thank you. Have a wonderful day.”

And John Q. Public lived happily ever after, spending on his credit cards, and regularly increasing his credit limit.

President Nixon in 1971 thought long and hard about “closing the gold window” and decided against it, in spite of heavy lobbying from his powerful banker friends. Instead he ordered that all excess expenditures be funded from the US gold stored at Fort Knox instead of from borrowed dollars. Trucks left Fort Knox and the other gold depositories every week, drove to New York, and delivered gold to the foreign and domestic creditors of the US who had accepted dollars in trade for goods, oil, foreign aid, services, and military support. This continued for a very long time and the government eventually ran balanced budgets. (Remember – fantasy!)

And the US government spent money and national savings in the form of gold for many decades and the politicians, bankers, and citizens lived happily ever after.

Fantasies and dreams should be checked against reality.

Banks might increase credit lines forever, Fort Knox might never run out of gold, everyone in the Middle-East might “play nice” for the balance of this century, and government deficit spending might go quietly into the night.

But it is important to test assumptions, examine fantasies, and check facts.

Fort Knox would quickly deplete its gold if deficits were funded by selling gold, and Fort Knox may be nearly empty now. Let’s do the numbers.

No one would accept IOU Gold certificates knowing there was no gold left in the official stockpile, and knowing that the debt exceeded all the gold ever mined throughout history – supposedly about 5.5 billion ounces.

But the US government owes nearly $19 Trillion in T-Bonds and Notes. US T-Bonds are generally accepted and as good as cash because everyone knows the T-Bonds will be redeemed by US dollars – because we can borrow the necessary dollars into existence to pay back the other dollars we borrowed into existence to pay for those other dollars for deficit spending and so on.

The US government would have run out of gold in a few months of deficit spending during the 1970s but the Fed is still creating dollars – obviously because they can be created with the punch of a button while gold can’t be similarly created.

Central banks pretend to create wealth and assets by borrowing them into existence and they pretend there are no dire consequences. Supposedly the Fed’s balance sheet has increased about $3 Trillion since the 2008 financial crisis. That is equivalent to roughly 150 billion “man hours” of labor or most of a year’s labor for every worker in the US. Or, that $3 Trillion is roughly 15 times the total value of all the gold supposedly stockpiled in Fort Knox. Pressing a button a few times and creating $3 Trillion is not equal in value to nearly a year’s labor for all US workers. Similarly, that $3 Trillion in “funny money” is not equal in value to nearly 3 billion ounces of physical gold mined from the earth. The central bank fantasies temporarily appear real. Expect that fantasy to eventually pop!

The world would not accept IOU Gold certificates knowing those certificates could never be paid. When will people stop believing the narrative regarding IOU dollars, euros, pounds and yen and realize that something from nothing is not real, printing currencies does not create wealth, and we can’t tax and print ourselves into prosperity?

Okay, we all know central banks aren’t going away, deficit spending will continue, and the $200+ Trillion in global debt is growing rapidly toward $300 Trillion. That $200+ Trillion in debt is someone’s liability and another’s asset. The financial and political elite do not want those supposed assets to default – hence the printing and borrowing scam will continue. Expect more central bank intervention, currency devaluations, and higher prices on average. This includes the prices for gold and silver.

“When free markets reassert themselves, and they always do, the disruption promises to be substantial.”

“… gold has not been this undervalued since the events leading to the collapse of the Bretton Woods agreement.”

My book “Who Killed Doctor Silver Cartwheel?” explores the reasons for silver demonetization and projects future prices for silver in five years. The book is a quick read and is priced at $6.99 in paperback on Amazon. Buy it!