Gold Is Still the Best Money 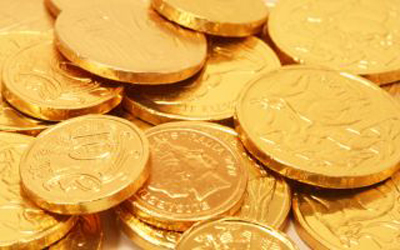 Recently, Bill, our resident doomsayer, has been writing a lot about the market crash he sees coming. Because of the feds’ never-ending money-printing, he sees the whole house of cards crashing down in the not-too-distant future.

And he has written extensively about how investors are turning a blind eye to the flashing warning signs. They’re investing in everything from cryptos, to non-fungible tokens (NFTs) of a single pixel, to companies with huge losses on their books.

So what would Bill recommend putting your money into instead of these “flimflams” and “boondoggles”? Gold, of course.

And he’s not alone in believing gold is the one true safe-haven asset. His longtime friend and colleague Doug Casey, founder of Casey Research, is equally steadfast in his gold conviction. Read on below to find out why…

It’s an unfortunate historical anomaly that people think about the paper in their wallets as money. The dollar is, technically, a currency. A currency is a government substitute for money. But gold is money.

Some Native North American tribes used shells. Cigarettes were used during World War II. So, money is simply a medium of exchange and a store of value.

By that definition, almost anything could be used as money. But obviously, some things work better than others. It’s hard to exchange things people don’t want, and some things don’t store value well.

Over thousands of years, precious metals have emerged as the best form of money. Gold and silver both, though primarily gold.

There’s nothing magical about gold. It’s just uniquely well-suited for use as money among the 92 naturally occurring elements available… in the same way aluminum is good for airplanes or uranium is good for nuclear power.

There are very good reasons for this, and they are not new reasons. Aristotle defined five reasons why gold is money in the 4th century BCE (which may only have been the first time it was put down on paper). Those five reasons are as valid today as they were then.

When I give a speech, I often offer a prize to the audience member who can tell me the five classical reasons gold is the best money. Quickly now – what are they? Can’t recall them? Read on, and this time, burn them into your memory.

If you can’t define a word precisely, clearly, and quickly, that’s proof you don’t understand what you’re talking about as well as you might think.

The proper definition of money is something that functions as a store of value and a medium of exchange.

Government fiat currencies can, and currently do, function as money. But they are far from ideal.

What, then, are the characteristics of a good money? Aristotle listed them in the 4th century BCE. A good money must be all of the following:

Actually, there’s a sixth reason Aristotle should have mentioned, but it wasn’t relevant in his age, because nobody would have thought of it… Gold can’t be created out of thin air.

Not even the kings and emperors who clipped and diluted coins would have dared imagine that they could get away with trying to use something essentially worthless as money.

These are the reasons why gold is the best money. It’s not a gold bug religion, nor a barbaric superstition. It’s simply common sense.

If you try to make airplanes out of lead, or money out of paper, you’re in for a crash.

That gold is money is simply the result of the market process, seeking optimum means of storing value and making exchanges.

Emma’s Note: Bill and Doug both believe gold is the one true money. Over centuries, it has weathered all sorts of storms, fought off all the pretenders, and continues to hold its value.

And both believe a historic gold boom is on the way.

He’s sharing how you can use it in your own portfolio today to hedge against the economic uncertainty up ahead. It’s all in this video presentation Doug recorded…


Like what you’re reading? Send your thoughts to feedback@rogueeconomics.com.​ 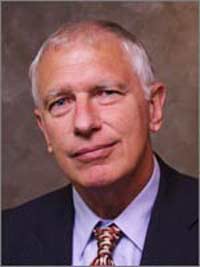 As the impetus behind the International Man project, Doug Casey is an American-born free market economist, best-selling financial author, and international investor and entrepreneur. He is the founder and chairman of Casey Research, a provider of subscription financial analysis about specific market verticals that he has focused his investing career around, including natural resources/metals/mining, energy, commodities, and technology.
Since 1979, he has written, and later co-written, the monthly metals and mining focused investment newsletter, The International Speculator. He also contributes to other newsletters, including The Casey Report, a geopolitically oriented publication.
Doug Casey is a highly respected author, publisher and professional investor who graduated from Georgetown University in 1968.
Doug literally wrote the book on profiting from periods of economic turmoil: his book, Crisis Investing, spent multiple weeks as #1 on the New York Times bestseller list and became the best-selling financial book of 1980 with 438,640 copies sold; surpassing big-caliber names, like Free to Choose by Milton Friedman, The Real War by Richard Nixon, and Cosmos by Carl Sagan.
Then Doug broke the record with his next book, Strategic Investing, by receiving the largest advance ever paid for a financial book at the time. Interestingly enough, Doug’s book, The International Man, was the most sold book in the history of Rhodesia.
He has been a featured guest on hundreds of radio and TV shows, including David Letterman, Merv Griffin, Charlie Rose, Phil Donahue, Regis Philbin, Maury Povich, NBC News and CNN; and has been the topic of numerous features in periodicals such as Time, Forbes, People, and the Washington Post.
Doug, who divides his time between homes in Aspen, Colorado; Auckland, New Zealand; and Salta, Argentina, has written newsletters and alert services for sophisticated investors for over 28 years. Doug has lived in 10 countries and visited over 175.
In addition to having served as a trustee on the Board of Governors of Washington College and Northwoods University, Doug has been a director and advisor to nine different financial corporations.
Doug is widely respected as one of the preeminent authorities on “rational speculation,” especially in the high-potential natural resource sector.
Click to expand...

Can you operate a society with people
using only gold coins?
There has to be a paper billing or accounting system, it seems...?

Maybe it’s the best storage of wealth for the long term, but I don’t think it’s the most practical medium of exchange.
Arm Leg Leg Arm Head

Doug Casey should know better: Gold is the only money!
"No man's life, liberty or property are safe while the legislature is in session." -- New York State Surrogate Court Judge Gideon John Tucker, Final Accounting in the Estate of A.B._, 1, Tucker (N.Y. Surrogate Court) 247, 249 (1866)