Gold, the Misery Index, and Insanity 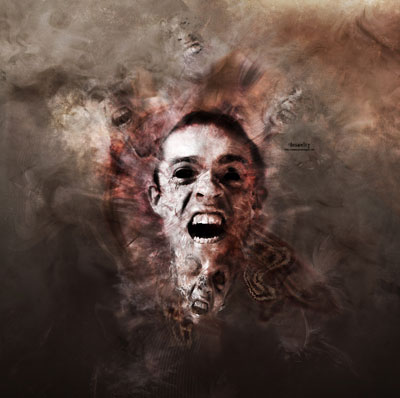 In 1980 Ronald Reagan spoke about the Misery Index. An economist had added the inflation rate to the unemployment rate, called it the Misery Index, and used it to indicate the social costs and economic difficulty for the middle class.

Today the Misery Index is much smaller than in 1980, thanks to … intelligent fiscal management, economically beneficial monetary policy from the Federal Reserve, and wise political policy from the White House. If you believe any of those, read no further.

Most people will agree that the Misery Index is much smaller today because the numbers have been gimmicked. Does anyone believe a few percent for inflation or around 5% unemployment? Massage (torture) the numbers and the Misery Index declines, incumbent politicians are re-elected, while far too many people remain out of work, earning practically nothing on their savings, and paying too much for food, clothing, drugs, medical care, college, transportation and so on.

What we need for this decade, instead of a Misery Index, is an Insanity Index based on measures than indicate how out of balance, crazy, unsustainable, and dangerous our current fiscal and monetary world has become. Consider a few examples: 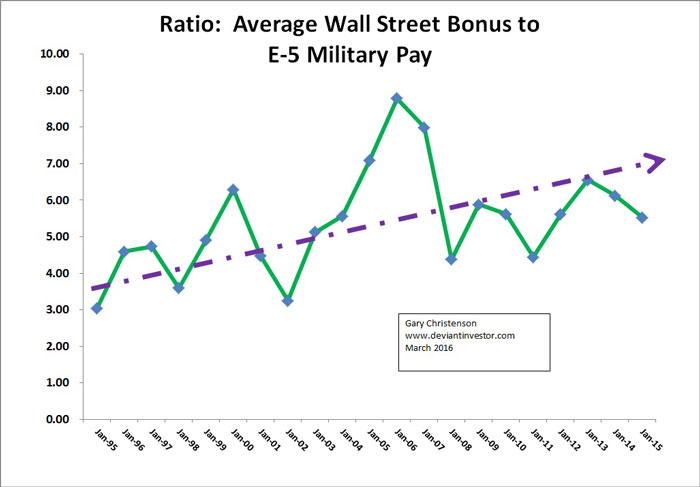 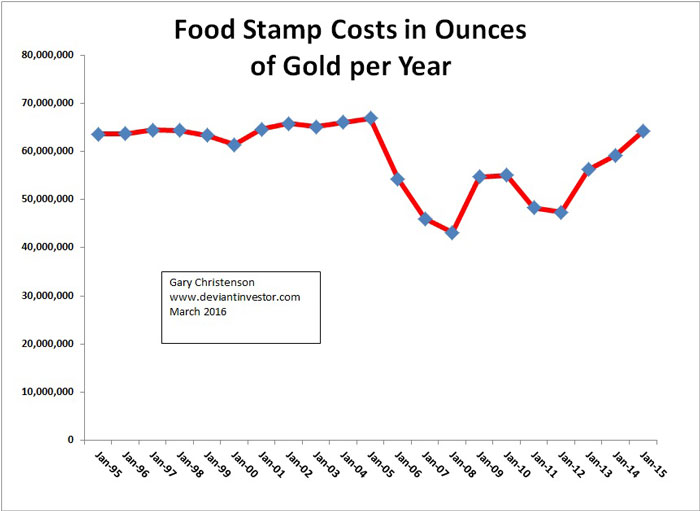 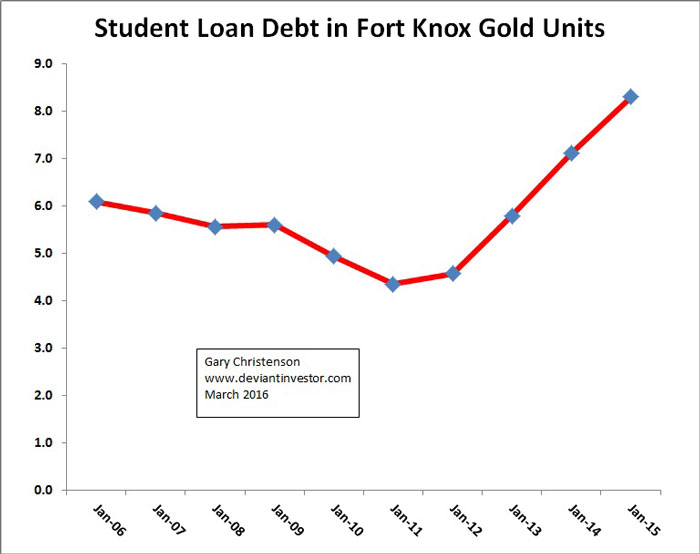 An index could be created – but what is the point? The United States fiscal and monetary policies passed “crazy” long ago, and now are pushing deeper into insanity with negative interest rates, a war on cash, out of touch Federal Reserve policy, insane debt, QE, uncontrolled deficit spending, and a “what could go wrong” attitude. Clearly the “paper game” has a limited life expectancy, Wall Street is due for a reset, government spending programs and pension plans are on life support, food stamps and student loans are two of many programs aggressively pushing the U.S. government into insolvency – and the solution is … negative interest rates, more QE, and a war on cash! Desperate and delusional!

Suppose the U.S. national debt in 2032 exceeds $80 trillion and the system has not yet imploded … what will be a fair price for an ounce of gold or an average house? What will that 30 year T-bond you bought in 2016 be worth in purchasing power in 2032? What will be the purchasing power of your saving account or retirement account or Social Security check? Debt, desperation and delusional thinking do not buy groceries, shelter, and health, or create a vibrant economy.
Bubbles always pop. Delusions can persist for years or decades, but they eventually crash on the rocky shores of reality. Gold and silver were valuable 3,000 years before the first central bank and I submit they will be valuable 3,000 after the world regains monetary sanity.

Given the insanity of endless borrow and spend programs, ever increasing debt, overpriced stocks and bonds, desperation and delusions, and … so much more … have you stacked physical gold in preparation for the inevitable consequences of all the above?

My Books on Amazon 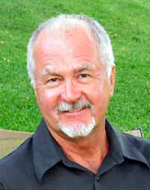 Gary Christenson is the owner and writer for the popular and contrarian investment site Deviant Investor and the author of the book, “Gold Value and Gold Prices 1971 – 2021.” He is a retired accountant and business manager with 30 years of experience studying markets, investing, and trading. He writes about investing, gold, silver, the economy, and central banking. His articles are published on Deviant Investor as well as other popular sites such as 321gold.com, peakprosperity.com, goldseek.com, dollarcollapse.com, brotherjohnf.com, and many others.

Many years ago he did graduate work in physics (all but dissertation), so he strongly believes in analysis, objective facts, and rational decisions based on hard data.

Like my blog? You might enjoy my books:
New Fiction: “Who Killed Doctor Silver Cartwheel?“
Non-Fiction: “Gold Value and Gold Prices 1971 – 2021“
Available at Amazon in Paperback and Kindle and Available at www.gechristenson.com

I'm not the most eloquent when it comes to argueing points like, do we have to much debt? .., but when you do consider this question, you have to look at: how big is the economy? If the total GDP is say, 5 times higher than it was 20 years ago, then it might be alright to have more debt.

Sometimes, not having debt is not the best way to conduct business. ... Or a government.

Fjpod said:
I'm not the most eloquent when it comes to argueing points like, do we have to much debt? .., but when you do consider this question, you have to look at: how big is the economy? If the total GDP is say, 5 times higher than it was 20 years ago, then it might be alright to have more debt.

Sometimes, not having debt is not the best way to conduct business. ... Or a government.
Click to expand...
QWAK,Fjpod,Debt is poisen and cumulative ---- you may survive a little but it shortens your life and may cause premature DEATH.