Government debt is the new subprime

Without widespread austerity, a global debt crisis is a realistic possibility in the next five years 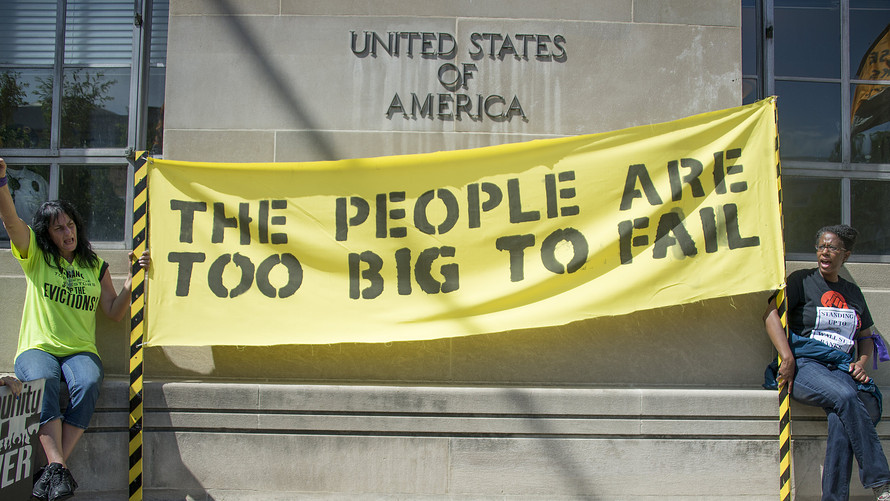 AFP/Getty Images
Don’t be so sure.
Howard Marks of Oaktree Capital is one of the greatest investors and investment strategists of the past 20 years. In Howard’s first January memo, he reflected on the recent fall in asset prices and the rise in volatility. His conclusion is that, yes, much of this sell-down is deserved but it probably won’t be as bad as 2008, as there isn’t a current equivalent to subprime in fragility and magnitude.

This is a challenge to that assertion.


Without widespread adoption of austerity, a global debt crisis, similar to the European sovereign debt crisis of 2012, is a realistic possibility in the next five years.

I’ve often heard people say things like “this country cannot default because no one will ever lend money to them again.” The people making such claims ignore history as many countries have defaulted and returned to the capital markets within five to 10 years. Greece’s default in 2012 and return to the bond markets in 2014, without addressing the fundamental economic problems it faces, is proof that investors can have remarkably short memories for sovereign defaults.

In the 2008-2014 period, the largest growth has been in sovereign debt, up by 9.3% a year. This rate of growth far exceeds global GDP growth. Most forecasts have global GDP growth slowing this year and inflation levels for much of the world near zero. Together these factors mean that governments will have minimal tailwinds to help them service the increasing level of government debt.

In the U.S., federal, state and local governments have very large unfunded pension liabilities that will have worsened with the recent falls in equities and other risk assets.


I’m conscious that being early and being wrong are indistinguishable for many. I’m not predicting that 2016 will bring widespread sovereign defaults, but there’s a great risk that if austerity isn’t widely adopted, some major countries will lose the confidence of lenders in the next five years. I’ve seen enough distressed situations to know that the inevitable doesn’t happen immediately and that unforeseen solutions can arise for seemingly hopeless situations.

In developed markets, the story is typically one of slow GDP growth but rapid growth in both explicit government debt and off-balance-sheet liabilities. The off-balance sheet liabilities mostly relate to aging populations, with the future holding a much greater demand for pension and welfare payments to older citizens as well as greater demands for health care. Bailouts of banks is another iceberg that can cause a shipwreck. In the U.S., federal, state and local governments have very large unfunded pension liabilities that will have worsened with the recent falls in equities and other risk assets. Disputes between Chicago teachers and the governor of Illinois have resulted in a surge in borrowing and in the interest rate paid on new debt. The bankruptcy of Detroit in 2013 and the likely default for Puerto Rico this year are other examples.

In Europe, Italy has both terrible demographics and a very high government debt-to-GDP ratio as well as a banking system with imminent solvency issues that may require government bailouts. However, France, Germany and the U.K. have much higher debt ratios when off-balance-sheet liabilities are included.

While Japan hasn't yet experienced the hyperinflation of Zimbabwe or Venezuela, it cannot endlessly print money and run budget deficits without dire consequences.

The biggest economic issue facing China is that growth in its debt levels has dramatically exceeded growth in GDP. Those bearish on China’s future will frequently call out this problem. Those who believe in strong growth or a soft landing for China ignore this. Simply put, historical examples of such rapid growth in debt levels have never ended well.

In making a call that government debt is the new subprime, there are other sectors that have been passed over for different reasons. It’s a combination of the size and the follow-on impacts that stand out here. Government debt in Japan is $10.58 trillion, Italy $2.83 trillion, Brazil $1.55 trillion, Spain $1.35 trillion, Russia $333 billion and Portugal $299 billion. Any of these could make the 110 billion euro of losses on the 2012 Greek restructuring seem minor.

Thus far it has been easy for investors to dismiss the defaults as isolated and unusual cases. Detroit, Puerto Rico, Ukraine and Greece are relatively small and are considered to be governments with particularly poor management. The European debt crisis of 2012 has been long forgotten, but the migrant issues and the continuing inability to fix Greece are tearing at the unity of the European Union and could see an attitude of every man for himself emerge.

It’s not a stretch to think that a future global recession could see a global version of the 2012 European debt crisis, but without anyone willing to bail others out.

This is an abridged version of a longer commentary that can be read here.

Jonathan Rochford is a portfolio manager at Narrow Road Capital, which specializes in high-yield and distressed credit.