How The Sahara Desert Can Power The Entire World

How The Sahara Desert Can Power The Entire World
Tsvetana Paraskova

​
The vast Sahara Desert in Africa is inhospitable to plants and animals, but quite suitable for movie sets such as Luke Skywalker’s desert home planet of Tatooine in Star Wars. But it could be home to so much more.


It’s so sunny and hot in the Sahara all year round that scientists have started to suggest that a small part of the large desert could turn into one giant solar power project capable of powering Europe and even the world.

Theoretically, the Sahara desert has huge potential to be the world’s biggest renewable energy source. But in practice, there are technological, regulatory, environmental, and political hurdles to turning the Sahara into one giant solar park.


According to Amin Al-Habaibeh, Professor of Intelligent Engineering Systems at the Nottingham Trent University, the total solar energy available in the Sahara desert exceeds 22 billion gigawatt hours (GWh) annually. To put this in context, if all the Sahara were one giant solar farm, it would generate 2,000 times more energy than the largest power station in the world, which generates 100,000 GWh annually, Al-Habaibeh writes in The Conversation.


Theoretically, solar energy generated in the Sahara desert could meet all of Europe’s electricity needs with a low-carbon renewable energy source.


Professor Al-Habaibeh argues that there are two solar power technologies that could be used—concentrated solar power (CSP) tech and the most common type of solar generation in the world, photovoltaic (PV) solar panels. But each of those two systems has their drawbacks. CSP would be ideal in the hot and always sunny weather, but its lenses and mirrors used to concentrate the power in one spot could be dusted by sand storms and would require water to clean. The heat from CSP generates electricity from steam turbines, which are still a complex technology to use in solar-powered generation.

PV solar panels, on the other hand, see their efficiency drop when they are too hot, and it’s often very hot in the Sahara, Al-Habaibeh says. PV solar system would also need water to clean the panels, which could end up covered in sand after sand storms.


Then there is the issue with harmonized regulation and legislation because there are several countries in the Sahara desert, including a restive Libya which is currently fighting a civil war.


Next, there is the problem with what experts call ‘climate justice’.


According to Olufemi Taiwo, a philosopher who researches climate justice at Georgetown University, sub-Saharan Africa’s potential power exports to Europe may boost European energy security but will do very little to help a still vast portion of the African population who don’t have access to electricity.


Huge solar and wind installations in the Sahara desert could also have unintended consequences, which should also be taken into account, Alona Armstrong, Senior lecturer at Lancaster University, wrote in The Conversation last year, citing a study which suggests that huge solar and wind installations would raise local temperatures and increase rainfall and later—vegetation. While turning parts of the Sahara green for the first time in several thousand years may be a good thing, the study suggests that experts and researchers should take into account the unintended consequences of large-scale solar and wind deployment in the region.


The political and regulatory landscape in the countries lying in the Sahara desert should also be considered in any project, Armstrong says.


“Though mass amounts of cheap Saharan energy sounds like a great thing, it is not clear it would be a secure enough investment for the economics to add up,” she writes.


One previous attempt to have large solar and wind systems in the Sahara power Europe has already failed. A Germany-based company, Desertec, proposed in 2009 a massive project to export electricity from the desert to Europe. A few years later, however, many of the shareholders backing the project called it quits, because of very high costs and because they were not so interested in the Middle East and North Africa (MENA) region.


In the United States, theoretically, a small part of a sunny U.S. state could power the entire country with solar panels, Elon Musk said in 2017.


“If you wanted to power the entire U.S. with solar panels, it would take a fairly small corner of Nevada or Texas or Utah; you only need about 100 miles by 100 miles of solar panels to power the entire United States,” Musk said at the National Governors Association Summer Meeting in July 2017. “The batteries you need to store the energy, to make sure you have 24/7 power, is 1 mile by 1 mile. One square-mile. That’s it.”


In theory, large-scale solar projects could power entire countries and continents, but in practice there are still high barriers to making this a reality.


By Tsvetana Paraskova for Oilprice.com 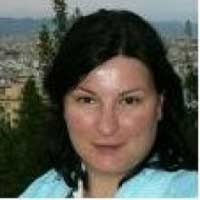 Tsvetana is a writer for the U.S.-based Divergente LLC consulting firm with over a decade of experience writing for news outlets such as iNVEZZ and SeeNews.

You would need somebody other than african spooks to maintain it if you wanted it to work reliably.

Where do you mount them when the sand is always shifting and changing?
The death penalty is 100% effective against repeat offenders.

To make that long story short: Making Solar Electricity in the Sahara in ONE thing. Getting it OUT of the Sahara is another.
Remember it takes far more electricity generated than what gets used in the plug at your house.
Here's an Idea : Get all those philanthropic BILLIONAIRES to donate some funds to create this solar farm BUT use the electricity to electrify the damn continent.
WHAT ! There is no money to be made in doing that ? IMAGINE THAT.
President Trump said — "They’re not after me. They’re after you. I’m just in their way."

How many ounces of silver would be needed to make enough solar cells to cover the Sahara?

And how many pounds of copper would be needed to wire it all together?

what about reflection rather than absorption?

how does that affect overall climate?
Sound of Silence

I guess We the People will also be on the hook for this one under the guise of "climate control."

Don't even have to build it.

Just do CGI, wait 30 years and claim that the project was a failure.

Scorpio said:
what about reflection rather than absorption?
Click to expand...
What misses the collection tower heats up the upper Troposphere and lower Stratosphere. Off the West African Coast that could effect hurricane season. But that is my WAG. YMMV
President Trump said — "They’re not after me. They’re after you. I’m just in their way."

Would the reflection to the upper atmosphere be more pronounced because it cannot absorb into the sand?

Typically those things act as mirrors and will send a incredible amount of concentrated energy back?
Sound of Silence

Solar is one of the fastest growing energy sources in the world, and with countries racing to assert their dominance in the burgeoning industry the leading nation is never clear for long. Power-technology.com profiles the eight biggest solar power plants in the world.


Declining manufacturing costs and increasing public awareness of environmental dangers means that solar is one of the fastest growing sources of renewable energy. Solar capacity has nearly quadrupled over the last five years, rising to nearly 400GW by the end of last year and contributing to nearly 20% of global power growth in 2017. But where are the biggest solar power plants?

The nations pulling ahead in the sunny sector are China and the US, which together make up two-thirds of the global growth in solar power. However, with a spate of planned projects across the globe, the title of ‘largest solar plant’ is never held for long.

The Kamuthi solar facility in Tamil Nadu, India, has a total generation capacity of 648MW. Covering 2,500 acres (10 sq km) and consisting of 2.5 million solar panels, the site is estimated to make enough power for 750,000 people.


Completed in September 2016 at a cost of approximately $679m, the station was built in just eight months.

The plant is cleaned every day by a robotic system, which is itself charged by its own solar panels.

The Longyangxia solar park has a total capacity of 850MW, sufficient to power 200,000 households.

The site sits on the Tibetan Plateau in northwestern China’s Qinghai province and is operated by State Power Investment Corporation, one of China’s top five power generators.

This Mojave Desert solar plant kills 6,000 birds a year. Here's why that won't change any time soon
The death penalty is 100% effective against repeat offenders.

Nothing will get off the ground without govts involvement ... Solyndra ...

“If you put the federal government in charge of the Sahara Desert, in 5 years there’d be a shortage of sand”
-- Milton Friedman
Last edited: Jun 16, 2019
"Unless we keep the barbarian virtues, gaining the civilized ones will be of little avail." -- Theodore Roosevelt

"The most improper job of any man... is bossing other men. Not one in a million is fit for it,
and least of all those who seek the opportunity." -J.R.R. Tolkien

Just plant corn every two feet and water it.

Golden Regards
Uncle
That commitment to devoting yourself to the art of the 6 string is the price you pay for the payoff of staying young your whole life. - Apocalypto

Uglytruth said:
Where do you mount them when the sand is always shifting and changing?
Click to expand...
Correct! The Sahara has swallowed whole towns and cities not to mention the old bed of the Nile river. They'll build it and it will eat it.
"No man's life, liberty or property are safe while the legislature is in session." -- New York State Surrogate Court Judge Gideon John Tucker, Final Accounting in the Estate of A.B._, 1, Tucker (N.Y. Surrogate Court) 247, 249 (1866)

oldgaranddad said:
Correct! The Sahara has swallowed whole towns and cities not to mention the old bed of the Nile river. They'll build it and it will eat it.
Click to expand...
Like I posted above:

Location
Peeking out from under the keyboard!

Nuclear is the future.
Cheers
Z

The proverbial glass is full, half with water, half with air. Anyone who thinks otherwise does not fully understand the situation. - Z
You must log in or register to reply here.
Share: Twitter Link