An investment firm founded by Hunter Biden facilitated a $3.8 billion purchase of an American-owned cobalt mine by a Chinese conglomerate, placing a key resource used in the manufacture of electric car batteries under foreign control, according to the New York Times. 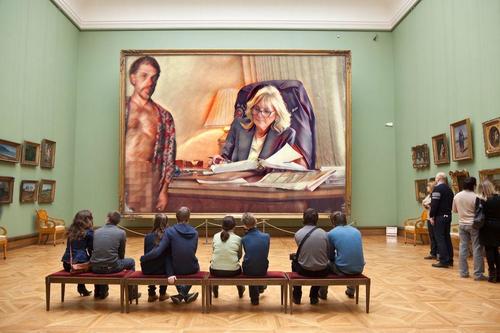 The mine, formerly owned by Freeport-McMoRan and located in the Democratic Republic of Congo, was purchased in 2016 after Chinese mining outfit China Molybdenum announced a partnership with the Biden-founded Bohai Harvest RST (BHR) - with the Chinese contributing $2.65 billion and BHR contributing $1.14 billion to buy out a minority stakeholder, Lundin Mining of Canada. The money for Bohai's share came "entirely from Chinese state-backed companies," according to the report.

China Molybdenum lined up about $700 million of that total as loans from Chinese state-backed banks, including China Construction Bank. BHR raised the remaining amount from obscure entities with names like Design Time Limited, an offshore company controlled by China Construction’s investment bank, according to the Hong Kong filings.
Before the deal was done, BHR also signed an agreement that allowed China Molybdenum to buy BHR’s share of the mine, which the company did two years later, the filings show. That purchase gave China Molybdenum 80 percent ownership of the mine. (Congo’s state mining enterprise kept a stake for itself.) -NYT
Click to expand...

In 2019, when Hunter controlled 10% of the firm through Washington-based Skaneateles, LLC, BHR sold its stake. As the Times notes, Chinese corporate records show Skaneateles is still part owner of BHR, however Biden attorney Chris Clark said that Hunter "no longer holds any interest, directly or indirectly, in either BHR or Skaneateles."

According to a former BHR board member, Hunter and the other American founders were not involved in the mine deal, and the firm only earned a 'nominal' fee on the deal. The proceeds allegedly went towards the firm's operating expenses, and was not distributed to its owners.
That said, the Times does raise a good point: "It is unclear how the firm was chosen by China Molybdenum."

A dozen executives from companies involved in the deal, including Freeport-McMoRan and Lundin, said in interviews that they were not given a reason for BHR’s participation. Most of the executives also said they were unaware during the deal of Mr. Biden’s connection to the firm.
Paul Conibear, Lundin’s chief executive at the time, said it was made clear that China Molybdenum was leading the transaction even though the buyer of Lundin’s stake was BHR.
“I never really understood who they were,” Mr. Conibear said of BHR. -NYT
Click to expand...

So - Hunter Biden's investment firm shows up to funnel money from Chinese state-owned firms into the cobalt deal, and nobody involved knows why.

Hunter hasn't got two brains cells to rub together, his father is dumb as a post. Someone else arranges all this.

Rollie Free said:
Hunter hasn't got two brains cells to rub together, his father is dumb as a post. Someone else arranges all this.
Click to expand...

strange, the NYT is running a very similar story with the names:
Michael Forsythe, Eric Lipton and Dionne Searcey as the authors


$10 says someone two, three steps above them wrote the foundation and these fools, all of them, just embelleshed where they could


the NYT's has it as just another smart business deal, no biggie


reminds me of something about to become exposed and they're trying to get ahead of the spillage that hasn't occured yet...but we here know better, this has been out in the open for a while
...... it's all perverted!

Location
The State of Jefferson

"Circumstance made us become the resistance, we just wanted to be left alone"

Batteries and electric cars
Disclaimer: this post and the subject matter and contents thereof - text, media, or otherwise - do not necessarily reflect the views of the GIM2 administration.

These 'BOOMs' are becoming tiresome. Wake me up when someone is arrested
"How do you explain to idiots that every freedom we have was won by the blood of brave soldiers through history. The idiots think Papa government is going to take care of them. Pick up a darn history book."
-Avalon

Fealty of "The Big Guy" to their cause is worth a lot more than 10%...
'When a well-packaged web of lies has been sold gradually to the masses over generations, the truth will seem utterly preposterous and its speaker a raving lunatic'.-- Dresden James

Everything is poison, it is only a question of the dose. -Paracelsus

arminius said:
Fealty of "The Big Guy" to their cause is worth a lot more than 10%...
Click to expand...

unless, for one reason or another, they all end up in jail...

Buck said:
unless, for one reason or another, they all end up in jail...

As the saying goes, "balls the size of church bells."
.
.
Just my 7 cents (2 cents after taxes and inflation).

Did he get any competing bids or was it a straight sale to a CCP? Somehow the USA is being sold out down the road.
You must log in or register to reply here.
Share:
Twitter Share Link