If this isn’t the start of the crisis, just imagine how bad the real crisis is going to be 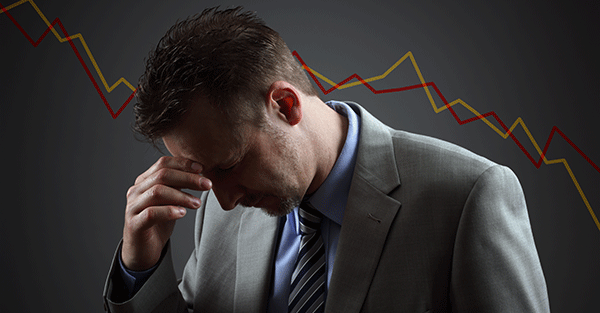 If this isn’t the start of the crisis, just imagine how bad the real crisis is going to be.
Simon Black

You might have heard of the organization that he used to manage—the Bank of International Settlements (BIS).

The BIS is often called the central bank of central banks; their role is essentially to facilitate international financial transactions among the world’s central banks.

So they are a major component in the international financial system, just like the IMF and World Bank.

William White is a central banker who used to be on the BIS management committee. And this makes him a key member of the global financial establishment.

It’s not too often that central bankers are particularly transparent with the public.

Ben Bernanke famously told the world in July 2005 that there wouldn’t be a nationwide decline in home prices in the United States.

Then just a few months later when home prices did fall, he told Congress that the adverse effects of the housing market were ‘contained’ and wouldn’t affect the broader economy.

He was dead wrong on both accounts. And one of the biggest financial crises in history broke out shortly thereafter.

Central bankers seem to always miss the crisis just around the corner.

That’s pretty scary given that they have the power to dominate and control just about everything in the entire economy.

And despite a serial track record of failure, we’re just supposed to trust them to be smart guys. It’s madness.

A few days ago, however, William White gave an interview stating some things that you never hear coming out of the mouth of a central banker. Ever.

According to White, the global financial system is dangerously unstable.

“The situation is worse than in 2007,” he said, and went on to explain that central banks no longer have the ammunition to fight off a major crisis.

He railed against the mountain of government debt that has accumulated worldwide, saying that “it will be obvious in the next recession that many of these debts will never be serviced or repaid.”

White also suggested that banks, particularly in Europe, will have to be recapitalized on an unimaginable scale.

And due to all the new regulations, it will be depositors who have portions of their accounts confiscated by the state in order to fund the bank bailouts.

William White is not alone.

Michael Bury, the man who made $100 million betting against the last housing crisis, sees the same thing.

In an interview last month, Bury spoke about the “absurdity” of the massive level of debt in the system, and the Federal Reserve’s pitiful balance sheet.

When he gave the interview, the Fed’s balance sheet was leveraged 77:1. Today, barely a month later, it’s over 100:1. Incredible.

Financial markets have been in panic mode since the beginning of the year.

Look, maybe this is it. Maybe the global financial system has truly reached its limit.

Maybe the world has realized that the path to prosperity is not in conjuring money out of thin air, raising taxes, or going deeper into debt.

Maybe people have finally figured out that an insolvent government and insolvent central bank cannot possibly continue to underpin the entire financial system.

Maybe this will all be forgotten in a few weeks. And this coming Christmas no one will remember the great crisis of January that almost was.

But to me the incredible thing is how much panic there has been, particularly in banking and financial markets, just at the mere HINT of problems in the system.

It’s a clear indication of how quickly people can lose confidence and an entire system can become unglued.

Maybe things drag on like this for years, with government continuing to pile up debt and central banks continuing their slide into insolvency.

But one day that confidence will turn. And as this month shows, it can all happen in an instant.

Crisis always brings opportunity for those who can see the obvious realities. And I think what’s starting to unfold is tremendously exciting.

Economics isn’t complicated. The Universal Law of Prosperity is very simple: produce more than you consume.

Governments, corporations, and individuals all have to abide by it. Those who do will thrive. Those who don’t will fail, sooner or later.

When the entire financial system ignores this fundamental rule, it puts us all at risk.

And if you can understand that, you can take simple, sensible steps to prevent the consequences.

We’ll discuss some of these steps in upcoming letters.

https://www.sovereignman.com/trends...5829482f4e4ce0868d289bea4bdfde829d0f04e09f68e
Disclaimer: this post and the subject matter and contents thereof - text, media, or otherwise - do not necessarily reflect the views of the GIM2 administration.

Nobody really knows what's going to happen. There are both sides stated above. I pay for financial advice and that service just sent an email stating due your own diligence to decide your risk tolerance and do what's best for you.

That does not sound like a "V" bottom to me. Others have also stated that we will retest the lows again. It looks like a downward staircase with lower higher and deeper lows. I can tell you for a fact if I left the market in 2013 to never return I would be better off today. There are new generations that don't even consider the stock market anymore.

If this is really going to be like 2008 then we'll be talking about this all the way down to the bottom. Looking at the charts of 2008/2009
to bottom out took close to a year and some months. Slow insidious creep down with lower lows.
What are the predictions on when we'll see "the world is ending" in the press?
Last edited: Jan 23, 2016
“The nitrogen in our DNA, the calcium in our teeth, the iron in our blood, the carbon in our apple pies were made in the interiors of collapsing stars. We are made of starstuff.”
― Carl Sagan, Cosmos

Things are about the same as they were last year on the ground. Some jobs are coming back and housing is slowly improving around 5-6% annually. Rents are up more. What is changing is some financial engineering is going on behind the scenes. Follow the money, but it looks like oil producers are getting screwed after screwing consumers for years.

But the tinkering is creating tremendous uncertainty. It will take a year to see the impact and wash it out of the system.

Goldhedge said:
If this isn’t the start of the crisis, just imagine how bad the real crisis is going to be.
Simon Black

Crisis always brings opportunity for those who can see the obvious realities. And I think what’s starting to unfold is tremendously exciting.

Economics isn’t complicated. The Universal Law of Prosperity is very simple: produce more than you consume.

Governments, corporations, and individuals all have to abide by it. Those who do will thrive. Those who don’t will fail, sooner or later.

When the entire financial system ignores this fundamental rule, it puts us all at risk.

And if you can understand that, you can take simple, sensible steps to prevent the consequences.

We’ll discuss some of these steps in upcoming letters.

FAR TOO MANY consumers, recipients and beneficiaries, most especially on the local, state and fed.gov spigots.

IMO, the only way for the REAL producers to rise to the top is for the consuming majority to enter harsh austerity.

Sadly, it is this same entitled class of consumers who will legislate and "vote" their way to more consumption.

Free markets simply do not exist in today's world, but if they ever return, the producers will prosper.

I predict at least 10 years of a bear market, maybe 20. Unless of course a shooting world war starts. Then all bets are off.