Is now the time to sell all your gold? Stanley Druckenmiller thinks so.

Druckenmiller: I sold all my gold


Nov. 10, 2016 11:06 AM ET|By: SA Eli Hoffmann, SA News Editor
Speaking to CNBC this morning, fund manager Stanley Druckenmiller - who had been pessimistic about the U.S. economy, said that he is now "quite, quite optimistic" on the U.S. economy following the election of President-elect Donald Trump. "It's as hopeful as I've been in a long time."

"I sold all my gold on the night of the election." Why? “All the reasons I owned it for the last couple of years seem to be ending", namely, expectations that inflation is now set to spike, forcing money out of safe assets - like gold and Treasurys - and into the dollar.

Druckenmiller said he now has a “large bet on economic growth. I’m short bonds, Bunds, Italian bonds, U.S. bonds.” The trades reflect his expectation of higher deficits and stronger growth leading to another surge in debt.

Druck said he is “hopeful” on the Trump administration and political climate. “I would not be surprised if we’re looking at the absolute peak of divisiveness.”

I didn't!!!
'I pledge allegiance to the flag of the United States of America; and to the Republic, for which it stands, one nation under God, indivisible, with liberty and justice for all!'
(except in California, New York, New Jersey, Michigan, Illinois, Massachusetts, parts of Oregon and WA state, and all of Washington DC)
http://chuckmaultsby.net/id145.html

I never had any to begin with. I just come here to hang out with you folks 'cause you're so damn fun.

So, buy Italian bonds instead?

Nothing has changed , 20t in debt, 100t plus unfunded liablitites , only question is how bad it gets, Dems will obstruct as much as they can, Schummer already got caught saying it, they will work against trump. World is a bubble

Nothing changed? I disagree.

Free, easy king $ profits for all (except for metals investors of course).

I posted soros selling in august. That was the fire alarm. The question is, are the druck's sources as good as his?

Stanley Freeman Druckenmiller is an American hedge fund manager, he is the former Chairman and President of Duquesne Capital, which he founded in 1981. He closed the fund in August 2010 because he felt unable to deliver high returns to his clients.
Click to expand...
Ok dude that can't deliver, lead on...............
Winding tighter & tighter the coiled spring builds moonshot bake the cake wealth building potential... or not
E

Wall street was funding HRC 99:1 over DT.
But now they like him?
Very interesting...

Free, easy king $ profits for all (except for metals investors of course).

I posted soros selling in august. That was the fire alarm. The question is, are the druck's sources as good as his?

I would trade gold for silver right now! There is a base metal rally brewing silver will get some (alot) of that action but i fear a debonaire metal like gold will remain quiet.
cut your own lawn and rake your own leaves!!
"Silver coin and bar premiums are so high there is no need for gold." Yogi Berra
Trust Jared

andial said:
I would trade gold for silver right now! There is a base metal rally brewing silver will get some (alot) of that action but i fear a debonaire metal like gold will remain quiet.
Click to expand...
I'm over my head in silver. Stacked to the ceiling like beer cans.

have you seen what copper is doing, andial?

JayDubya said:
have you seen what copper is doing, andial?
Click to expand...
Broke out of the long term down trend line from 2011. Same as gold, which failed miserably on the retest.

At this point, still possibly a false breakout with copper
Last edited: Nov 10, 2016

I have a post in the nickels thread showing copper may have bottomed a few weeks ago. Though I warned it could still make a lower low in the next 6 months. So far it's behaving as expected. Lets see what happens on the retest.
Last edited: Nov 10, 2016

JayDubya said:
have you seen what copper is doing, andial?
Click to expand...
Yes doing very well all base metals are rallying the worse the metal the bigger the rally, i'm guessing but i bet ore is doing best.
cut your own lawn and rake your own leaves!!
"Silver coin and bar premiums are so high there is no need for gold." Yogi Berra
Trust Jared

I'm no longer ashamed to tell people I have a basement full of pre 82 pennies.
"Bear Island knows no King but the King in the North whose name is Stark"

Inflation is going up. Sorry. 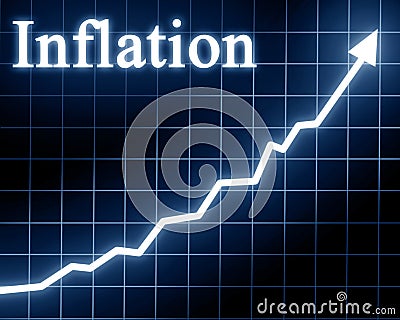 “The nitrogen in our DNA, the calcium in our teeth, the iron in our blood, the carbon in our apple pies were made in the interiors of collapsing stars. We are made of starstuff.”
― Carl Sagan, Cosmos

Druckenmiller Is Wrong About Trump And Gold

Summary
Stanley Druckenmiller has disclosed that he sold all his gold on Election Night. He is optimistic on U.S. economic growth under Trump.

Trump will lead to two things: inflation and geopolitical chaos. Both are very bullish for gold.

I prefer long gold over Druckenmiller's short government bonds, because gold will rise on inflationary growth, stagflation, or safe haven demand in any kind of crisis.

Investors must realistically take into account the risk that half the country and much of the world hates and fears Trump. This is a great geopolitical risk to the economy.

I was quite surprised to read this morning that Stanley Druckenmiller has disclosed that he sold all his gold on Election Night. Druckenmiller now says that he is "quite, quite optimistic" on the U.S. economy, that "It's as hopeful as I've been in a long time," and that he is "hopeful" on the Trump administration and political climate: "I would not be surprised if we're looking at the absolute peak of divisiveness."

Wow. I have a lot of respect for Stanley Druckenmiller and his legendary history of investing success, but I strongly believe he is dead wrong this time, and I happily take the opposite side of his bet.

Financial markets are already betting on the inflation. All the moves in all sectors in the wake of Trump's election reflect rising inflation expectations due to anticipated infrastructure spending and fiscal stimulus. I wrote about this in my article, "Gold Miners Are A Clear Buy With Trump As President," pointing out that metals, miners, basic materials, industrials, and energy stocks are racking up big gains since Trump's election.

That was also a period of long-term peaceful U.S. economic growth. It came after a long turbulent period of a world war, a depression, and another world war. Druckenmiller appears to believe that we are about to have another Post-War Boom kind of period under Trump. Back to the 1950s! Sorry, I cannot believe that this is what will happen.

So many things can go wrong with Druckenmiller's bet on economic growth under Trump. Setting aside anyone's personal political opinions, one has to keep in mind that half the country and much of the world hate and fear Trump. You may love him, you may hate him, you may not care either way, but your investments will care about the fact that Trump is one of the most divisive political figures in U.S. history. To say that right now is "the absolute peak of divisiveness", and that American politics will become less divisive going forward under Trump - well, that is quite a statement. I don't advise you to invest based on it.

Just in the last week before the election, Trump had to be hustled off a stage by the Secret Service due to a perceived threat in the crowd. This reaction apparently turned out to be overblown, but it is an indication of the kind of controversial, polarizing figure that Trump represents. Druckenmiller seems to be making a big bet, among other things, on the life and health of Trump in office. I'm afraid this is a risky bet. I don't wish anyone personal ill tidings, but as a prudent investor you have to be coldly realistic about the geopolitical risks that exist in the world, and the hatred of Trump is one of those risks. Speaking frankly, does Druckenmiller really have confidence in peaceful prosperous economic growth under a Pence Administration as well as under a Trump Administration? A prudent investor needs to be realistic and think about such things.


Look, Druckenmiller may well still make a lot of money on his short bet on government bonds. They will sell off on rising inflation and rising interest rates, whether that accompanies economic growth or stagflation.

But I will much rather place my bet on a rising gold price. This investment will work out well under inflationary growth, stagflation, or safe haven demand in any kind of crisis. Have we already forgotten that just yesterday we were all worried about the risk of another global financial meltdown and massive global economic depression, because the problems of 2008 haven't been solved, they've just been literally papered over with debt and ballooning central bank balance sheets?

For Druckenmiller to switch his financial bet from long gold to short government bonds, that's a personal tactical investment decision on his part. It may or may not work out for him. But for the rest of us, it is risky to listen to him and sell gold, or not buy gold, because of what he says. He may do just fine with this trade, but you or I may not. I strongly believe the right move for most people right now is to buy gold, not sell it.

Disclosure: I am/we are long PHYS.

I wrote this article myself, and it expresses my own opinions. I am not receiving compensation for it (other than from Seeking Alpha). I have no business relationship with any company whose stock is mentioned in this article.
You must log in or register to reply here.
Share: Twitter Link