It just doesn't get any better than this: 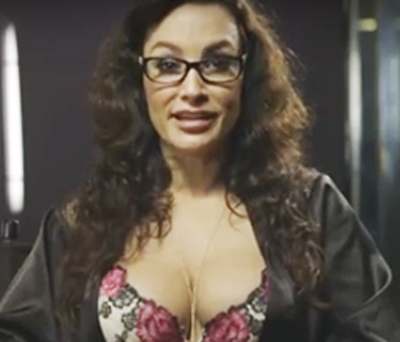 The Internet practically exploded this morning after a detailed report was published proving that dozens of corrupt politicians around the world have been stealing public funds and hiding the loot overseas.

In other news, the Pope is Catholic.

Not to make light of this, but this hardly comes as a surprise. There’s some Grade A filth in positions of power who routinely funnel public funds into their own pockets.

Whether they secret the funds offshore, buy expensive flats in London, purchase Bitcoin, or stuff cash under their mattresses seems hardly relevant.

The real issue is that systems of government routinely put morally bankrupt individuals in control of trillions of dollars of cash.

Seriously, what do people expect is going to happen?

Yet this never seems to be concern. The media outcry always seems to focus on the manner in which public officials hide their assets, not the fact that the funds were stolen to begin with.

This report targets the illicit use of offshore corporations, specifically those set up by a single law firm in Panama.

In reality, this issue hardly boils down to one firm.

There are thousands of law firms all around the world, including in the UK and the United States, that register companies for their clients.

Some of those companies end up being used for nefarious purposes, including fraud and theft.

But it’s crazy to presume that corrupt officials and con artists are the only ones who would ever need a company in one of these “shady” jurisdictions.

(Those “shady” jurisdictions, by the way, include Wyoming, South Dakota, and Delaware.)

No I am not making this up.

Never mind that people in the Land of the Free are living in the most litigious society in human history.

Or that last year the US government stole more money and private property from its citizens through civil asset forfeiture than all the thieves and felons in the country combined.

Given such obvious realities, you’d have to be crazy to NOT take steps to protect your savings.

So let it be written.

Look, the anger and disgust of seeing corrupt people getting away with a crime is understandable, particularly when that crime is stealing from taxpayers.

But nobody ever seems to attack the real problem– that these people are ever put in positions enabling them to steal taxpayer funds to begin with.

Instead the spotlight is always on how they hide it. That’s like focusing on what color T-shirt the ax murderer was wearing.

My concern is that is if corrupt officials shift tactics and start buying gold, there will be calls to outlaw gold. Or if they start holding cash, there will be even louder calls to ban cash.

These reports are incredibly damning for the dozens, even hundreds or thousands of bad actors who abuse the system.

But at the same time they create a mass hysteria that puts law-abiding taxpayers who value their financial privacy into the same category as some corrupt African dictator.

Listen in to today’s podcast as we discuss this trend even more, what I call the “New Dark Ages”.

We’ve entered a time where privacy and personal freedom are trivial inconveniences rather than the bedrock cultural values they used to be.

I’d advise you to turn DOWN the volume. This podcast is probably the most intense I’ve ever done. Listen in here. 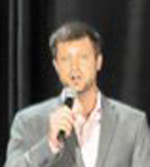 Simon Black is an international investor, entrepreneur, and founder of Sovereign Man. His free daily e-letter Notes from the Field is about using the experiences from his life and travels to help you achieve more freedom, make more money, keep more of it, and protect it all from bankrupt governments.

Our goal is simple: To help you achieve personal liberty and financial prosperity no matter what happens. Multiple times every week, we help over 100,000 Sovereign Man subscribers who are taking their family's liberty and prosperity into their own hands with our free publication, Notes From The Field. Activate your free subscription today, and get fresh intelligence delivered securely to your inbox as we travel the world discovering the biggest opportunities available to smart, enterprising individuals like you.

I am shocked
Sound of Silence

She wouldn't know justice if it was spewed on her face
'I pledge allegiance to the flag of the United States of America; and to the Republic, for which it stands, one nation under God, indivisible, with liberty and justice for all!'
(except in California, New York, New Jersey, Michigan, Illinois, Massachusetts, parts of Oregon and WA state, and all of Washington DC)

During the last election cycle some republican walked up to me while I was dicking around in my open garage and tried getting me to vote him into the state house. I wasn't exactly enthused to have someone wasting my time but I asked him why the f$ck I should vote for any repuke. One of the things he mentioned is the easy to get WY LLC. That sent me into a light libertarian rant wherein I started espousing libertarian ideologies about freedom and common law, finishing up with "that's why I'll never vote republican again, you guys don't even know the definition of freedom". He smiled and waved as he began to leave and said "you've given me something thing to think about, I never saw it that way". I doubt I actually changed his mind on anything but it felt good to hand one of THEM a peice of my mind.
Anyone up for some Fukashima sushi?

Scorpio said:
Or that last year the US government stole more money and private property from its citizens through civil asset forfeiture than all the thieves and felons in the country combined.
Click to expand...
BUT, BUT, they are the thieves !!!

Scorpio said:
The real issue is that systems of government routinely put morally bankrupt individuals in control of trillions of dollars of cash.
Click to expand...
An honest person wouldn't have the job.
Lost in Orygun.

"Benifical owner" hummmmmmm today I am a little bit smarter.
communis error no facit just. A common error does not make law.
You must log in or register to reply here.
Share: Twitter Link