Italy's largest mafia trial in three decades begins against 'Ndrangheta
High-security 1,000-capacity courtroom has been built in Calabria, with cages to hold the defendants 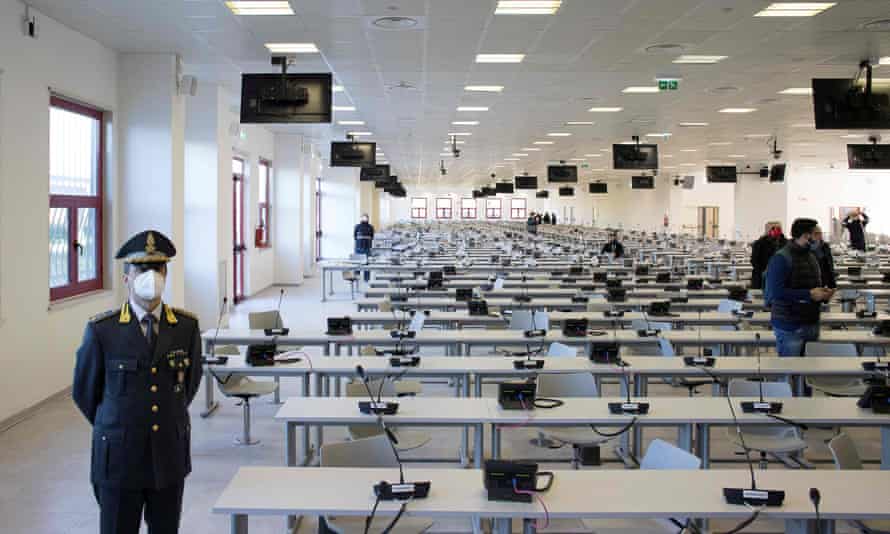 Many of the defendants will attend via video link from prison during the first hearings. Photograph: Gianluca Chininea/AFP/Getty Images

Italy’s largest mafia trial in three decades has begun, with 900 witnesses testifying against more than 350 people, including politicians and officials charged with being members of the powerful ’Ndrangheta.

A high-security 1,000-capacity courtroom with cages to hold the defendants has been built by Italian authorities in the Calabrian city of Lamezia Terme.

Despite its symbolic importance, the opening day was largely procedural, with Judge Tiziana Macri reading out the names of the defendants. None attended in person but about 50 participated via video link.