J.P. Morgan’s ‘London Whale’ spouts off: ‘For no good reason, I was singled out’ 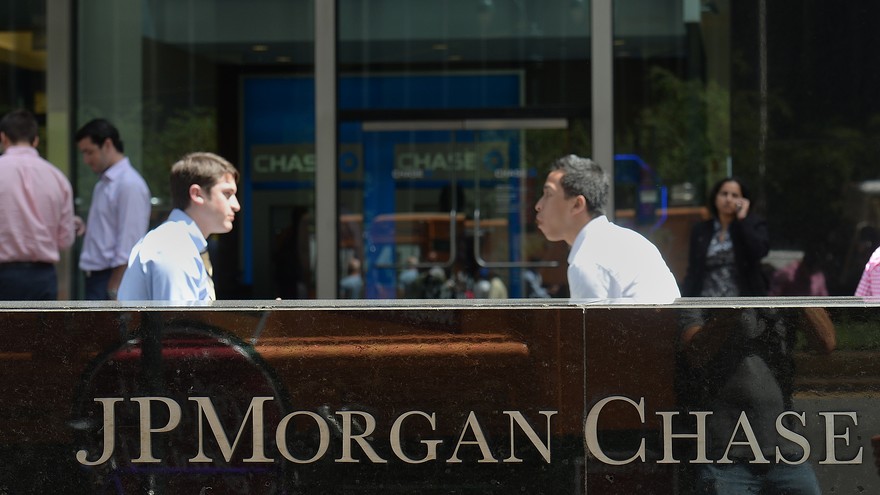 AFP/Getty Images
The trader at the center of the “London Whale” trading debacle has broken nearly four years of silence by taking aim at former employer J.P. Morgan, saying he was made a scapegoat for trades that were “initiated, approved, mandated and monitored” by senior management.

Bruno Iksil also said that he resents the London Whale nickname, which was devised by rival traders to dramatize the size of J.P. Morgan’s JPM, -2.48% bets in corporate debt markets.


In a single-spaced letter exceeding three pages and sent to publications including Financial News, Iksil contends the bank and the news media misrepresented his role in the 2012 episode, which led to more than $6 billion in losses for the nation’s largest bank and a handful of personnel changes.


“For no good reason, I was singled out by the media,” Iksil writes.

The losses represented a stain on the reputation of chief executive Jamie Dimon, who originally dismissed the idea that the bank was at risk of big losses.

In part, Iksil’s letter lays out a stance that is consistent with media reporting and facts established by various investigators. Three years ago, a Senate report said J.P. Morgan brushed off internal warnings and misled regulators and investors about the scope of losses on its trades, which occurred in the London operations of a unit called the Chief Investment Office, or CIO.

“In fact, the losses suffered by the CIO were not the actions of one person acting in an unauthorized manner,” Iksil writes in his letter. “My role was to execute a trading strategy that had been initiated, approved, mandated and monitored by the CIO’s senior management.”

Iksil adds that “not only were my actions ‘not unauthorized’ in 2012, but I was instructed repeatedly by the CIO senior management to execute this trading strategy.”

In September, 2013, in announcing a regulatory settlement of the whale trading, Dimon said, “We have accepted responsibility and acknowledged our mistakes from the start, and we have learned from them and worked to fix them.” He added: “Since these losses occurred, we have made numerous changes that have made us a stronger, smarter, better Company.”

Iksil’s letter details the times he said he flagged the risks surrounding the trading strategy he was executing to “the highest management levels of CIO,” including chief investment officer Ina Drew and others over a series of “repeated warnings” beginning in early 2011. According to Iksil, this included a trip to New York in late 2011 to discuss “in person” with management the lack of relevant information on the strategy he was executing, among other concerns. Drew, who faced no government charges, subsequently left the bank. She declined to comment.

In the letter, Iksil discusses the history of how he says he was told to execute various trades, beginning in early 2007 and running through the financial crisis. Later, during the summer of 2011, Iksil writes he was ordered to keep executing the strategy, “despite my repeated warnings.” He said he “kept raising alarms in the first half of March 2012,” just before losses began to mount. The unit “swung into crisis mode” later that month, he writes.

Last July, the final threat of action facing Iksil, a French citizen, was lifted after the U.K.’s Financial Conduct Authority halted an investigation into his role in the trading losses.

In the summer of 2013, Iksil was told by the U.S. Justice Department that he wouldn’t face any charges.

Iksil has been a cooperating witness in ongoing U.S. criminal and civil proceedings related to the botched trades. He writes in the letter that he cannot comment beyond the text of the letter because of U.S. proceedings.

In 2013, a federal grand jury in New York indicted two J.P. Morgan traders, Javier Martin-Artajo and Julien Grout, for allegedly hiding losses on the bad bets last year that cost the bank more than $6 billion. Messrs. Martin-Artajo and Grout, who both reside in Europe, haven’t appeared in the U.S. to answer to the charges.

Earlier this month, the Financial Conduct Authority fined Achilles Macris, a former J.P. Morgan executive, who oversaw the unit responsible for the trading losses, more than $1 million, for his role in the trading debacle and his behavior during the subsequent investigation. The regulator in a formal notice accused Macris of “failure to be open” with authorities and “to disclose properly” financial risks and other details of the trades.

In response, Macris said in a statement that he agreed to the FCA settlement on the grounds that it didn’t accuse him of deliberately misleading authorities. He also said the settlement didn’t prohibit him from working in the “regulated sector,” or the financial industry and added that he is still working to clear his name.

“I have decided not to prolong what has been a drawn out and burdensome process and have settled with the FCA,” he said in the statement.

When The Wall Street Journal and Bloomberg News reported in April 2012 that Iksil’s positions had grown to a dangerous size, Dimon told investors the concerns were “a complete tempest in a teapot.” The CEO didn’t learn the full extent of the positions taken until later, J.P. Morgan has said.

After the size of the losses emerged, Dimon told Congress that his traders “did not have the requisite understanding of the risks they took” and apologized, while saying steps had been taken to enhance risk management.

On January 7, the letter says, Iksil wrote to J.P. Morgan “to complain about the way it terminated me, the way the media conveyed so many erroneous descriptions about my role, about my conduct and the real context of this scandal.”

This report first appeared at eFinancialNews.com.
http://www.marketwatch.com/story/jp...r-no-good-reason-i-was-singled-out-2016-02-23
Sound of Silence

QWAK,He was only a pawn in there game!