"Our representatives have been caught out lying, manipulating statistics, putting those they claim to be protecting in mortal danger, and not following their own rules...on numerous occasions.
"I would suggest that the spider web of connecting globalist institutions behind this unprecedented psychological operation is also behind the devastating Middle East wars.

"They are behind a multitude of false flag attacks, including 911.

"These are wicked and entitled people who have killed millions and talk about their desire to depopulate the planet...with the next breath suggesting they want to save all of our lives with a vaccine." 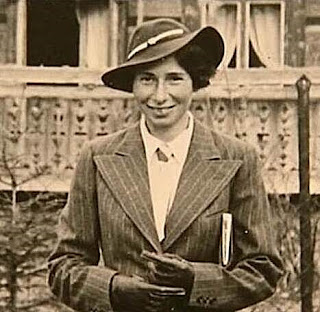 The Cabal protects its assets.

Top Soviet spy Sonya (the Jewish Ursula Kuczynski) was part of a plot to assassinate Hitler in a restaurant in the winter of 1938.

But, Hitler worked for the Cabal.

The plot to assassinate Hitler was cancelled by Stalin. 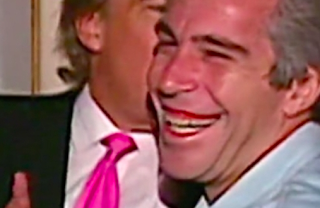 "A GULF STREAM JET, owned by – the Jeffrey Epstein organisation – flew from the USA to Antarctica on the day that Jeffrey Epstein was meant to have received medical treatment in his jail cell… This flight data was later ERASED from the public plane tracking websites…

"The CCTV cameras were switched OFF when Epstein supposedly committed suicide, and the guards were asleep…

"Since the staged death of Epstein, his plane has flown all over the eastern seaboard of the United States, and his staff on his little island have been VERY BUSY…"

Well over 90 percent of the people Hitler locked up were Germans. Only 2 to 3 percent were Jews and most of those Jews were elevated to running the concentration camps.
http://www.controversyofzion.info/

--Pedo Jeffy is still alive. Just waiting for a safe time to re-emerge, with fresh identity.

--Trump is not his friend. Trump was not the one on the Lolita Express, or the Grooming Ranch, repeatedly. It was another he-and-she Power Couple who were doing that.

A lot of people get their photos taken with the President, any President. Trump is especially vulnerable, as he understands the world of Stroking. So yeah, some power-groupie could get close to Trump - especially since he had a service he was hoping to sell to Trump.

There's no evidence Trump wanted to buy it.
Got Gold?
C


can't get that 10 seconds back...
no one wants me to become unreasonable

no one wants me to become unreasonable

View attachment 180478
Click to expand...
Looks more like a bad photoshop of him with Trump...... just sayin
The death penalty is 100% effective against repeat offenders.