By Jonathan Stempel 22 hours ago 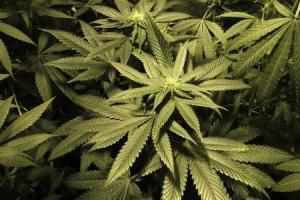 Marijuana plants are seen in an indoor cultivation in Montevideo December 6, 2013. REUTERS/Andres St …
By Jonathan Stempel


(Reuters) - The highest court in Kansas on Friday voided a voter-approved ordinance in Wichita to reduce punishments for possessing small amounts of marijuana.

By a 7-0 vote, the Kansas Supreme Court said Wichita ignored filing and disclosure rules that were mandated by state law, and meant to ensure that legislators and voters in the state's most populous city understood the ordinance before a vote was taken.

These shortcomings meant voters were never "officially advised of the entirety" of what the ordinance meant, or how it would change existing law, Chief Justice Lawton Nuss wrote.

Approved by voters last April with a 54 percent majority, the ordinance set a maximum $50 fine for adults over 21 who were convicted for the first time of possessing no more than 32 grams (1.1 ounces) of marijuana, or related drug paraphernalia.

That conflicted with a state law classifying such an offense as a misdemeanor punishable by up to one year in prison and a $2,500 fine.

Kansas Attorney General Derek Schmidt had sought to void the Wichita ordinance on that basis and several others, including the basis for Friday's decision.

The state supreme court had put the ordinance on hold while it reviewed its legality. Friday's decision could set back efforts to ease marijuana laws in Kansas.

"We respect the court's decision," Wichita said in a statement. "The opinion provides clarity for all cities receiving such petitions. At this point there is no action for the city to take."

Schmidt's office did not immediately respond to requests for comment.

Wichita's city council put the proposed ordinance up for a vote after a group called the Marijuana Reform Initiative filed petitions from thousands of people expressing support.

A spokesman, Esau Freeman, said the group was disappointed with the court's decision. "It won't hinder our efforts at the state level at all," he added.

Seven elites thwart the will of the people for their own good = elitism defined
Trump’s supporters (aka me) elected an apex predator, a T-rex, to eat the smaller, slimier pillagers who were devouring us. We voters are not shocked when the T-rex acts like a T-rex and, on occasion, mates with an inappropriate object or, oops, possibly by mistake, eats grandma. Instead, we say, “I loved grandma. And I’ll miss her … but this is what we need to fight the Washington raptors, the bastards.”

Ensoniq said:
Seven elites thwart the will of the people for their own good = elitism defined
Click to expand...
Although I disagree with the ruling on principle, I'm not sure it rises to that level.
Could it be they were just upholding current State law? Where I live, the cities are free to make their own laws as long as those city laws do not exceed what is permissible or prohibited by the State itself.
For example, if State law says the maximum amount of alcohol permissible in beer sold in the State is 7% by volume, a city can't pass a law saying 8% beer is legal to sell in town. All the Courts would rule against it as a simple matter of the city having exceeded its authority. Not that there is a conspiracy against 8% beer. I would assume Kansas has similar laws regarding its cities too.
Random Youtube comments:
It’s 2 am. Muller time is over. Time to pay the Barr tab!!! Let's just hope Occasional Cortex isn't the bartender.

Ensoniq said:
Seven elites thwart the will of the people for their own good = elitism defined
Click to expand...
The will of the people was removed long ago. This isn't our fore father's America any long.....that's been dead a long time
'I pledge allegiance to the flag of the United States of America; and to the Republic, for which it stands, one nation under God, indivisible, with liberty and justice for all!'
(except in California, New York, New Jersey, Michigan, Illinois, Massachusetts, parts of Oregon and WA state, and all of Washington DC)
http://chuckmaultsby.net/id145.html
You must log in or register to reply here.
Share: Twitter Link