Lift up the Rocks and See the Snakes

Lift up the Rocks and See the Snakes
Clarice Feldman 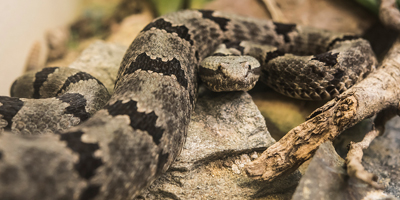 As media polls continue to mislead about the state of the presidential race, there are many reasons to believe the Democrats are crazed with fear that they will be trounced more soundly this time -- as they should be, given their nominees. Here are some indicators to me: The majority of voters think they are better off now than they were four years ago; the crowds at Trump rallies are enormous and Biden can barely pull a 10-person minyan; outside of university towns there are few Biden-Harris signs up, but American flags (a safe sign when Trump signs would be stolen) are seen waving on front lawns and guns are flying off the shelves to people who have lost faith in their elected local officials to protect them. There are more, of course, but believe what the media would call your own lying eyes.


The President has been fighting idiotic policies and corruption bit by bit across both aisles, but it’s hard to find any institution that could pass a smell test. This week is no exception. We learned the Department of Defense has been forcing the troops to undergo anti-American propaganda; the VOA had peddled a video of Biden attacking the police and calling for jihad; and the Commission on Presidential Debates has ruined its reputation forever and is likely to never again be seen after this year.


The Department of Defense


Judicial Watch filed a FOIA to force the Pentagon to disclose its training manual. If you are not shocked to read what almost $20 million of your tax money has been paying for, I’d be surprised. Here are some tidbits to give you the tenor of this outrageous program which is inflammatory anti-white, anti-heterosexual, anti-American propaganda at its very core. I cannot imagine what could destroy troop cohesion and morale more than this program does:

The teaching materials include “Student Study Guides” written for “Equal Opportunity Advisor Courses,” that are critical of persons who “believe that human similarities are more important than differences;” advise people to acknowledge their privilege when “it is pointed out to them;” claim that heterosexuals have “sexual orientation privilege;” and that “religious privilege” exists. [snip] Students are also taught that there is “sexual orientation privilege” associated with the “marginalization of non-heterosexual lifestyles and the view that heterosexuality is the normal sexual orientation.”​
The guide advises that “some dominant group members” may claim “personal achievement mostly depends on personal ability.”​
The study guide also teaches that people who raise religious objections to homosexual marriage are engaged in a form of discrimination called “principium,” which is “avoiding exploration based on a religious or personal principle:”​
In order to “become personally aware of privilege,” the study guide advises people to “decode your social identity.”​
In a chapter on diversity, the guide is critical of those who engage in “minimization,” which it defines as those who believe that “human similarities are more important than differences.”​
The guide notes that “Statistics show Whites are the majority in senior leadership positions (i.e., flag officers, general officers, and Senior Executive Service) and lend itself [sic] to the perpetuation of racism.”​
An example of “modern racism” is saying things like “Discrimination is a thing of the past… tactics and demands of activists are unfair … racism is bad.”​
The document also states that another form of racism is “aversive racism.” Aversive racists, say the authors, “put high value on egalitarian beliefs.”​
In a chart labeled “Racist Behavior” the authors break racism into “traditional,” “symbolic,” “modern” and “aversive” categories, in which modern racists believe minorities are “undeserving of special efforts to redress past inequities.” The chart also indicates that people who oppose “policies designed to address racial equality” or feel that those policies are violations of “norms and fairness” are modern racists. [snip] The guide advises Equal Opportunity Advisors to: “Acknowledge your privilege when it is pointed out to you.” They are also told that, “Privilege will never go away until the systems in our society that cause discrimination go away,” and suggests that the equal opportunity advisors “work to make those inequitable systems visible.”​
While deriding the stereotyping of people, the manual nevertheless is full of stereotyping of women, whites, Asians, heterosexuals, and those who believe a person should be judged on his merit, not his race, sex, or ethnicity.


In July, Joe Biden gave a Zoom speech to a Moslem group in which he derided the police and called for jihad. Our federally funded Voice of America operation translated it into Urdu and distributed it in Pakistan, but was forced to withdraw it a week later after complaints were raised. An in-house “investigation” placed the blame on four contractors who were not fired, as it was “a first offense.”


The ad for Biden was produced and distributed by an outfit called Million Moslem Votes. Who constitutes this group? Per research by Yaacov Apelbaum: “Beside the obvious characters like [Ilhan] Omar, [Rashida] Tlaib, and [Linda] Sarsour, we have Wa’el AlZayat, who worked for Samantha Powers (the unmasker in chief) in State, and Abdul Al-Sayed and Hassan Shibly.”


The video was translated, promoted, and endorsed by the VOA. It was promoted on Facebook and Twitter, bearing the VOA trademark, and on PBS, another outfit partially federally funded.


A few months earlier, in April, the White House had warned:

Voice of America is a global news network funded by American taxpayers. It spends about $200 million each year on its mission to “tell America’s story” and “present the policies of the United States clearly and effectively” to people around the globe.​
Today, however, VOA too often speaks for America’s adversaries -- not its citizens.​
The Coronavirus pandemic is no exception. Secrecy from the Communist Party of China allowed the deadly virus to spread across the world.​
Journalists should report the facts, but VOA has instead amplified Beijing’s propaganda. This week, VOA called China’s Wuhan lockdown a successful “model” copied by much of the world -- and then tweeted out video of the Communist government’s celebratory light show marking the quarantine’s alleged end.​
Even worse, while much of the U.S. media takes its lead from China, VOA went one step further: It created graphics with Communist government statistics to compare China’s Coronavirus death toll to America’s. As intelligence experts point out, there is simply no way to verify the accuracy of China’s numbers.​
The Coronavirus story is just one example of this pattern. Last year, VOA helped highlight the Twitter feed of Iran Foreign Minister Javad Zarif while he was issuing threats against the U.S. and sharing Russian anti-U.S. propaganda videos.​
“VOA will represent America,” its guiding Charter reads. And for years after its founding during World War II, VOA served that mission by promoting freedom and democracy across the world for audiences who longed for both.​
Today, VOA is promoting propaganda instead—and your tax dollars are paying for it.​
The Commission on Presidential Debates


Another pile of snakes under the rock was exposed this week when the Commission on Presidential Debates (CPD) -- without notice to the President -- announced it was changing the format of the forthcoming scheduled debate and making it a virtual debate, not a live one. Of course, such a move suggests the President is infirm and infectious and gives the feeble Biden a great opportunity to cheat out of eyeshot. This sneaky move by the commission comes after the partisan performance of the “moderators” it chose for the presidential and vice-presidential debates. Former Senator Bob Dole tweeted that he was friends with the Republican members of the bipartisan CPD and all of them were anti-Trump.


A little background on the CPD, a purportedly nonpartisan tax-exempt organization, confirms his statement.

In 2008, the Center for Public Integrity labeled the Commission on Presidential Debates a “secretive tax-exempt organization.”​
The committee raises the bulk of its funds through private donors which have never been disclosed.​
The personal views of board members is also a point of contention.​
Republican National Committee chairwoman Ronna McDaniel on Thursday accused the organization of holding a grudge against the current president.​
“This is not a nonpartisan commission. It is filled with Republicans who have been very critical of this President and a large group of Democrats,” McDaniel told Fox News anchor Sandra Smith.​
McDaniel pointed to negative remarks made by board members Olympia Snowe, a former GOP senator from Maine who in 2016 said Trump was “hurting our brand,” and John Danforth, the former GOP senator from Missouri, who said Trump was “the most divisive president in our history.”​
“These are not Republicans who support this candidate and they are not on a nonpartisan commission and they are affecting the election right now,” she said.​
But the trouble for the CPD not only involved their ploy of changing the rules without notice and consistently choosing biased moderators. It turns out the moderator for the scheduled debate, C-SPAN’s political director Steve Scully (a former Biden intern and Ted Kennedy staffer), tipped his hand. He tweeted to Anthony Scaramucci, no ally of the President, seeking advice on what to ask Trump.


When caught out, he deleted the tweet and claimed he’d been hacked.


“He was hacked, it didn’t happen,” stated Chairman Frank Fahrenkopf.


C-SPAN also claimed that Scully did not originate the tweet.


Chris Wallace, the moderator of the first presidential debate, with no evidence at all, also accepted the hacking claim, something Scully had claimed on two earlier occasions when people were critical of things he had tweeted.


Reportedly the FBI was called in to investigate. I’ll make it easy for them -- actually Yaacov Apelbaum did: The tweet came from Scully’s own phone: 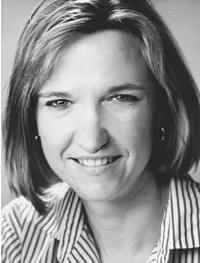 ​
Clarice Feldman, blogging for the Neo-Conservative front Pajamas Media, has claimed that the government’s case against Steven Rosen and Keith Weissman, two former AIPAC (American Israel Public Affairs Committee) employees who are being charged with espionage is “preposterous,” “nonsensical,” “silly” and that the “Department of Justice is stupid to continue it.”​
In her piece, entitled “The Justice Department’s Misbegotten AIPAC Prosecution,” Feldman argues that she sees no point for the case to go to trial, since the passing of classified documents between high-level officials and lobbyists in Washington happens all of the time.​
​
​
​
​
​
​
​
​
www.americanthinker.com

The President has been fighting idiotic policies and corruption bit by bit across both aisles
Click to expand...
Yeah, no sh!t. Is it still not obvious to anyone?
Falun Dafa
Truthfulness - Benevolence - Forbearance