On September 22, 1862, President Abraham Lincoln issues a preliminary Emancipation Proclamation, which sets a date for the freedom of more than 3 million enslaved in the United States and recasts the Civil War as a fight against slavery.

When the Civil War broke out in 1861, shortly after Lincoln’s inauguration as America’s 16th president, he maintained that the war was about restoring the Union and not about slavery. He avoided issuing an anti-slavery proclamation immediately, despite the urgings of abolitionists and radical Republicans, as well as his personal belief that slavery was morally repugnant. Instead, Lincoln chose to move cautiously until he could gain wide support from the public for such a measure.

In July 1862, Lincoln informed his cabinet that he would issue an emancipation proclamation but that it would exempt the so-called border states, which had slaveholders but remained loyal to the Union. His cabinet persuaded him not to make the announcement until after a Union victory. Lincoln’s opportunity came following the Union win at the Battle of Antietam in September 1862. On September 22, the president announced that enslaved people in areas still in rebellion within 100 days would be free.

On January 1, 1863, Lincoln issued the final Emancipation Proclamation, which declared “that all persons held as slaves” within the rebel states “are, and henceforward shall be free.” The proclamation also called for the recruitment and establishment of Black military units among the Union forces. An estimated 180,000 African Americans went on to serve in the army, while another 18,000 served in the navy.
After the Emancipation Proclamation, backing the Confederacy was seen as favoring slavery. It became impossible for anti-slavery nations such as Great Britain and France, who had been friendly to the Confederacy, to get involved on behalf of the South. The proclamation also unified and strengthened Lincoln’s party, the Republicans, helping them stay in power for the next two decades.

The proclamation was a presidential order and not a law passed by Congress, so Lincoln then pushed for an antislavery amendment to the U.S. Constitution to ensure its permanence. With the passage of the 13th Amendment in 1865, slavery was eliminated throughout America (although Black people would face another century of struggle before they began to gain equal rights in the U.S.A. a century after the passage of the 13th Amendment).

Lincoln’s handwritten draft of the final Emancipation Proclamation was destroyed in the Chicago Fire of 1871. Today, the original official version of the document is housed in the National Archives in Washington, D.C.

This Day in History

Learn what happened today in history around the world including major events on crime, entertainment, and more.

www.history.com
Disclaimer: this post and the subject matter and contents thereof - text, media, or otherwise - do not necessarily reflect the views of the GIM2 administration.

thanks! added to homeschool discussion today.
The first panacea for a mismanaged nation is inflation of the currency; the second is war. Both bring a temporary prosperity; both bring a permanent ruin. But both are the refuge of political and economic opportunists. --Ernest Hemingway

The "proclamation" freed nobody.

Lincoln, that is, the Federal government, had no CONTROL over those states still actively rebelling against the Union.

Those Slave States that had not joined the Confederate States, were not affected. Those states were not included in this pronouncement.

Mindless tokenism and propaganda at its finest.

A large number of Conservatives admire Lincoln. While there is much to admire, there were also serious flaws present - and in view all along. Lincoln, from the start, was agnostic about the Slave Question - he had said, repeatedly, his goal was to "save" the Union, whether by freeing slaves, continuing slavery, by negotiation or by arms.

Then, his commitment to forcible repression of the Confederacy. The question of exiting the Union is one that should have been solved in the courts and at the ballot boxes, North and South. Lincoln chose arms. I put the blame of the monstrous body count, square on his head.

In an alternate reality, where the Union recognized the right of Southern States to Secede...what would have happened, inside of a decade, was economic collapse. A mercantile/slave-labor economy that produces no finished usable goods and has no market for them, cannot survive without a reliable receiving/paying partner for the products created. The Confederacy would have been in political turmoil; eventually the Planter Class would variously die off of old age, exhaust the soil with their cotton crop, and realize that free men, any race, work harder and better when working for themselves, with an aim and a possibility to get there.

In that time, the Confederate States, no longer slave, would be requesting readmission to the Union, or "special trading partnership." EU style.

And none of the war casualties, and none of the North-South animosity that has carried on almost to today.
"Ireland shall be free!"

He speaks about the reason for Civil War and the true meaning of citizenship in the US. Listen at 1.5X speed
also read the comments below video


THEY STOLE THE KEYS TO OUR LIBERTY & WE'RE TAKING THEM BACK​ 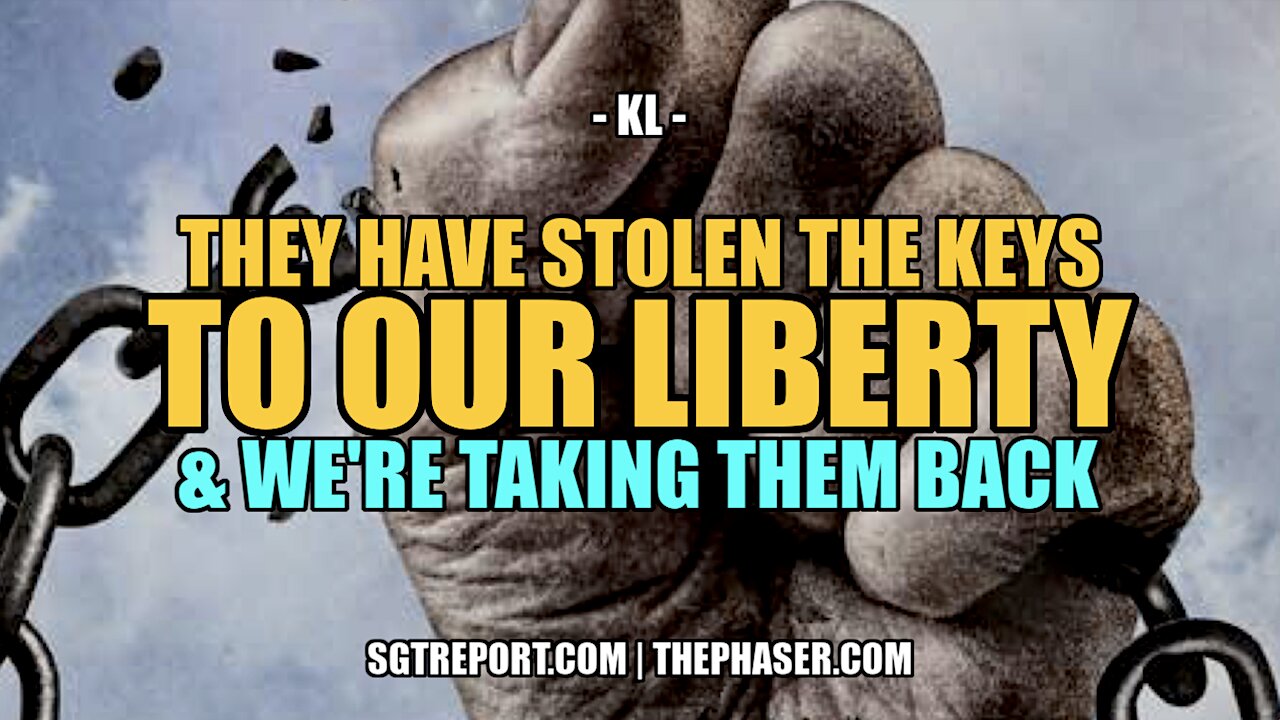 THEY STOLE THE KEYS TO OUR LIBERTY & WE'RE TAKING THEM BACK

Get The Ultimate Portable Floodlight For Work, Camping Or The Outdoors http://www.lytebug.com Use Promo code (SGT) for to save BIG!! ^… Dr. KL joins me to give the keys to our liberty back to the Pat

rumble.com
Last edited: Thursday at 5:14 PM
Disclaimer: this post and the subject matter and contents thereof - text, media, or otherwise - do not necessarily reflect the views of the GIM2 administration.

Here are the diagrams he talks about in the video above.