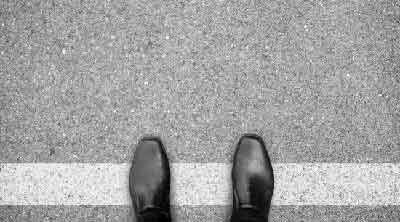 There are so many examples of depredations in American public life that it’s impossible to keep up. Things happen daily now that would have caused national outrage a few years ago.

But our sense of outrage has become dulled after nearly 20 months of the most irresponsible public policies in many generations. These days, news of terribleness just washes over us, and we hardly have time to think about it before the next shock comes along.

This one, however, should seriously give us pause because it impacts fundamental issues of security and privacy. It’s a demonstration of a reality we have to face today.

It is this: Your property is no longer safe from confiscation in the U.S. To be sure, you can say that this has been true since the income tax was passed in 1913. There is truth to that.

Still, we’ve generally been able to count on the rule of law. So long as you comply, you can generally assume that your stuff is safe. That is no longer true.

One way to think about lockdowns is as a test. What can the government get away with? How outrageous does the intervention have to be before people rise up and resist? How much of an advantage does the government have over the rest of us, and how can that power be deployed?

In Beverly Hills, California, there is a private service that provides lockboxes for people’s valuables. It is called U.S. Private Vaults. It seems more promising, to some degree, than a box at a bank, where the government has a long history of breaking in.

There was never any particular reason to think that the company could not keep its promises. Many people did trust this company with vast amounts of personal wealth. However, being a private company provides no real protection when the government has an agenda.

After all, we learned over the last 20 months that there is nothing that limits governments’ rights to have their way with private business. They can break in, shut them down, keep them closed, bankrupt them, and there is very little that can be done to stop it.

Six months ago, the FBI raided this company, broke into 800 different boxes by force and took all the contents. They claimed this was justified because they had probable cause that the box contents were gained from illicit activity. They have yet to prove that, however.

The company’s website has posted a notice. It now has a notice:

“PLEASE BE ADVISED THAT LEGAL COUNSEL JUST RECEIVED THE FOLLOWING NOTICE OF FORFEITURE. THE U.S. GOVERNMENT IS SEEKING TO FORFEIT AND ASSUME OWNERSHIP OF THE CONTENTS OF ALL PRIVATELY HELD VAULTS ON THE PREMISES OF U.S. PRIVATE VAULTS, WHICH IS NOW CLOSED.”
Click to expand...

You would think this would be national news, but instead the event got no attention. The total loot: $86 million. It included cash, coins, and jewelry. The Feds want to keep it all.

But here is another fascinating thing. That $86 million figure is what the Feds said, but look at the actual items listed in the boxes. It seems like the agents became lazy at some point and started marking everything as having the value of one dollar.

Here is just one example from one box. It had a Cartier bracelet with diamond, a Cartier bracelet “nail shape,” a diamond tennis bracelet, an 18” gold necklace, a two-tone Rolex men’s watch, another Rolex with gold and diamonds and a platinum Rolex.

I’ve not added it all up, but we are certainly talking about a lot more than $86 million. It seems safe to add a zero to this figure. We are looking at the property of many serious people who trusted this company could keep their stuff protected and safe. Now it is all in government hands.

The owners have to beg to get it back and must prove that it is all licit.

Among those pillaged was Joseph Ruiz, an unemployed chef. He had $57,000 in cash inside his box. He had to sue to get it back. The government claimed that he made that money by running an unlicensed pot business. They further claimed that dogs had sniffed out drugs on his cash.

Ruiz produced evidence that this was not true. The FBI returned his money, without apologizing or admitting error. He told the Los Angeles Times that this was “a bank heist in broad daylight.”

They have kept everyone else’s money. Six months have gone by. Some 300 of the victims are fighting for their rights in court. The rest of the 500 or so clients have probably just given up doing anything about it.

Where Is Your Stuff Safe?

The usual assumption in the past is that bank boxes are not as safe as private boxes. That might not be true anymore. That said, does it appear that there are no real safe places remaining?

In the early 1930s, when government confiscated gold, many people found workarounds in private estates around the country. They quietly stored their gold in basements and in holes in the ground, where it stayed for decades. World War II came and went.

It wasn’t until 1974 when gold was demonetized that it became legal to own again. Members of family estates then contacted the private estates and quietly got their money back. By this time, so many presidents had come and gone, and so much had changed in the country, that no one particularly cared. Good strategy, but it’s a long game and rather risky.

There is no safe way out for anyone or anything when civilization is headed to destruction. No person is safe. No property is safe. You are better off knowing that than not.

It pays to be alert and careful, knowing full well that we are living with a system of government that has become highly dangerous to everything and everyone we hold dear.

Jeffrey Tucker
for The Daily Reckoning 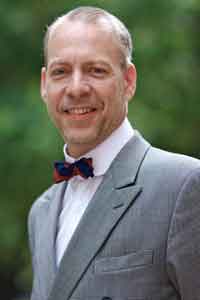 Jeffrey A. Tucker is Editorial Director for the American Institute for Economic Research.
He is the author of many thousands of articles in the scholarly and popular press and nine books in 5 languages, most recently Liberty or Lockdown. He is also the editor of The Best of Mises. He speaks widely on topics of economics, technology, social philosophy, and culture.
Jeffrey is available for speaking and interviews via his email. Tw | FB | LinkedIn
Click to expand...

everything else is at the bottom of a very deep lake
On a mail train.

No honor amongst thieves

On an eternal buzzzz

Thankful beyond measure for the time to ride