Oil, Copper Fade with Risk Trade while Gold Holds Up ahead of G20

Oil, Copper Fade with Risk Trade while Gold Holds Up ahead of G20
Tuesday, February 23, 2016

by Nathalie Huynh of DailyFX

Oil price topped out at $33.84 after a whirlwind of neutral-to-bad news on supply prospects. El-Badri, OPEC general secretary, kept market players interested that a freeze is hopeful and inclusive to non-OPEC countries. The International Energy Agency (part of OECD) predicted this global surplus will persist into next year, effectively limits any price rebound. Meanwhile, rating house Standard and Poor’s downgraded a number of oil producers.

In the absence of a concrete execution plan to cap production, oil price remains vulnerable to market forces – which is short-term in nature.

Copper price also marked an inside-day today as risk assets retreated in Asia to give rise to safe haven and fixed income. Large miner BHP today reported $5.67 billion loss over half-year, and cut dividend for the first time in 15 years. The company cited an economic shift in China (from resource-rich manufacturing to services) to have led to prolonged weakness in metals.

Gold price picked up on buying interestsfrom the risk flight, although this has started to reverse again in mid-afternoon Asia. Gold holdings via exchange-traded funds (ETFs) rose to the highest level in nearly a year, at a 14 percent increase. Current broad market volatility likely aids inflows into gold and safe haven currencies.

GOLD TECHNICAL ANALYSIS – Gold price resiliently holds up through both recent risk-on and risk-off markets, especially at the downside. Volatility in other assets naturally transpired to stable flows into gold, so it likely retains a safe distance from trend line support. Sideway movements dominate in near term. 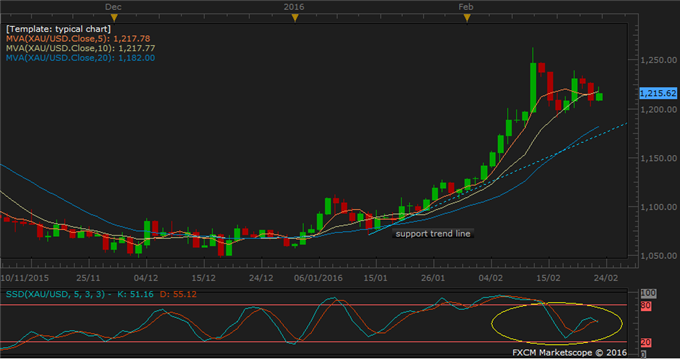 COPPER TECHNICAL ANALYSIS – Copper price has taken the trend line for resistance level and consistently climbed up on lower side of it. As price action progresses near resistance at 2.1485, a breach of this trend line is therefore critical to higher moves. At the downside, support at 2.0020 stays firm. 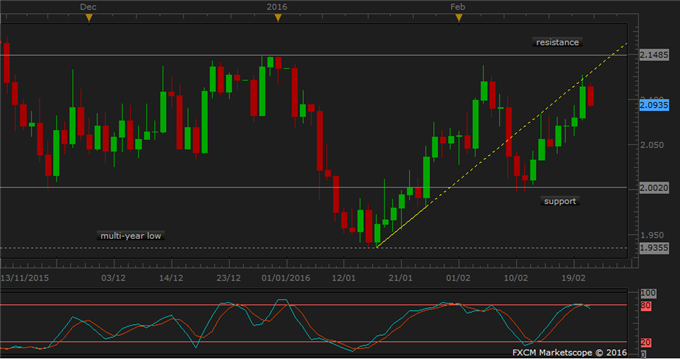 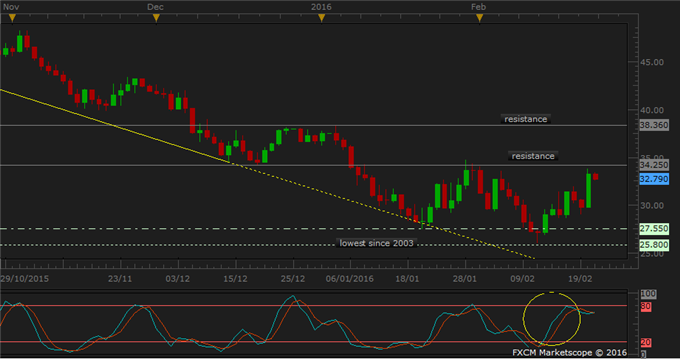 
original source
http://insidefutures.com/article/16...k Trade while Gold Holds Up ahead of G20.html
Sound of Silence