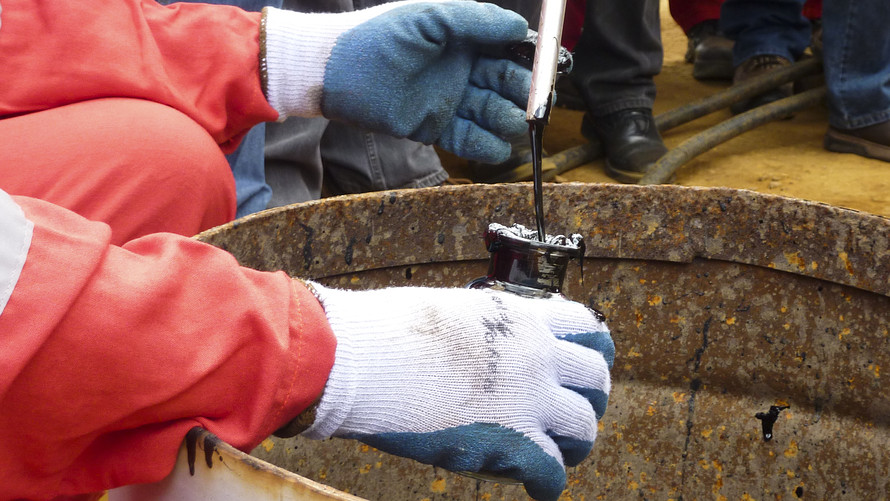 The losses followed a steep decline in prices in the previous session, with Nymex crude sinking 4% on Wednesday, while Brent crude shed 3.2%.

Oil prices sank after a report from the U.S. Department of Energy showed domestic crude stockpiles soared by 9.4 million barrels in the most recent week. The increase blew past analyst expectations and indicated supply continued to swamp demand in the world’s biggest oil consumer. Analysts had expected only a 2.9 million-barrel rise in crude inventories. The report sent oil prices spiraling during U.S. trading hours.

A firmer dollar also continued to keep a lid on oil prices Thursday. A stronger greenback tends to weigh on crude by making the dollar-denominated commodity more expensive in other currencies. The WSJ Dollar Index BUXX, +0.22% a trade-weighted measure of the currency, rose 0.4%.

“Profit-taking in the energy space, as stronger-than-expected U.S. crude oil inventories, and a relatively stronger dollar left crude oil prices falling back,” OCBC analysts wrote to clients in a note.

Analysts pointed out that the sharp decline in U.S. gasoline stockpiles suggested demand for refined fuels remained strong. A sharp rise in oil imports to China in February indicated consumption of oil world-wide has been stoked by the deep selloff in oil prices.

Investors are now focusing on a planned meeting of major oil producers set for April 17, though analysts are increasingly skeptical that a firm agreement on freezing output will materialize. Iran and Libya, two key members of the Organization of the Petroleum Exporting Countries, appear unlikely to participate in any output freeze, likely blunting the impact of any potential agreement.

ICE gas oil for April changed hands at $359 a metric ton, down $4 from Wednesday’s settlement.

What happens if we run out of dinosaurs?