Schedule military attacks when the media is distracted by other things 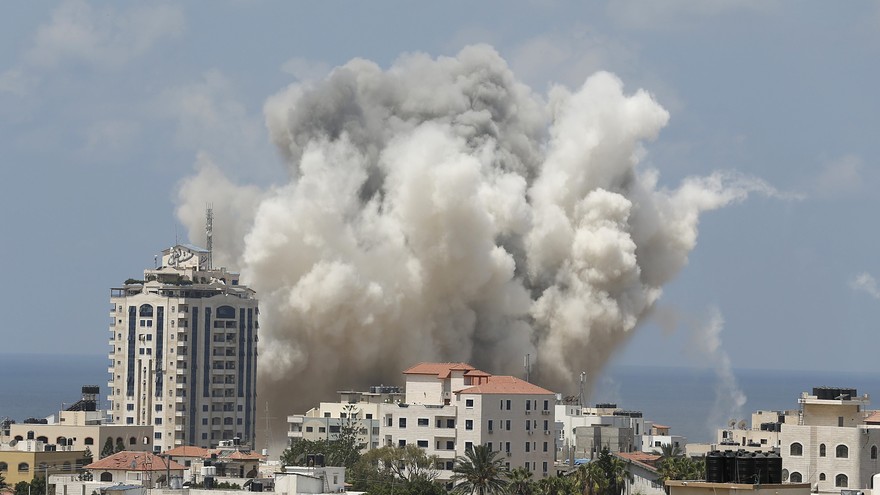 By
BRETTARENDS
COLUMNIST
One of the Israeli government’s secrets to manipulating the American media has been revealed for the first time by new research.

Israel habitually launches its most unpopular and, sometimes, deadly attacks against Palestinians in the West Bank and Gaza to coincide with big news events here in the U.S., so that they don’t get too much public attention, according to the study.

The news management is so sophisticated that the Israeli government is especially good about avoiding damaging “follow-up” or “day two” stories about its attacks — stories most likely to include awkward human interest details about the casualties and their families.

So finds a study conducted by Ruben Durante, professor at Sciences Po in Paris, and Ekaterina Zhuravskaya, professor at the Paris School of Economics Read the study: Attack When the World is Not Watching? International Media and the Israeli-Palestinian Conflict.


“We find that Israeli attacks are more likely to occur prior to days with very high news pressure driven by clearly predictable events.” Ruben Durante and Ekaterina Zhuravskaya​
The findings aren’t just useful for those following the news from the Middle East, but are fascinating for students of marketing, manipulation and propaganda everywhere — from politics to business.

The researchers looked at Israel’s military interventions in Palestine over an 11-year period, from 2000 to 2011, and then compared them to what was going on in the news at the time. That included looking at whether there was big other news, and whether that other news was scheduled — such as, say, the Super Bowl — or unscheduled, such as an earthquake or tsunami or plane crash somewhere in the world.

“We find that Israeli attacks are more likely to occur prior to days with very high news pressure driven by clearly predictable events,” they found. There were statistically significant upticks in Israeli military action in the West Bank and Gaza Strip before big holidays or sporting events, but not before things that the Israeli military could not anticipate.

Too cynical? Maybe — or, maybe not. Bibi Netanyahu, who was just re-elected as Israeli prime minister after a stunning last-minute rally, boasted as long ago as 2001 about Israel’s ability to play American public opinion.

“I know what America is,” Netanyahu boasted during a meeting that was caught on camera. “America is a thing you can move very easily, move it in the right direction.” You don’t, he told his listeners, have to worry about Americans forming their own opinions about the conflict in the Middle East.

Netanyahu is so good at this that he is able to come to the U.S. to chastise the sitting president, even while billing the U.S. taxpayers $3 billion a year for military aid.

In the days following 9/11 of 2001, when the rest of the world was transfixed by the terrorist attacks in New York and Washington, the Israeli government under Ariel Sharon seized the chance to send tanks into the West Bank, and attack helicopters into Gaza.

The government of Israel didn’t invent this technique. Most marketing techniques are as old as the hills. Back in 1994 Silvio Berlusconi took advantage of Italy going through to the final of the soccer World Cup to push through an unpopular decree that was designed to save corrupt politicians from jail. In 2008 Russia timed its invasion of Georgia to coincide with the opening of the Olympic Games in Beijing.

So if you’ve got some bad news to dump on the public, your first move is to check the calendar. After all, the public can only pay attention to so many things at once. Playing this game is easy once you know how.

...Clinton sends troops to Bosnia to deflect the stained dress.

At the pinnacle of the Obama birther questioning ....we found Osama Bin Laden.


The Nazi's perfected this type of news manipulation on the masses.
the_shootist said:

Misdirection and disinformation is a valuable tool in war. Sessions was cast out for the same reason Bannon was, to free them up to work covertly and off the grid. The more time that passes the more it makes sense
You must log in or register to reply here.
Share: Twitter Link