This ought to really piss off Cheesy Chucky Schumer and the rest of the gun grabbers.​

Hanrahan said gun hobbyist @SuckBoyTony1, who designs and builds 3D-printed firearms that are electronically ignited, created a "working 100% 3D-printed gun." He continued: "The barrel and even the ammunition is plastic."


https://twitter.com/i/web/status/1554999358369812480
Some of our questions about the homemade firearm's plastic barrel and ammunition were answered by one Twitter commenter:

"The barrel actually is rifled...and so is the round. He based it off the whitworth rifle. IIRC the bullet is a metal projectile but the whole cartridge leaves the barrel effectively making it caseless ammunition."
Click to expand...

SuckBoyTony1 responded to another commenter by saying the plastic caseless ammunition was packed with black powder and electronically ignited.

Plastic-cased ammunition is a technology the Army is working on to reduce firing and weight for next-generation squad weapons.

"Whilst this obviously isn't a practical weapon, the potential implications of the concept are fascinating," Hanrahan concluded.
Click to expand...

As we've pointed out, printing guns at home costs as much as $350 but involves metal pieces for the barrel that must be bought. Plus, ammunition must be purchased. Now it appears a gun hobbyist has entirely printed a gun (barrel included) and ammunition, all at home, which renders gun control useless.

www.zerohedge.com
.
.
Just my 7 cents (2 cents after taxes and inflation).

This is more practical:

nickndfl said:
This is more practical:

it's a first-generation prototype. Like a TRS-80 computer. Much more to come in the future.
.
.
Just my 7 cents (2 cents after taxes and inflation).
C

Early in adulthood, I was a mechanical designer & I can assure you this is in its infancy & will progress into something great.
Think Model T, Wright Brothers, Or, in my case Floppy Disk (I designed the mechanical portion a Floppy Disk, it was 8 inches in diameter & held a megabyte of data).
All of these were precursors to fantastic inventions.

Anyone remember the gyrojet? 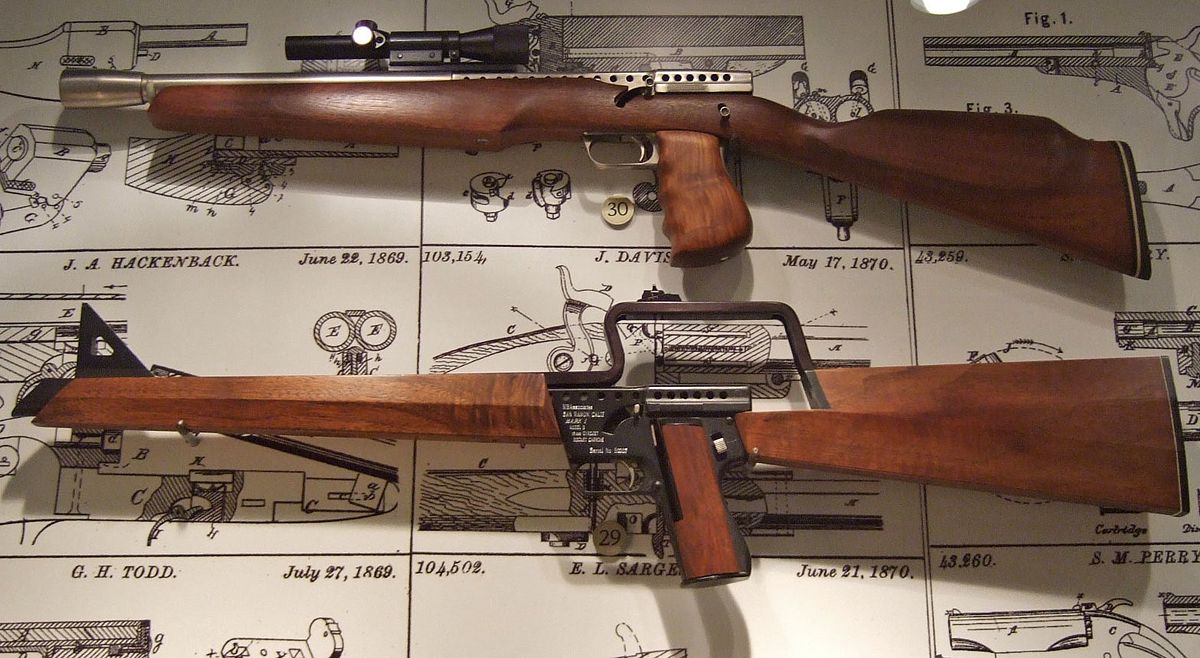 The Gyrojet rocket is fired through a simple straight, smooth-walled tube of no great strength.
Click to expand...

Politicians understand sound money in the same way that my dog understands my oscilloscope's delayed trigger.

Someone_else said:
Anyone remember the gyrojet?

Never heard of it, but I looked it up. Quite the idea !