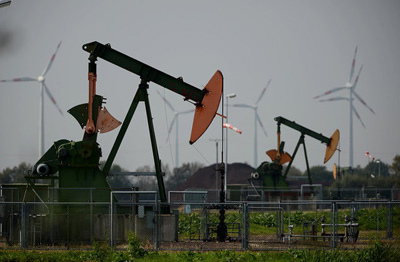 The U.S. controlled petro-dollar system has been in place since 1973 when former Secretary of State Henry Kissinger forged an agreement with the House of Saud to have OPEC standardize all oil sales using the U.S. currency. This system allowed the dollar to remain the world's primary reserve currency even after President Nixon broke the Bretton-Woods agreement and removed the dollar from the gold standard.

But over the past three years, a combination of Russian and Chinese programs have been slowly cracking apart the 43 year old standard, and in an announcement on Jan. 9, historian and strategic risk consultant F. William Engdahl remarked to the publication, the New Eastern Outlook, that the new oil market that Russia is setting up to facilitate the pricing of their petroleum outside BRENT and WTI markets will not be priced in dollars, but instead it will be denominated in rubles.

F. William Engdahl is a long-standing expert on oil and the petro-dollar agreement, where he wrote extensively in the 1970's on America's manipulation of oil prices to help bring down the former Soviet Union, and even depose the Iranian Shah.

"The move is part of a longer-term strategy of decoupling Russia's economy and especially its very significant export of oil, from the US dollar, today the Achilles Heel of the Russian economy… It is part of a de-dollarization move that Russia, China and a growing number of other countries have quietly begun," the American researcher writes in his recent article for New Eastern Outlook.

He explains that the setting of an oil benchmark price is a cornerstone of the method used by omnipotent Wall Street bankers to control world oil prices. "Oil is the world's largest commodity in dollar terms," the historian stresses. - Sputnik News

One of the more interesting events taking shape in geo-politics today is the sudden rise of climate change legislation, and the use of 'carbon credits' to act as a form of currency between sovereign nations, and even for individual citizens. And this new global order of taxation and commerce which the West hopes will follow the end of the petro-dollar has even been discussed by a 2016 Presidential candidate and former Governor of New York.

The dividing lines between East and West that are taking place right now in the Middle East over ISIS are also occurring in the global economy, with emerging market nations like the BRICS seeking to put an end to U.S. and European financial hegemony. And with China having duplicated nearly all Western banking infrastructures in just the past three years, Russia is looking to put the final nail in the petro-dollar coffin by giving the world an alternative way to purchase oil, and no longer under the thumb of the U.S. dollar.