Silver Demand To Climb To 6-Year High In 2021: Silver Institute 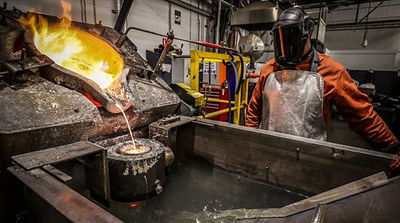 This week, Your News to Know rounds up the latest top stories involving gold and the overall economy. Stories include: Silver demand to climb to a six-year high, what India’s massive gold import figures for March tell us about Asian gold demand, and a stash of antique coins in New England sheds light on a famous historical figure.

Silver Institute: Silver demand will climb to its highest since 2015 this year

In a joint report published on Thursday, The Silver Institute and precious metals consultancy Metals Focus said that silver demand this year should climb to its highest level since 2015. The report comes after investors brought silver prices to a seven-year high last year in a rush to safety even as the manufacturing sector slumped.

Now, the Institute expects demand to pour in from all sides and climb to 1.033 billion ounces this year, a 22% leap compared to 896.1 million ounces in 2020. While “paper silver” funds are expected to buy the least out of any category, they are nonetheless forecasted to purchase 150 million ounces of silver in 2021, a notable annual increase over pre-crisis levels.

Even though the Silver Institute lists a significant recovery in demand from both jewelers and the manufacturing sector, they believe that investor demand and sentiment will continue to be the primary factor in determining prices (as has been the case so far). Silver is a critical component in two huge and growing “green” sectors: photovoltaics, also known as solar panels, and hybrid and electric vehicle manufacture.

In terms of price forecasts, the Institute said that silver will post an average price of $27.30 in 2021, a lofty upgrade from last year’s average of $20.55 and the highest annual average since 2012.

After a hard hit to their economies, the precious metals market was waiting for a signal that Asian buyers have returned as one of the primary drivers of demand. The signal came in March, when India imported 82.6 tons of consumer gold bullion from Switzerland after a year when both Chinese and Indian gold demand was mostly driven by fund managers.

China has had similar news as of late, with insiders revealing that its central bank has given the green light for some 75 tons of gold bullion to be brought into the country to satisfy consumer demand. China resumed its gold purchases in February and reached a seven-month high of 9.3 tons in March, a four-fold increase compared to the month prior.

While action in the silver and platinum markets has been mild, palladium is once again seeing some interesting developments. On Wednesday, it reached a new all-time high of $2,895, pushing forward with a five-year long bull run and marking a 15% price increase so far this year. While an economic rebound has been cited as the reason, the consensus is that the majority of palladium’s exceptional price movements come from severe supply fluctuations. Palladium is mined primarily in Russia. Supply was strained when MMC Norilsk Nickel PJSC-operated mines in Russia were flooded in mid-March, complicating their operations. Palladium’s primary industrial use comes from the automotive sector, and it has limited demand from other industries. This combination of limited sources of both supply and demand mean that palladium’s price volatility tends to be higher than other precious metals.

The tale of Henry Every’s, also known as John Avery, assault and plunder of the Mughal treasure ship Ganj-i-sawai (in English, “exceeding treasure”) in 1695 accounts for one of the most infamous acts of piracy ever, as well as the most lucrative. That year, Every and his crew formed a pirate raid to attack a treasure-rich ship belonging to Grand Mughal Aurangzeb, the Muslim emperor of what is now India and Pakistan, that was ferrying pilgrims, gold and silver across the Red Sea.

After attacking and capturing the treasure ship’s escort, Every and his six-ship armada chased down the Ganj-i-sawai. During the opening stages of the battle, one of the cannon on the Mughal ship exploded, wounding and demoralizing the sailors while Every’s pirate gunners brought down the treasure ship’s mainmast. Now unable to flee, the Ganj-i-sawai was boarded by Every’s own ship, the Fancy. After a horrific multi-day pillage of the ship and passengers, Every and his crew made off with a hoard that is estimated to be worth between $40 million and $130 million in today’s prices. In his book The Politics of Piracy, Douglas R. Burgess cites a contemporary account of the loot as “some 500,000 gold and silver pieces, plus numerous jeweled baubles and miscellaneous silver cups, trinkets, and so on.”

Further, in truly unsportsmanlike fashion, Every and his Fancy slipped away from the rest of his armada in the night, with the plundered treasure on board.

The brazen attack caught the attention of the British Navy, prompting what some believe is the first international manhunt in recorded history, sanctioned by King William III. While it remains unclear how and where Every met his demise, it’s known that the pirates managed to elude the Navy for at least a few months while making good use of their massive plunder.

The Ganj-i-sawai treasure has remained unaccounted for until recently, when Rhode Island metal detectorist Jim Bailey found an Arabian coin at the site of a colonial settlement on Aquidneck Island in 2014. Bailey, an experienced prospector, was joined by others who have since found numerous coins from the same stash scattered across Rhode Island, Massachusetts, Connecticut and North Carolina. His latest find of a handful of the same coins in New England furthered his belief that the coins are part of the famous plunder, and Bailey has worked with archeologists and numismatics experts to prove their authenticity. 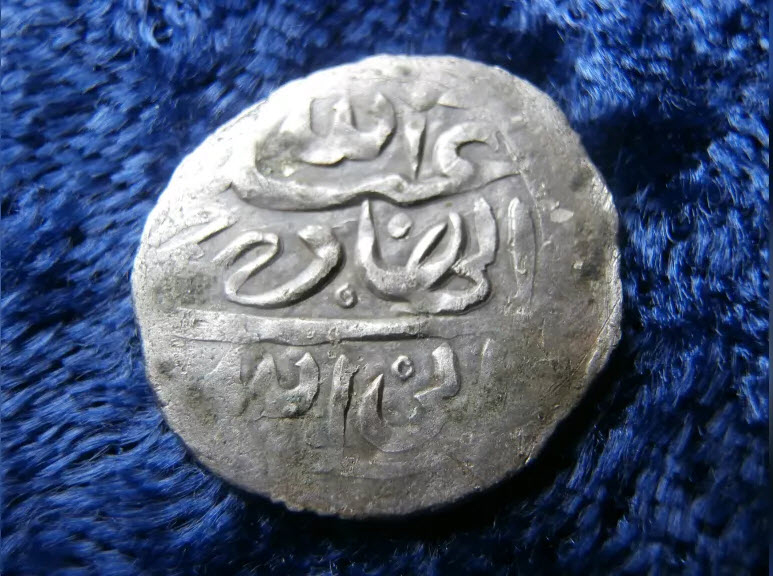 The 1693 Yemeni comassee silver coin found in Rhode Island. Similar similar coins have since been unearthed at American colonial sites. (Image credit: Jim Bailey via LiveScience)
As Bailey notes, everything about the Arabian coins’ mintage points to them being a part of Every’s stash. To him, however, perhaps the most notable thing about the coins is that they appear to have been directly referenced by William III in his manhunt decree for Every.

“How often do you find a coin that’s mentioned in the proclamation for the capture of a pirate and the subject of the first worldwide manhunt?” said Bailey. “It’s just fantastic.”

Reputation for excellence
Trustlink 5 Star Testimonials BBB A+Birch Gold Group is known throughout the industry for its exemplary track record. The reputation we’ve earned over the last decade is evident in our many accolades and positive ratings from independent business review organizations. We proudly maintain an A+ rating with the Better Business Bureau, an AAA rating from the Business Consumer Alliance, and numerous other 5-star ratings on top review websites, including Trustlink.org and Yellow Pages.
Click to expand...

ZZZZZ said:
Demand is up.

hoarder said:
What does demand have to do with the price of tea in China??
Click to expand...

Not one damned thing, according to the Crimex and LBMA.
Just my 7 cents (2 cents after taxes and inflation).

right now i'm smuggling in all my chinese tea, hidden inside my silver bars....tossing the silver aside

there's more profit in it, that way

the leaders of my country suck dick while those of my state suck balls...
some of our leaders lick ass too, it's all perverted!

Tarnished State of Kommiefornia, home of the EPA and Modern Day Communism, often referred to as the Nest