price of silver is manipulated... 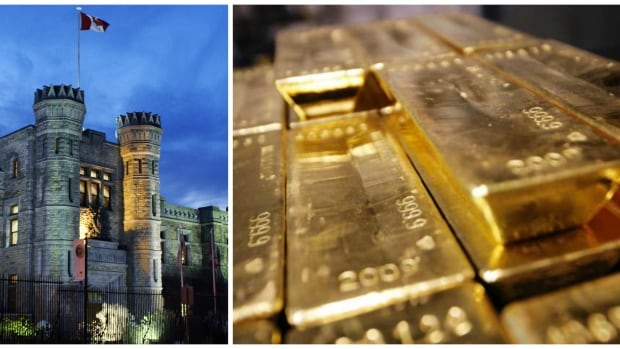 The Royal Canadian Mint has taken a hit on its books because so many Canadians are returning their $20 silver coins featuring Superman, Batman and other pop icons. (mint.ca / Sebastian Derungs AFP-Getty Images)

Canada's silver Superman coins have been like kryptonite to the bottom line of the Royal Canadian Mint.

In 2011, the mint began selling a series of silver collectible coins, with a face value of $20, at a time when the price of silver was soaring. The cost to buy one was also just $20, tax free.

Superman, Bugs Bunny, the starship Enterprise and other catchy images on the coins attracted hundreds of thousands of coin collectors and investors, and fattened revenues at the Crown corporation. More than 4.2 million such coins have been struck to date.

But the price of silver has fallen dramatically in the five years since, and Canadians are returning the coins by the truckload, protected from the fall in silver prices by that fixed $20 face value which the mint must pay back on request.

Stung by the massive returns, the mint abruptly ended its so-called Face Value collectible coin business earlier this year, and has taken a big hit on its balance sheet. 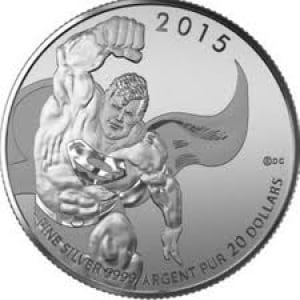 The mint's silver $20 Face Value coin series has been affected by the precipitous drop in silver prices and the number of Canadians who want their money back. (Royal Canadian Mint)

Every dollar of revenue the mint received from the Face Value silver coins since 2011 had to be reversed for its 2016 annual report, sharply reducing profits — and publicly exposing a dubious business decision by the mint's management.

The 2016 annual report, delayed for months because of revised accounting for the Face Value reversal, says there's no plan to place an expiry date on redemptions of the coins.

"At December 31, 2016, the market price of silver contained in these coins was significantly less than the Face Value of these coins, and it is currently not the intention of the mint to place an expiry date on the current redemption and return policies," says the annual report, released earlier this month.

The mint will continue to sell its regular collector coins, but those coins are priced well-above the amount stamped on their face, protecting the mint from losses in any future redemptions.

Called 'low risk'
A silver coin commemorating Canada's 150th birthday, for example, has a face value of just $1 but sells for $59.95.

Spokeswoman Christine Aquino said the Face Value collectibles, known as the $20-for-$20 series because the face value equals the selling price, were intended to introduce people to coin collecting and the mint's products.

"This product offered new customers a low-risk way to buy silver collector coins," she said, noting there were other denominations in the Face Value series, from $25 to $200. Some 1.3 million of these were struck.

The price of silver bullion has fallen almost two-thirds since its peak in 2011. The quarter-ounce of silver in each $20 coin now is worth less than $6 Canadian, perhaps giving owners an incentive to cash them in because they're protected from the decline in the value of the metal.

The mint, on the other hand, eats the loss, buying back devalued silver that cost it more when the coins were first manufactured.

'It'll take a long time before these have really any collector value.'- Henry Nienhuis, numismatist
The mint managed a profit for 2016, thanks to an upsurge in its gold-bullion business and in foreign orders to manufacture circulation coins for other countries.

But the miscalculation regarding those Superman, Bugs Bunny and other Face Value silver collectibles — and removing all those revenues from the books — helped cut profits in 2016 from the mint's target of $41.3 million to $24.5 million, down almost $17 million.

Falling short on profit means the mint's 1,200 employees have forfeited their general bonuses, which are triggered only when the corporation achieves at least 60 per cent of its target.

The Face Value fiasco is only the latest fiscal calamity at the mint. The Crown corporation recorded an unusual loss of $500,000 in its 2015 annual report, largely because of another miscalculation.

Management spent some $62 million on improvements to its Winnipeg plant by 2013 in anticipation of future profits, but then reversed course in 2015. The mint recorded a $65.5-million writedown of those assets that year as it realized the plant's profit expectation was too rosy. The 2015 loss was the first since 2003.

Novelty gone?
Aquino says other collectible coins, especially a Canada 150 series, helped the mint to register an $11.1-million profit in the first quarter of 2017, about the same as in 2016, despite a fall in its silver bullion business.

Henry Nienhuis, president of the Royal Canadian Numismatic Association, said some buyers were confused by the $20-for-$20 coins. 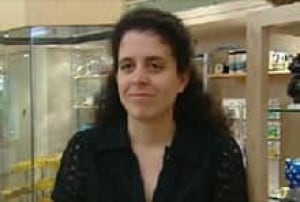 Christine Aquino, the director of communications for the Royal Canadian Mint, says the Face Value series was about attracting more new customers to the mint's products, and by that measure was a success. ((Jeff Semple/CBC))

"At the very beginning of the series, people purchased them thinking that they … could go to a store and actually spend them," he said from Woodbridge, Ont. But banks and shops won't touch them, and lately "the novelty is worn off."

Some coin dealers will buy them for $15, but owners need to go to the mint to get all their money back.

Nienhuis also said that the coins are unlikely to appreciate in collector value because so many have been minted.

"It'll take a long time before these have really any significant collector value," he said. "You're going to be hard-pressed to recover your investment."

http://www.cbc.ca/news/politics/royal-canadian-mint-silver-superman-numismatics-1.4119986
Disclaimer: this post and the subject matter and contents thereof - text, media, or otherwise - do not necessarily reflect the views of the GIM2 administration.

The hits just keep on coming
I gotta get out of this place...
if it's the last thing I ever do!
You must log in or register to reply here.
Share:
Twitter Share Link