Ronald Bailey | From the December 2020 issue 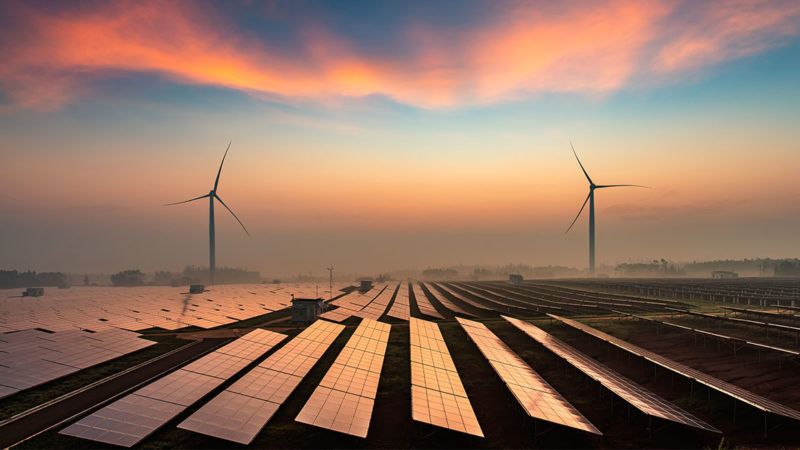 Rolling electric power blackouts afflicted roughly 2 million California residents in August as a heat wave gripped the Golden State. At the center of the problem is a state policy requiring that 33 percent of California's electricity come from renewable sources such as solar and wind power, rising to a goal of 60 percent by 2030. Yet data showed that power demand peaks just before the sun begins to go down, when overheated people turn up their air conditioning in the late afternoon. Meanwhile, the power output from California's wind farms in August was erratic.
Until this summer, California utilities and grid operators were able to purchase extra electricity from other states. But the August heat wave stretched from Texas to Oregon, so there was little to no surplus energy available. According to the San Jose Mercury News, California electricity grid operators warned in September 2019 that power shortages might become increasingly common when heat waves hit in the coming years.
California still has some natural gas power plants that can be ramped up to supply energy when renewable supplies fail. But "some folks in the environmental community want to shut down all the gas plants," Jan Smutny-Jones, CEO of the Independent Energy Producers Association, a trade association representing solar, wind, geothermal, and gas power plants, told The Mercury News in August. "That would be a disaster. Last night 60 percent of the power in [the California Independent System Operator electricity network] was being produced by those gas plants. They are your insurance policy to get through heat waves."
Union of Concerned Scientists analyst Mark Specht, by contrast, told NPR that "the solution is definitely not more natural gas plants. Really, if anything, this is an indication that California should speed up its investments in clean energy and energy storage."
An important fact is missing from this debate: California has been bringing the hammer down on a huge source of safe, reliable, always-on, non-carbon-dioxide-emitting electricity: nuclear power. In 2013, state regulators forced the closing of the San Onofre nuclear power plant, which supplied electricity to 1.4 million households. By 2025, California regulators plan to close the Diablo Canyon nuclear power plant, which can supply electricity to 3 million households.
The problem of climate change, along with the blackouts resulting from the vagaries of wind and solar power, suggests that California should not only keep its nuclear power plants running but also build more innovative reactors designed to flexibly back up variable renewable electricity generation.

Blind leading the blind and pollution is still there...put aoc in charge....another great mind for the people.

let them STARVE IN THE DARK
A rattlesnake in the living room ends all discussion of animal rights.
"Vengeance is mine" sayeth the Lord, but sometimes he subcontracts.
"Peace is that brief glorious moment in history when everybody stands around reloading". T J
When the pin is pulled, MR GRENADE is not your friend.
When in doubt EMPTY THE MAGAZINE.

engineear said:
Blind leading the blind and pollution is still there...put aoc in charge....another great mind for the people.
Click to expand...
Water finds its own level. Those who reject freedom; reject the precepts of the American Experiment; wallow in Groupthink and false memes, like Glow Bull Warming...and select leaders like...the whole cast of idiots in Califukistan...they deserve what comes of it.

They gonna ban gasoline vehicles; and there's not gonna be the power to charge their Teslas. How's THAT work?
Got Gold?

this state is shut down, no thanksgiving, probably no christmas, no water, and now, no electricity

what i'm waiting for are the gallows to arrive, save Gav for the last swing, at the end of the day...
no one wants me to become unreasonable

The big experiment where government Know-it-alls give orders to equally stupid workers has brought them back to the 19th century by choice.
C

This is beyond stupid, this is sheer malevolence. Forrest Gump with half his brain removed knows that baseload generating capacity is the key.
Infinte growth collides with finite energy.

my last trip across Kansas I noticed about half of the windmills.................weren't windmilling! Commiefornia needs the electricities for their communism!
Defy, Resist, Aid, Smuggle

Dave i see the same thing in our home state. It is not uncommon to see half or more idle.
To all the alphabet soup guys and gals out there reading this post, HI!!!!

well, lets get them windmills to spinning! electricity so cheap it will be free!
Defy, Resist, Aid, Smuggle

DodgebyDave said:
well, lets get them windmills to spinning! electricity so cheap it will be free!
Click to expand...

I don't think you want to be anywhere near one of those bird-slicers when one of those YUUGE fiberglass blades burns or throws off.

And, part of the problem here, is the extreme variation of wind...from none, to full-gale and beyond. The window of design, optimal and permitted wind speed, on those things, is much narrower. Too much wind is as bad as not enough - and when that happens, I guess, you see bearing failure, overheating, fire...and the shedding of 150-foot blades, weighing tons, at high speed and force.
Got Gold?
You must log in or register to reply here.
Share: Twitter Link