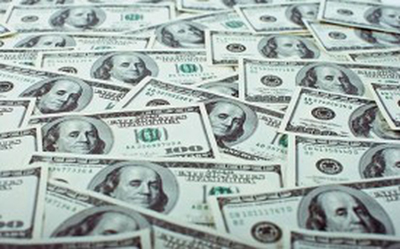 What if the savings in your bank account lost 55 percent of its value over the last 12 months? Would you be somewhat peeved? Would you transfer some of your savings to another currency?


That was the favored approach in Argentina – where the official inflation rate’s 55 percent. But no more. On September 2, President Mauricio Macri resorted to capital controls to preserve the central bank’s foreign exchange reserves and prop up the peso. What gives?


Just fifteen months ago Macri secured the biggest bailout in the International Monetary Fund’s history. Now Argentina’s delaying payment to its creditors and is rapidly approaching what will be its third sovereign default this century. On top of that, Macri’s Peronist rival Alberto Fernández will likely take his job come election day in October.


Alas, for Macri and his countrymen, a painful lesson is being exacted. You can’t solve a debt problem with more debt. Eventually the currency buckles and you’re left with two poisons to pick from: inflation or default. With Macri’s latest capital controls scheme he’s choosing to take swigs of both.


Make of Argentina’s woes what you will. Central bankers in the United States are also guilty of programs of mass money debasement. They may have a bigger economy to better mask their malice. But despite what the MMT delusionals say the day of reckoning always arrives – and always at the worst possible time.


No doubt, a 55 percent loss spread out over 30 years is much better than a rapid devaluation over 12 months. But that doesn’t mean it isn’t highway robbery. And we all know the unofficially price inflation rate is much, much higher. What to make of it?


William Wood was an English retailer of iron goods. Some years were better for business than others. But somewhere in his dealings he, like Lockheed Martin and many others, stumbled upon a very important secret. That having friends in high places makes all the difference. Thus, in 1722, the English Parliament granted him a patent to coin copper money for use in Ireland.


The Irish, without question, found Wood’s patent to be unadulterated malarkey. For one, the Irish Parliament didn’t approve it. Second, it opened the Irish currency up to debasement. Third, this was yet another instance of political and economic exploitation by the English.


Jonathan Swift, the noted political satirist, wrote a series of pamphlets to unite his fellow Irishmen and defend the constitutional and financial independence of the Irish kingdom. Swift wrote under the pseudonym M.B. Drapier – hence the seven pamphlets are collectively called The Drapier’s Letters.


Swift’s grievance with Wood wasn’t that there wouldn’t be enough money; but rather, there would be too much of it – and that it would be of inferior quality. Swift recognized that a flood of new lower grade copper coins into the Irish economy would drive the more valuable silver coins out of circulation. Plus, since the coins wouldn’t be minted under Irish authority, there would be no way for the Irish to control their quantity, and rampant price inflation would follow.


This is known as Gresham’s Law, which commonly stated is: “Bad money drives out good.” More specifically, if a circulating currency consisting of both “good” and “bad” money, with both forms required to be accepted at equal value under legal tender law, the currency quickly becomes dominated by the “bad” money.


This was seen in the United States in 1965 when the quarter was first minted from a copper-nickel composition instead of silver. Leading up to this, the Federal Reserve had inflated the U.S. currency so that the silver content of a quarter was more valuable than a quarter dollar. True to Gresham’s law, pre-1965 silver based quarters rapidly disappeared from circulation.


Today, if you want a pre-1965 quarter, you can buy one from a coin shop for about $3.50. Consequently, while still of the same face value, the quarter’s lost over 92 percent of its actual value since 1965.


Swift shrewdly determined there was no legal requirement for the people of Ireland to accept payment with Wood’s copper coins. He details this in the The Drapier’s First Letter, which was titled, To the Shopkeepers, Tradesmen, Farmers, and Common People of Ireland. What follows is a brief extract…


“I will now, my dear friends, to save you the trouble, set before you, in short, what the law obliges you to do; and what it does not oblige you to.


“First, you are obliged to take all money in payments which is coined by the king, and is of English standard or weight, provided it be of gold or silver.


“Secondly, you are not obliged to take any money which is not of gold or silver; not only the halfpence or farthings of England, but of any other country.


“Thirdly, much less are we obliged to take those vile halfpence of that same Wood, by which you lose almost eleven pence in every shilling.


“Therefore, my friends, stand to it one and all: refuse this filthy trash. It is no treason to rebel against Mr. Wood. His Majesty in his patent obliges nobody to take these halfpence: our gracious prince hath no such ill advisers about him; or if he had, yet you see the laws have not left it in the king’s power to force us to take any coin but what is lawful, of right standard, gold and silver.”

MN Gordon is President and Founder of Direct Expressions LLC, an independent publishing company. He is the Editorial Director and Publisher of the Economic Prism – an E-Newsletter that tries to bring clarity to the muddy waters of economic policy and discusses interesting investment opportunities.​
​
economicprism.com​

ZZZZZ said:
Don't just End The Fed, end ALL central banks.
.
.
Click to expand...
the fed is one of all central banks!
YOU CANT EXPLAIN CRAZY 'CAUSE CRAZY'S CRAZY!!
DONT BLAME ME! IM NOT MY FAULT!
THE FUCKIN' FUCKER'S FUCKED!

I started one night to attempt figure out how much i've earned over my life, plus or minus a few million, and see if I cold reconcile that with the larger purchases i've made in my life, see if it would be possible to guage the loss of purchasing power over my life time with my real wages...

the variables flowed and soon so did the beer and so did lots of hours i could never get back and simply decided just before I went to bed, just before the sun came up...it didn't matter, i'm not going to ever see that value again