The Missing Piece to the Puzzle

The Missing Piece to the Puzzle
Joe Jarvis 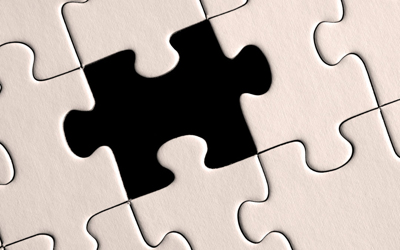 Gold and silver are experiencing an impressive rally at the moment. The yellow metal is up 20% since January 1st and 29% year-over-year. Our favorite white metal has fared even better, producing returns of 25% since Jan.1 and 36.5% year-over-year. This is all good news for precious metal investors, who have been waiting a long time for this rally. But the big question for many still remains; will we see new record highs (in terms of US dollars) for gold and silver, surpassing the highs we experienced during the last financial crisis?


My experience tells me that we are well on our way. Gold is already in record territory in terms of Euros, Canadian dollars and a number of other major currencies; however, the almighty green back is the ultimate measuring stick, and we aren’t there yet. There is still one piece missing to complete the puzzle. My mother and father.


Who Are the Players?


The precious metals investment market (non-industrial users) is comprised of three major players; the central banks, the ETFs and the retail investors; people like you and I who literally buy physical gold and silver bars and coins.


The World Gold Council reported that the central banks purchased 374 tonnes of gold in the first half of 2019, valued at nearly US $16 billion, an all-time record. This number constitutes one-sixth of the total global gold demand during this period. This is a continuation of last year’s strong buying trend, during which time central banks purchased more gold in any one year than since 1971, the year we went off the gold standard.


For their part, the ETFs added an impressive 67.2 tonnes of gold to their holdings in the second quarter of 2019, reaching a six-year peak of 2,548 tonnes of total holdings. ETF activity tends to represent managed money, hedge funds, sophisticated investors, etc.


So, the central banks and ETFs are buying ‘en masse’ because they recognize risk in the global marketplace. And they are right, there is no shortage of concerning financial news and signals out there; negative interest rates in Europe, Brexit, a slow-down in the German economy, USA vs. China trade wars, Argentina falling apart (again) and all this talk of recession, recession, recession … it’s certainly enough to raise concerns, hence smart money is flowing into precious metals.


But there is a missing piece. Mainstream investors, people like my mother and father, who are always last to arrive to the precious metals party. Like most educated people, my parents do watch the price of gold and other commodities, like oil, move up and down. However, like 97% of the general population, they don’t actively buy precious metals. Most times, the price is too soft or dormant to be attractive, the equity markets are providing better returns, so they choose to ignore or avoid investing in gold or silver.


Then when prices begin to trend upwards, they say to themselves ‘gold is too expensive, I should have bought at $1200 … oh well, next time I’ll buy some when it’s cheap.’ But unfortunately, they won’t. Mainstream investors rarely recognize good value or long-term investment opportunities. Instead, they read the financials in their local newspaper, usually the headlines, buy almost exclusively blue-chip stocks or an index that Warren Buffet recommended. And there is nothing wrong with that, only that they miss out on excellent investment opportunities, one of which is precious metals.


Their behavior changes, however, once gold and silver headlines start hitting the front page of their local newspaper. Or maybe it’s a ‘hot tip’ from a friend at their church; ‘Pssst, Larry. Did you see what gold is doing lately? It’s up big time. You should get some’. Once this type of social behavior begins, it’s not too long before mainstream investors, people like my mother and father (bless their hearts, truly wonderful people), start queueing up at their local bullion dealer’s shop or open an online account to buy gold and silver.


And it’s then and only then, that the price will be driven up to new record highs. Because even with all the central bank buying and ETF money flowing into precious metals, it takes all three players at the party to drive the price through the roof.


In 2008, I experienced the early stages of the last precious metals bull market. I was a young man working for Kitco Metals at the time, one of the world’s largest retailers of gold and silver. I recall the ever-increasing number of account openings, phone calls, emails, dramatic intra-day price movements and then, as the bull market roared on, the exaggerated product premiums and eventual total lack of physical inventory left for us to sell our clients.


We aren’t quite there yet. But in the last three months, the headlines have begun to appear in major news publications. The talk of recession has increased. The number of new account openings at SWP in July and August were the most since our inception in 2015. The signals are beginning to accumulate. The metals prices already reflect this.


I sincerely believe we’re experiencing the early stages of the next precious metals bull market. Prepare yourselves. Mainstreet is on their way to the party, it’s going to get loud. 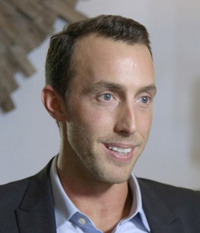 ​
Mark Yaxley is the General Manager for Strategic Wealth Preservation, a fully-integrated precious metals dealer and global storage provider. Following the completion of his studies at McGill University, Mark joined world-renowned Kitco Metals in 2006, serving as their Product Development Manager and Product Marketing Manager until 2013. Mark joined Strategic Wealth Preservation in 2014 as their Head of Operations and now serves as the General Manager, focusing on the diverse needs of SWP’s high-net-worth and commercial clients.​
​

a virtual blackout on the price of gold in other currencies. nyc media at work

Scorpio said:
But there is a missing piece. Mainstream investors, people like my mother and father, who are always last to arrive to the precious metals party. Like most educated people, my parents do watch the price of gold and other commodities, like oil, move up and down. However, like 97% of the general population, they don’t actively buy precious metals. Most times, the price is too soft or dormant to be attractive, the equity markets are providing better returns, so they choose to ignore or avoid investing in gold or silver.
Click to expand...
Sadly I'm with the grump paws and maws. dang it
communis error no facit just. A common error does not make law.

I'm somewhere in-between; I have never once have had to consider PM prices when buying.

How is that even possible? Simple -- for 40 years, I've had a modest, painless, "set-aside" budget. When the budget and PM price match -- Buy.

I doan givva shit what the "price" (in counterfeit) of PM's are, is, or has been. It simply just don't make.
"People do not have the right to unregulated rights in this country." -- Al Sharpton

Unca Walt said:
I doan givva shit what the "price"
Click to expand...
my my, you sure are a cantankerous old fart are you not?