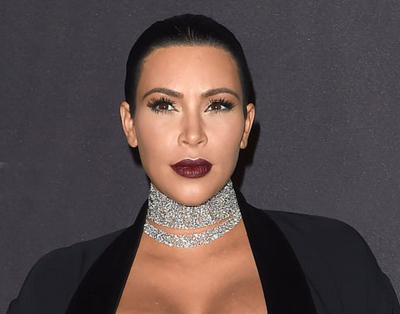 The mystery is at last revealed: why does the field of candidates for president score so uniformly low in trust, credibility, likability? Why are there no candidates of real substance, principle, and especially of real charm in this scrim of political basilisks? (Surely there are many people of substance and principle elsewhere in America — they just don’t dare seek the job at the symbolic tippy-top of this clusterfuck of faltering rackets.) The reason is that the problems are unfixable, at least not within the acceptable terms of the zeitgeist, namely: the secret wish to keep all the rackets going at all costs.

This is true, by the way, of all parties concerned from the 0.001 percent billionaire grifter class to the deluded sophomores crying for “safe spaces” in their womb-like “student life centers” to the sports-and-porn addled suburban multitudes stuck with impossible mortgage, car, and college loan debts (and, suddenly, no paying job) to the deluded Black Lives Matter mobs who have failed to notice that black lives matter least to the black people slaughtering each other over sneakers and personal slights. None of these groups really want to change anything. They actually wish to preserve their prerogatives.

The interests of the 0.001 percent are obvious: maintain those streams of unearned, rentier, notional wealth as long as possible and convert them as fast as possible into hard assets (Caribbean islands, Cézanne landscapes, gold bars) that will theoretically insulate them from the wrath of history when the center no longer holds. The poor (and ever-poorer) formerly middle class suburban debt serfs, for all their travails, can’t imagine living any other way or putting less of their dwindling capital into the Happy Motoring matrix. The Maoist Social Justice Warrior students are enjoying the surprising power and thrills of coercion, especially as directed against their simpering professors and cringing college presidents anxious to sustain the illusion that something like learning takes place in the money laundering operations of higher ed. The Black Lives Matter crowd just wants to be excused from their failure to follow standards of decent behavior and to keep mau-mauing the other ethnic groups of America for material and political tribute.

It must be obvious that the next occupant of the White House will preside over the implosion of all these arrangements since, in the immortal words of economist Herb Stein, if something can’t go on forever, it will stop. So the only individuals left seeking the position are 1) An inarticulate reality TV buffoon; 2) a war-happy evangelical maniac; 3) a narcissistic monster of entitlement whose “turn” it is to hold the country’s highest office; and 4) a valiant but quixotic self-proclaimed socialist altacocker who might have walked off the set of Welcome Back Kotter, 40th Reunion Special. These are the ones left standing halfway to the conventions. Nobody else in his, her, it, xe, or they right mind wants to be handed this schwag-bag of doom.

On Saturday, the unstoppable Democratic shoo-in Hillary lost her 7th straight contest to the only theoretically electable Vermont Don Quixote, Bernie Sanders. This was a week after it was reported in The Huff-Po that her campaign crew literally bought-and-paid for the entire 50-state smorgasbord of super-delegates who will supposedly compensate for Hillary’s inability to otherwise win votes the old-fashioned way, by ballots cast. Wonder why that didn’t make nary a ripple in the media afterward? Because this is the land where anything goes and nothing matters, and that’s really all you need to know about how things work in the USA these days.

The Republican mandarins are apparently delirious over loose cannon Donald Trump’s flagging poll numbers in the remaining primary states. Should Trump fall on his face, do you think they’ll just hand Ted Cruz the Ronald Reagan Crown-and-Scepter set. (They’d rather lock Ted in the back of a Chevy cargo van with five Mexican narcos and a chain saw.) The GOP establishment insiders are already lighting cigars in preparation for the biggest smoke-filled room in US political history, Cleveland, July 20. But what poor shmo will they have to drag to the podium to get this odious thing done? Who wants to be the guy in the Oval Office when Janet Yellen comes in some muggy DC morning and says, “Uh, sir (ma’am)… that sucker you heard was gonna go down…? Well, uh, it just did.”

As for the Dems: they are about to anoint the most unpopular candidate of our lifetimes. The BLM mobs have promised to deliver mayhem to the streets of the party conventions and don’t think they will spare Hillary in Philary, no matter how many chitlins she scarfed down last month in Carolina. The action in Philly will unleash and reveal all the deadly power of President Obama’s NSA goon squads when the militarized police put down the riots, and Hillary will be tagged guilty by association.

And that is how Kim Kardashian gets elected president.

Coming in June
World Made By Hand 4 (and final)

Praise for A History of the Future:
“Kunstler skewers everything from kitsch to greed, prejudice, bloodshed, and brainwashing in this wily, funny, rip-roaring, and profoundly provocative page- turner, leaving no doubt that the prescriptive yet devilishly satiric A World Made by Hand series will continue.” — Booklist

Also: Published as an E-book for the first time!
The 20th Anniversary edition
With an entertaining new introduction by the author

James Howard Kunstler is the author of many books including (non-fiction) The Geography of Nowhere, The City in Mind: Notes on the Urban Condition, Home from Nowhere, The Long Emergency, and Too Much Magic: Wishful Thinking, Technology and the Fate of the Nation. His novels include World Made By Hand, The Witch of Hebron, Maggie Darling — A Modern Romance, The Halloween Ball, an Embarrassment of Riches, and many others. He has published three novellas with Water Street Press: Manhattan Gothic, A Christmas Orphan, and The Flight of Mehetabel.

Reminded me of Hunter Thompsons Fear and Loathing On the Campaign Trail '72. Anyone else read that book? I don't think I finished it. Not one of Hunters better books IMHO. Maybe if I hadn't read it thirty years after the fact I could have appreciated it more.
Anyone up for some Fukashima sushi?

Scorpio said:
On Saturday, the unstoppable Democratic shoo-in Hillary lost her 7th straight contest to the only theoretically electable Vermont Don Quixote, Bernie Sanders. This was a week after it was reported in The Huff-Po that her campaign crew literally bought-and-paid for the entire 50-state smorgasbord of super-delegates who will supposedly compensate for Hillary’s inability to otherwise win votes the old-fashioned way, by ballots cast. Wonder why that didn’t make nary a ripple in the media afterward? Because this is the land where anything goes and nothing matters, and that’s really all you need to know about how things work in the USA these days.
Click to expand...
Best part of the article !!
Governments are NOT in the business of solving problems. Their business is to perpetuate, control and profit from problems. For to solve problems would stifle their growth and power.
TAEZZAR
11 Aug 1969
F

Why should we expect anything different while emerging from the "abundance to complacency/apathy" stage and entering into the "ignorance to tyranny" stage?
The republic was a nation built upon inalienable rights, it was not intended to be a democracy for the dictates of the majority, the powerful or the influential.
You must log in or register to reply here.
Share: Twitter Link