The NEXT Greatest Trade Ever: Billionaire Gurus Increasingly Point to Gold

The NEXT Greatest Trade Ever: Billionaire Gurus Increasingly Point to Gold
Stefan Gleason 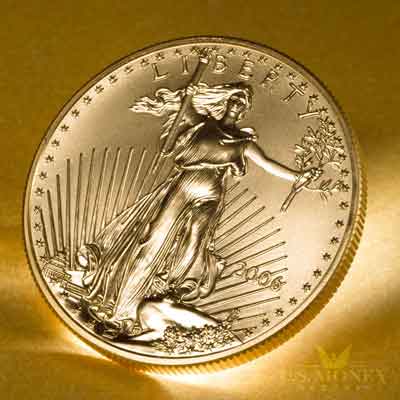 Mega investors have been talking up the merits of gold ownership lately. For example, the billionaire hedge fund manager who executed the “greatest trade ever” in 2007 is now pounding the table about the opportunity in hard money.

John Paulson rose to fame during the subprime mortgage crisis of 2007-2008 when his fund bet big that housing-related financial assets would crash.

Paulson loaded up on derivative instruments designed to rise in value as mortgages blew up. He cashed in for himself and his investors to the tune of $20 billion.

The greatest opportunity today may be to trade out of paper and digital assets and into hard assets. That’s John Paulson’s current investing thesis.

In an interview published Monday morning by Bloomberg Wealth, he issued a shocking forecast for the future of unbacked digital tokens that have lately been all the rage: “Cryptocurrencies, regardless of where they’re trading today, will eventually prove to be worthless. Once the exuberance wears off, or liquidity dries up, they will go to zero.”

Regardless of whether cryptos become completely worthless, they could become worth a lot less when speculators and technophiles move on to a new craze.

Bitcoin, Dogecoin, and the like have little utility beyond being a perceived as alternative stores of value. By contrast, the usefulness of physical gold and silver extends far beyond their historic role as money or their potential to function as money in the future.

Even if, as the naysayers claim, precious metals are no longer relevant as monetary assets (despite the fact that they continue to be accumulated by central banks around the world), gold and silver are in demand by high-tech industries, jewelers, mints, and others who value the metals’ physical properties. 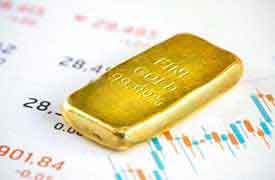 John Paulson notes there is “a very limited amount of investible gold” compared to an ever-expanding money supply, priming the monetary metal for its moment.

He anticipates that gold prices will be squeezed to the upside as investors exit low-yielding cash and fixed-income instruments in search of inflation protection.

Paulson isn’t a newcomer to the gold market. Back in late 2009, he put a massive chunk of his firm’s assets into precious metals-related investments.

“As an investor I became very concerned about having my assets denominated in U.S. dollars,” he said. “I looked for another currency in which to denominate my assets. I feel that gold is the best currency.”

Other billionaires and large institutional investors are accumulating gold as well. Many of them understandably prefer to keep quiet about their bullion holdings. But word is getting out.

The technology company Palantir surprised analysts who discovered it purchased $50 million worth of gold bars in August.

Among other potentially bullish catalysts, the “Bond King” sees the Federal Reserve Note declining further, leading to a big rally in gold once it breaks out of its recent trading range.

Gundlach told Yahoo Finance, “My number one conviction looking forward a number of years -- I’m not talking about the next few months at all, I’m talking about several years -- is that the dollar is going to go down. I think ultimately gold is going to go a lot higher, but it’s really in hibernation right now.”

Gundlach went on to discuss why a dollar decline is inevitable due to insurmountable debt levels. He further suggested that the U.S. is simply falling behind on the global stage, a problem existing for a generation now.

U.S. consumption is increasingly shifting to China, and that is also affecting the greenback. The dollar’s status as the global reserve currency of choice is under attack, and its days may be numbered as such.

Gundlach suggested that U.S. monetary policy is putting forth the notion that the United States could care less about its reserve currency status, and he thinks a decline of at least 25% is coming in the years ahead.

Meanwhile, Steve Forbes, Chairman and editor-in-chief of Forbes Media, also believes better days are ahead for the yellow metal.

Forbes recently discussed a variety of issues that support higher gold prices. He argues massive sovereign debts combined with ultra-low interest rates are likely to have a major impact on global financial markets in the years to come.

Regardless of whether one cares to listen to the views of billionaires (they definitely aren’t always right about everything), there is currently a strong fundamental case for higher precious metals prices in the years ahead.

Supply is becoming increasingly difficult for the mining industry to expand while new sources of demand are emerging constantly.

The fiscal and monetary backdrop has perhaps never been more bullish for hard assets. Massive sovereign debt levels are putting pressure on central bankers to pump up the currency supply and let loose on inflation.

Finally, geopolitical risks are a wild card for a potential surge in safe-haven demand for bullion.

The next great trade is setting up to be moving out of financial assets for hard assets.

To be sure, keeping some cash on hand for emergencies is wise. But banking one’s future on dollar-denominated instruments comes with a big downside; namely, inflation as it erodes the value of conventional investment portfolios.

If billionaire hard money holders are right, the big upside ahead is in precious metals. 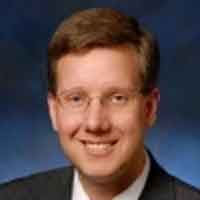 Gleason is president of Money Metals Exchange, a national precious metals investment company and news service with over 300,000 readers and 100,000 paid customers. He launched the company while president of a national newsletter publishing company dedicated to helping subscribers protect their freedoms, assets, and privacy.
He founded Money Metals Exchange in 2010 in direct response to the abusive methods of national advertisers of “rare,” collectible, and numismatic coins who mark up their coins to 50%, 100%, or even higher above their actual melt value. Money Metals believes the average investor should never purchase precious metals that are not priced at or near their actual melt value. The rare coin market is only suitable for highly experienced collectors with money to blow.
Gleason currently leads marketing, publishing, and real estate companies as well. Previously, Gleason served as Vice President of the National Right to Work Legal Defense Foundation in Springfield, Virginia. Gleason is a graduate of the University of Florida with a BA degree in Political Science.
Gleason has frequently appeared on national television shows and networks such as Fox News Channel's O'Reilly Factor and Special Report with Brit Hume, CNBC's Closing Bell, Christian Broadcasting Network, CNN, and C-SPAN's Washington Journal. He has frequently been interviewed on national radio shows such as the Lars Larson Show, Michael Reagan Show, G. Gordon Liddy Show, and Ken Hamblin Show. Gleason's commentaries have appeared in The Wall Street Journal, Detroit News, Washington Times, and National Review, among thousands of other national, state, and local newspapers, wire services, and Internet sites.
Click to expand...

Wish I could afford some of that Gold stuff.


.
"And yeah, you're gonna get wet"~ Jeff Williams

Paint?
"This is GIM, do you really think that sounds paranoid to any of us."
"God is great, beer is good and people are crazy" - Billy Currington

Close as I'm gonna get to owing any. Ain't got no bitty coins either!

.
"And yeah, you're gonna get wet"~ Jeff Williams

just a tid bit i noticed...

but no matter, as an 'investor', you're not going to get one ounce of it delivered anyways...

if he'd have said Physical Gold, i'd be more inclined to agree with him
...... it's all perverted!

Irons said:
Wish I could afford some of that Gold stuff.

Have you considered silbur Brother Irons? I read an article a couple of decades ago stating its going to the moon. Technology is creating a much larger demand than miners can keep up with. You can also throw a silver coin in a pitcher of water and it will stay fresh for 6 and 1/2 years.

Disclaimer: I own silver and someday would like to sell it.
Its ironic that the major factor in the government not being able to confiscate all guns is the deterrent that people have guns. By, Rollie Free

smooth said:
You can also throw a silver coin in a pitcher of water and it will stay fresh for 6 and 1/2 years.
Click to expand...

...or you can leave it sealed up inside that newly manufactured and filled container and it will stay fresh forever

it can get contaminated, but the water itself is not bad


and Fresh is one of those marketing words that actually doesn't really mean anything.....

but i like my gutter metal, i've got some pieces inside my water system,


just because i can