Time To Wake Up

Time To Wake Up
Jack Perry 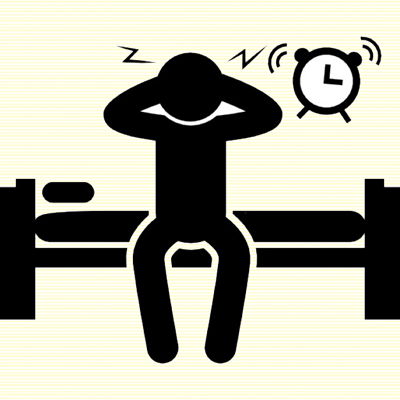 I’m afraid I’ve got some pretty bleak news for everyone though it shouldn’t be a surprise. We’re in some pretty serious deep dookey right now. Most people aren’t even aware of it. The United States government would like us to believe this cease-fire over in Syria has given us closure so we can move on now. Except this isn’t the amicable ending of a relationship, like the celebrities running our government think always works out in the end with both people finding snazzy new “life partners” or some-such.

Understand this: ISIS has not given up or conceded that they are defeated. In truth, the threat from ISIS has only just begun. They have not even yet shown us what they’re truly capable of. And the United States thinks this cease-fire is going to save us?! This isn’t North Vietnam, people. We can’t evacuate all of the America by helicopter as we did with the U.S. embassy in Saigon. ISIS still has aims and goals. One of them is revenge against the United States. That one right there is what’s going to motivate attacks from them for—wait for it—twenty years going into the future.

Twenty years? Yes, twenty years. I know the government would like you to believe that al-Qaeda just manifested out of thin air on 9/11. Wrong. They were birthed during the Afghan-Soviet War of the 1980s. But their mission to attack the United States wherever and whenever possible began in 1992. Why? Because we were squatting over there in Saudi Arabia, where we did not belong according to them. There’s a lot more to that, but this is a subject for another day. Right now, it needs to be pointed out that al-Qaeda began attacking the United States in 1993. Now, we are still at war with al-Qaeda. Therefore, this has been going on for over twenty years now.

However, we have a new dynamic in play with ISIS. The old al-Qaeda was, as we know, run by Osama bin Laden. They needed to get his okey-dokey to launch attacks. Maybe they needed him to sign off on the purchase orders or expense accounts or something. But when al-Qaeda launched an attack, it was because bin Laden or someone up the chain of command authorized it or ordered it. ISIS does not work that way. Just about anyone can declare himself or herself a member of “ISIS” and launch an attack all by himself or herself. No need to get permission, no need to submit a purchase order to get the supplies, they just up and do it. This is basically like the “Home Brew Kit” of terrorism: Everyone can do it.

There will be some people that think, because of that, we ought to start restricting Muslims and so forth. But do people realize that religions thrive under persecution? In fact, Islam came to be under heavy persecution against it in the very beginning. Not to mention that under persecution, religions go underground and begin to actually grow faster there than they might if not being persecuted. Look at the history of early Christianity. Under heavy persecution by the Romans, the faith went underground. That “fish” symbol you see on peoples’ cars? That was actually a symbol of the early Christians that they wore to identify one another under the noses of the Roman authorities. We cannot defeat ISIS by restriction of Islam as a whole. All that will be accomplished will be the religion will go underground and actually get stronger as a result.

Basically, ISIS is a “do-it-yourself kit” of terrorism. How are you going to defend against that? Remember John Walker Lindh? The average American kid that converted to Islam and got caught in a U.S. special ops sweep-and-clear in the beginning days of the war in Afghanistan? Yeah, how many of them are sitting over here in American suburbs right now? So how are you going to defend against that? You can’t. So we haven’t seen anything yet. I hate to say it, but I think we’re in for some very deep problems starting soon. It took al-Qaeda only a couple years to start attacking the United States once they decided to do so. Remember, they hit the World Trade Center with a truck bomb in 1993. Our government refuses to acknowledge the “lone wolf” terrorist attacks that have already happened as terrorism. Know why? Because that would say we ARE under attack, have been under attack, and more attacks are on the way. Yes, we are under attack.

I think we’re about a year out from a major attack from ISIS or some “do-it-yourself” homebrew version of it. I think they’re going to try and outdo 9/11 because they have this rivalry with al-Qaeda and so they’re going to want to make a bigger splash. I think the government is well aware of this, but they’re all protected by heavy security, surface-to-missile batteries, and fighter aircraft cover. They could snap their fingers and have an armored division in front of the White House. They’ve got nothing to be afraid of. They could bunker down in their hollowed out mountain in the West if they need to. The rest of us are the ones who are going to pay the price for them getting us involved in Syria. And I think we better enjoy the peace we have now because I have this weird feeling things are about to get worse. History shows us this was the case with al-Qaeda. History shows us these terrorist groups do not go away over time, they only get stronger over time. Time is their best ally.

I don’t want to go into detail about what could happen. I think all of us that don’t walk around in a daze can see we’re probably about to get hit by ISIS. I think they’re banking on the cease-fire lulling everyone into a false sense of things being “over”. What, ISIS will just turn in their AK-47s in some grand “gun buy-back” and go home? Sure they will. This isn’t over. We haven’t seen anything yet. When you have a terrorist entity that cannot be defended against because “anyone can play”, you have a situation that is far different than the old-school Baader-Meinhof, Red Brigades, IRA, and even al-Qaeda of the old days.

So what do we do? Well, I think people better start paying attention to their frickin’ surroundings, for one thing. My word, people walk around in a daze with their noses buried in their cell phones and music plugged into their ears. I’m not saying we need to be walking around paranoid. But people better start unplugging their heads from their keesters and wake up. Our government has gotten all of us in over our heads. This isn’t over. Cease-fires only work between governments. ISIS is not a government. 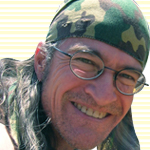 Jack Perry is an arrowmaker and writer who lives in the Four Corners area of the Southwestern United States. He has been a truck driver, a purchasing agent at a now-defunct renewable energy company (don't even ask him about the "Green energy" scam), and served in the 101st Airborne Division. He spends his time practicing traditional archery, making arrows in the wilds of the Arizona high desert, and finding himself only mildly amused by the antics of the Great Father in Washington.