U.S. shale-oil output is still increasing in the Permian Basin

Permian Basin is the ‘most prolific oil-producing area’ in the U.S. 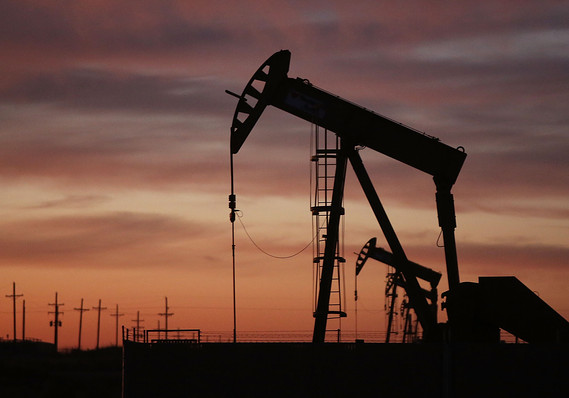 Oil production in the Permian Basin, which spans from western Texas to southeastern New Mexico, has been much more resilient in the face of the near-65% drop in oil prices CLJ6, -3.17% since mid-2014 than other shale regions, according to Charles Perry, chief executive officer of energy-consulting firm Perry Management. 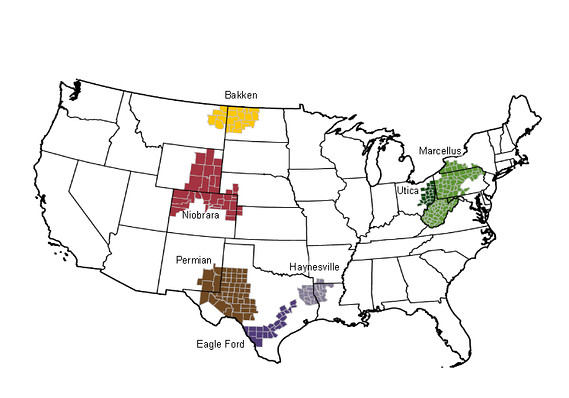 
Key U.S. shale regions
“Not all shale production is the same and production in most shale areas has fallen since 2014,” he said. But the Permian Basin has grown to be the “most prolific oil-producing area” in the U.S.


The region now represents 18% of total U.S. oil production, according to Perry.

Data from the U.S. Energy Information Administration show overall declines in oil output this year from the Eagle Ford shale play in South Texas and the Bakken shale play, which stretches from Canada into North Dakota and Montana. 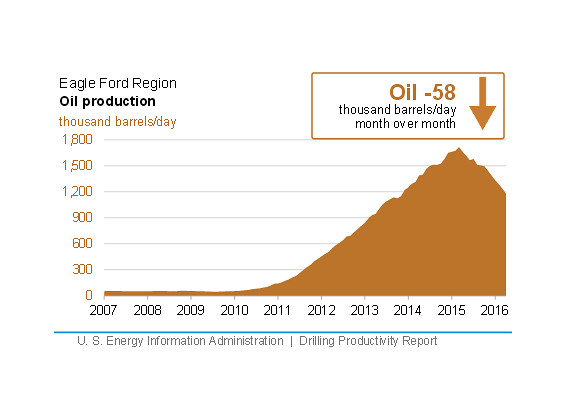 
The Eagle Ford shale region is expected to see the largest daily production decline out of the seven major domestic shale plays next month, data from the EIA show Monday. Output there is seen falling by 58,000 barrels a day to 1.177 million barrels a day in April.

Output from the Bakken shale region is forecast to fall by 28,000 barrels to 1.079 million barrels a day.

“The number of drilling rigs which are drilling new wells has declined dramatically,” said Perry. Also, “depletion in production in new wells in some areas has been substantial.”

Standing out
But while the number of rigs operating in the Permian Basin has declined considerably, that region’s oil production has been climbing steadily since 2010, said Perry.

EIA data released Monday showed expectations for a modest fall of 4,000 barrels a day in the Permian region’s oil production to 2.036 million barrels a day.

That follows steady increases over the past few months. James Williams, an energy economist at WTRG Economics, said the forecast output fall for April would follow a 7,000 barrel-per-day increase for March. 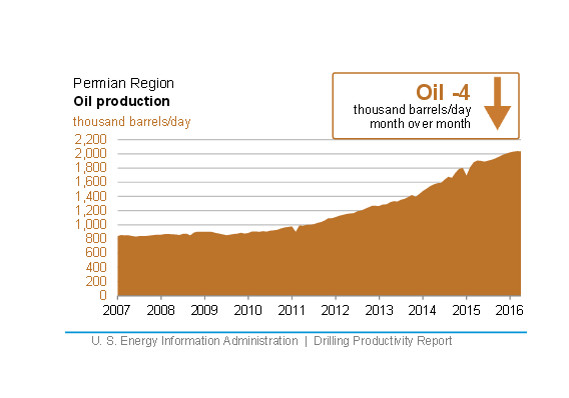 
According to the EIA, the Permian Basin is the largest crude-oil producing region in the U.S., and output from that area has exceed production from the offshore Gulf of Mexico region since March of 2013.

“Almost any location in [that region] can be a shale-oil project,” Perry said.

‘If you are in an oil-producing related business, the Permian Basin is the place to be in 2016.’
Charles Perry, Perry Management

“If you are in an oil-producing related business, the Permian Basin is the place to be in 2016,” said Perry.

New survey finds twenty billion barrels of oil worth up to $900 billion under west Texas in largest continuous field ever discovered in the U.S.

I paid a $1.89 in Colorado today. Drilling rigs are starting to pop up again in my area. The biggest problem around us is getting the oil to refineries. They are trying to get as many pipelines in as possible right now.
You must log in or register to reply here.
Share:
Twitter Share Link