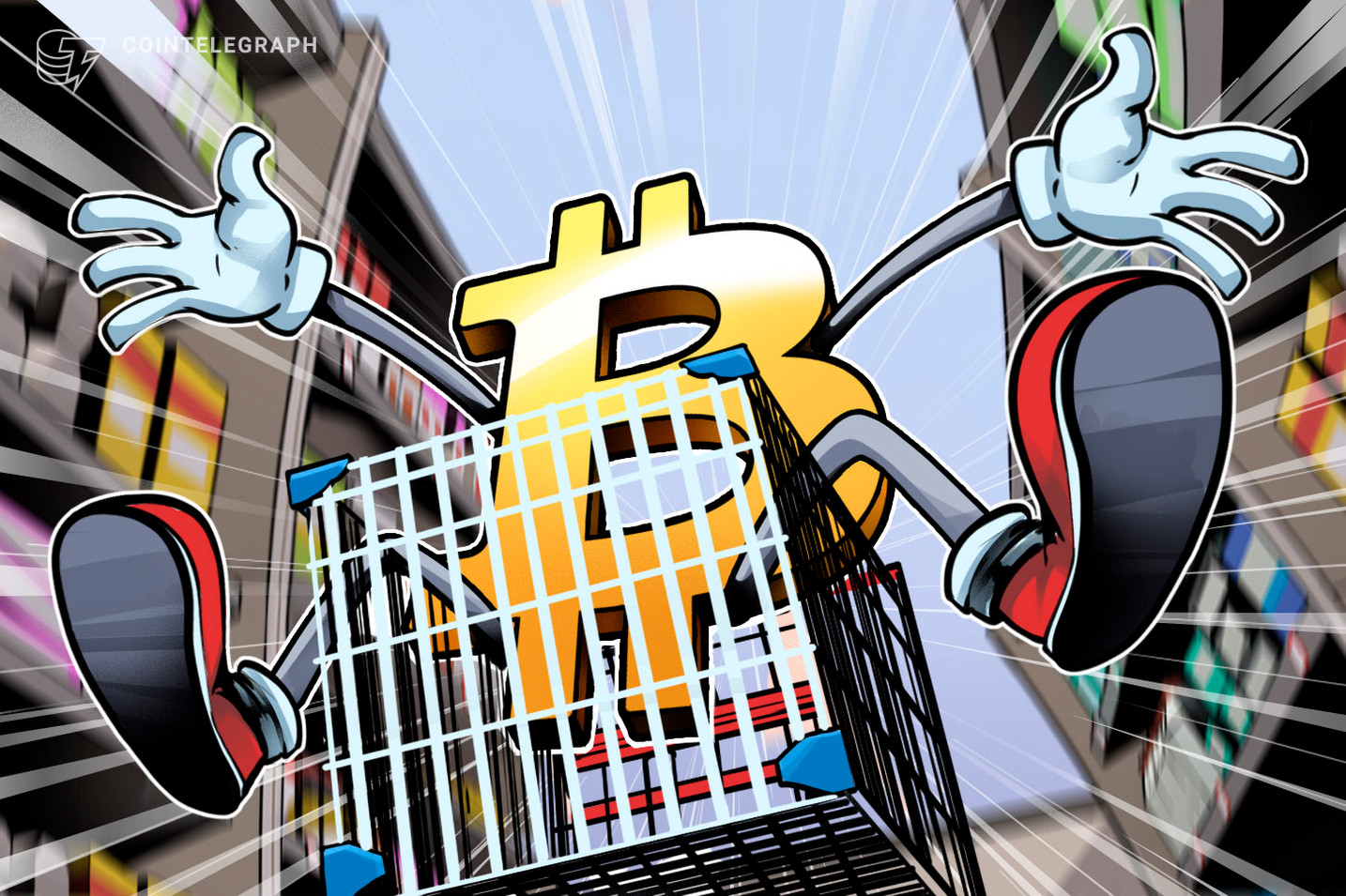 The “real” daily Bitcoin (BTC) volume spiked to levels not seen for three months amid Russia’s invasion of Ukraine.
According to the latest weekly update report from blockchain analytics firm Arcane Research, real daily BTC trading volume surged above the $10 billion last Thursday (Feb. 24, the first day of the invasion), marking the highest daily volume recorded since Dec. 4.
The firm cited “new crypto narratives” that have risen to the forefront among the ongoing crisis, such as crypto fundraising in Ukraine, along with demand increasing in relation to the western block and Russia introducing “the strictest capital controls in decades.”
Strong selling pressure from investors looking to take risk off the table on Thursday may also have contributed to the surge in daily BTC volume, as the price dipped 10% on that day.
The term “real trading volume” refers to data sourced from exchanges that are believed to be reputable and free of wash trading activities. In this instance, Arcane Research pulled its figures from the Bitwise 10 exchanges, which include Coinbase, Kraken, Poloniex, Binance, LMAX and FTX. 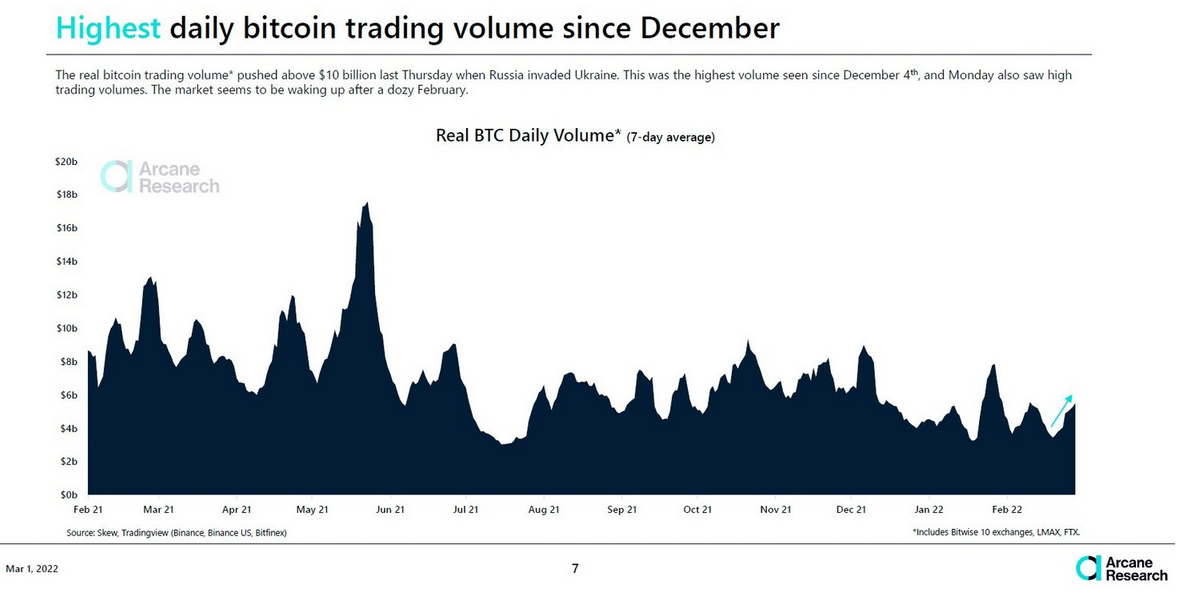 Real daily BTC trading volume: Arcane Research
In comparison, crypto data aggregators such as CoinGecko, which draws data from more than 500 exchanges, had BTC’s trading volume on Thursday at around the $25-billion region. Messari’s real BTC volume chart, which includes a number of additional exchanges, paints a similar picture to Arcane’s, recording a spike to around $11.6 billion worth of volume last Thursday.
Since Thursday, the real daily BTC volume has dipped to around $7.5 billion as of Tuesday, according to data from Messari.
Arcane Research also highlighted that the price of BTC saw its largest daily percentage gain in over a year on Monday, with the price jumping 14.5% in the space of 24 hours. The firm attributed the surge in part to Russian and Ukrainian crypto adoption (although the actual volume is relatively small in global terms) along with increased speculation on crypto’s use cases amid the current Russian invasion:

“Investors are speculating that crypto will become increasingly important apolitical and trustless money in a time of escalating geopolitical uncertainty, conflict, and capital controls. This speculation may have contributed to the 15% increase in the Bitcoin price over the past seven days.”
Click to expand...

Crypto in Ukraine and Russian​

With financial services and markets severely disrupted in both Russia and Ukraine, there has been flow-on effects for the use of cryptocurrencies.
The report pointed to data from last month showing a significant surge in crypto purchases from Ukrainian citizens.
Around the time the full-scale Russian invasion began on Thursday, daily Tether (USDT) stablecoin purchases on Binance via the Ukrainian hryvnia increased from around $2.5 million to as high as roughly $8.5 million by Friday. But the BTC/UAH chart showed a similar trajectory, surging from around $1 million to $3 million within that time frame. The crypto market is going much, much higher.

#48Fan said:
The crypto market is going much, much higher.
Click to expand...

A large part of the population that has the big bucks, are Khazarian Mafia, turning their ill gotten gains into Crypto, where they can use it in the country of escape, if Putin doesn’t catch and kill them first. You may want to listen to Clif High’s latest.
GUANTANAMO CONDOMINIUM ESTATES
Now available, spacious one bed cells, with stainless steel lidless toilets.
GERIATRIC FACILITIES AVAILABLE
IMMEDIATE OCCUPANCY
You must log in or register to reply here.
Share:
Twitter Share Link