We No Longer Have Markets – Only Interventions

We No Longer Have Markets – Only Interventions

The entire economic, financial and political system is skating on thin ice…

The actual quote is: “There are no markets anymore, just interventions – GATA.” The only people who deny that Central Banks and Governments prop up the financial markets are those who are completely ignorant of the facts, tragically naive or those who stand to benefit from some way from the market manipulation. Et tu, Bill Fleckenstein?

Of course, a populace which enables and allows the head Central Banker to stand in public and convince everyone that creating inflation is good for the economy – when in fact price inflation of necessities is running around 10% across the country (Chapwood Index), far out-pacing income growth, can probably be convinced of anything.

Rather than trust hearsay from me or GATA, how about from the horse’s mouth – the former White House Chief of Staff just 5 days ago:

It’s hard to label those who make an effort to expose the truth as “conspiracy theorists” when in fact those “conspiracies” are confirmed to be “conspiracy truths” by those who are involved with the activity being labeled a “conspiracy.”

The entire economic, financial and political system in the U.S. (and in most of the rest of the world) is skating on thin ice. I said 17 years ago that the corporate, billionaire and political elitists who are pulling the strings on our system will print money and manipulate the markets until they’ve wiped every last crumb of middle class wealth off the table. And then they’ll let the Comex default and the dollar collapse.

The money printing by the Fed enables these people to prop up the market s AND transfer wealth from your pocket to their’s. That the purpose of a fiat currency based system and that’s what is happening now. It’s also why I convert a meaningful percentage of my earnings into physical gold and silver (emphatically not GLD or SLV). The devaluative effect of the money printing on the dollar is the reason gold has risen in price from $35 to $1900 since 1971, with the majority of that rise in the value of gold occurring after 2000.

That end game is growing closer. 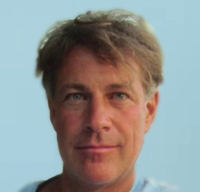 Dave Kranzler spent many years working in various analytic jobs and trading on Wall Street. For nine of those years, he traded junk bonds for Bankers Trust. He earned a master’s degree in business administration from the University of Chicago, with a concentration in accounting and finance. Currently he co-manages Golden Returns Capital, a precious metals and mining stock investment fund based in Denver. He writes a blog and offers in-depth, unique research reports to help people understand and analyze what is really going on in our financial system and economy:​

It's why I stack.

I've said this a long time - the markets are manipulated, and more and more, in obvious ways. It's not about recognizing product brilliance, or wise management or responsible finances...but about who has the Crony Connections, to control government regulations and provide carve-outs. Who has first dibs on the geyser of New Money that's being sprayed across the nation's C-Suites.

I believe in the miracle of Compound Interest. I have seen incredible wealth generation in the securities markets - I had an aged third-cousin will me, age 18, $500 in shares of a Big Pharma company. I left it alone, and life kind of interfered. The shares (paper shares then) sat in my father's safe with his important documents.

I'd forgotten about them. Dividends were paid to my mother, per instructions made before the share transfer. Not that they were much, at first.

Cleaning out my father's safe after his death, I found them. Updated shareholder information; and watched. That company was having a rough go of it; but even so...when I sold them a few years later, that $500 was worth $28,000.

That was then. Today is something else - and that kind of money-growth is not only not rare, it's meaningless. It shows only the inflation-debasement of the dollar, that today's dollar is less than 50 cents of a 1998 dollar.

We had our Golden Years, and they're now over. Time to return to basic values. Gold, silver, land.
"Inflation is always and everywhere a monetary phenomenon, in the sense that it cannot occur without a more rapid increase in the quantity of money than in output.”
-- Milton Friedman